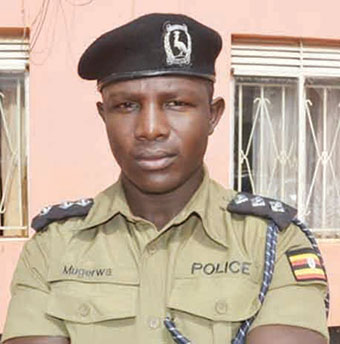 We have never met but I am reaching out to you as my clan ‘brother’.  The Uganda Police Force has dominated the news in the past few weeks for its excessive force and display of political partiality.

Many of us are still reeling from the shock of the social media video of the police vehicle that deliberately knocked down a citizen who was simply exercising his freedom of expression.  And even as your institution was still in the media spotlight, you decided to lend further credence to the brutality stories.

On August, a group of Ugandan citizens organized a private event which included a pageant and get-together party at Club Venom in Kabalagala. There were at least 300 revelers in the club enjoying the lively but peaceful event until around 10:30pm when you unleashed two dozen police officers on the club.

Armed with AK-47 rifles, they swung their batons at the unarmed and shocked revelers; they kicked, slapped, grabbed and handcuffed; they roughed them up and threw them onto pickup trucks.

People run amok and many were injured in the process.  With you in the lead, your officers caused such mayhem that several revelers panicked and jumped from the fourth floor of the club, one of them seriously injuring his spinal cord and is still confined to a hospital bed.

After invoking all this mayhem, you crowned it with the illegal arrests of several of the group, treating them like animals. They were groped, poked, abused and some were even stripped naked. The disgust and anger in your voice made them feel sub-human.

But Afande, the fact is that homosexual and transgender individuals are human beings that deserve the same dignity as you. What law had they broken?

Even if you believed that they had broken the law, couldn’t you and your officers follow the professional code that you swore to adhere to when you were recruited into the force?  How can you engage in an act of ‘mob justice’ when you’re supposed to prevent the same?  Even suspected criminals do not deserve such degrading treatment.

Is it really right to abuse people for being who they are? I’m sure that even those Ugandan taxpayers that hate homosexuals very much would rather see you and your colleagues channel your resources to matters that really harm them like child kidnappers, murderers, rapists, burglars, corrupt government officials and traffic law violators.

Finally, I kindly request that on one of your days-off, we meet over a cup of tea and have a friendly discussion about diversity, tolerance, love, and empathy and all those good things taught by the Holy books.


We must commend the police on homosexuality in Uganda

Recently, a group of Lesbians, Gay, Bisexual and Transgender (LGBT) members assembled at Club Venom in Kabalagala for a meeting without police clearance. Uganda police was subsequently alerted and the assembly was disbanded and they were cautioned.

As a country, we need to strengthen the defence of our cultural and Christian beliefs in order to protect our family traditions from internal and external threats.

The Bible vividly points out in Leviticus 18: 22: “you shall not lie with a male as with a woman; it is an abomination”.

The time is now for us to come out and protect Ugandan children that are vulnerable to sexual abuse and deviation as a result of cultural changes, uncensored information technologies and increased attempts by homosexuals such as those that were planning a “Gay Parade”.

Let us keep in mind the values that our nation has been built on so that we can protect our cherished cultural, legal, religious, and traditional family values against the new attempts of sexual rights activists.

When I read and studied George Orwell’s Animal Farm many years ago, it never crossed my mind that I would live to see it play out in my own nation.

But proceedings in Makindye Chief Magistrate’s court removed all doubt. Animal Farm is no longer a literature set book; it is a reality in my beloved nation. The pigs (using Orwell’s figurative in the book) have come full circle.

It is time the words widely attributed to General (rtd) Mugisha Muntu are echoed widely for the benefit of the new breed of the two-legged: “While in power, conduct yourself in such a way that when out of it, you can walk freely in the farm (my adaptation).”

Let govt bring our maids back!

I read with sadness press reports about a Ugandan maid stranded in Oman and whose life was in danger as a result of torture. This was not the first time we have heard such reports. Around the same time, there were reports about the mysterious death of another Ugandan maid in the United Arab Emirates.

The affected people are law-abiding Ugandans who went abroad to earn a living. One of the reasons we have embassies is to cater for the interest of our nationals abroad.

We have often seen embassies of foreign countries based in Kampala working hard and assisting their nationals in Uganda whenever they encounter problems. So, why are we not doing the same for our people? Is it because those affected Ugandans lack technical know-who?

Let the government collaborate with our mission in Oman, if there is any, to rescue that maid. Above all, let us put a ban on the exportation of ‘Ugandan slaves’ in form of informal labour to Middle East countries.