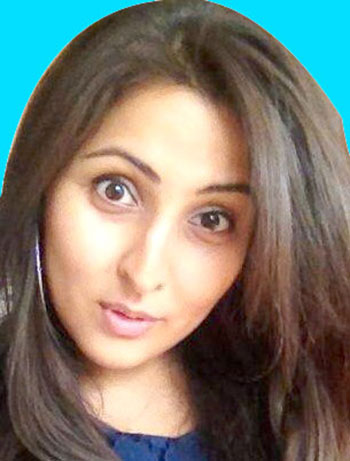 There is a proverb which goes that ‘Until the lions have their own historians, the history of the hunt will always glorify the hunter.’

Nowhere is this more evident than in the telling of the story of Uganda over the last 29 years. In many ways there is a contradiction; the country has grown and prospered while simultaneously stagnating.

We find ourselves telling a familiar tale: a longstanding government, a leader with a tight grip on power and a status quo being sustained.  Yet in this cinema of Ugandan politics, there is another leading role, for some the hero, for others the villain – Dr Kizza Besigye.

Time after time, Besigye has been knocked down – sometimes literally – only to get up and live to see another day.

One, therefore, wonders what his motives are for continuing to fight a battle which many have refrained from partaking in. What was the catalyst that led him, a man who was once the personal physician to the president, to desert those in power?

And why was he not seduced when so many of his peers were willing to turn a blind eye to the deficiencies of the ruling party so they could enjoy the spoils on offer? More importantly, how did relations between Besigye and President Museveni, deteriorate the way they did?

It is these questions that Daniel Kalinaki’s book, Kizza Besigye and Uganda’s Unfinished Revolution, provides answers to. Intrigue, drama, violence and, yes, that love triangle provide the perfect ingredients for this story.It, however, is no work of fiction; these are real lives which, like puppets on a string, have become casualties of a greater power play.

The reader gets great insight into the younger years of Besigye, from his childhood in Rukungiri to continuing his education at Makerere University. There are anecdotes of girlfriends, family, friends and a struggle with alcohol, all of which give a more human perspective to the man we know so little about.

Charted alongside this is the changing landscape of Ugandan politics, which, as Obote strengthens his hold on power, becomes increasingly volatile. This is Kalinaki’s first triumph, the concise and detailed historical account of all the major milestones occurring at the time, providing both context and a reminder of the horrors this country has seen.

No stone is left unturned in describing the battles of the bush war and the many sacrifices made which led to victory, a factor which the author deserves much applause for.

The book continues to chart Besigye’s role into government alongside Museveni and how it all fell apart. It is in these chapters when the tales of corruption, backbiting, infighting and nepotism within government are exposed, while an increasingly disenchanted Besigye looks on.

What begins as his concern at the murky dealings within the NRM fast spreads to disgust and anger as he accuses Museveni and his aides of betraying the very principles they fought for, a prime example being the issue of term limits.

Momentum steps up when he decides to challenge Museveni, a move that will lead him to exile, jail and facing trial for a myriad of false accusations. Meticulous accounts of imprisonment, beatings, and escape are provided; the nausea of Luzira, and the heart palpitations while trying to leave Uganda undetected transcend through the words.

In the midst of all the drama, Besigye becomes a husband and a father, and as the story continues, one cannot help but ask whether it is all worth it. The years spent in exile, the months in jail away from his son and wife, the loss of a brother and so many others; was this all for personal glory as some argue or an act of altruism for the sake of the nation?

In a clever move, Kalinaki mirrors the progression of Uganda and the modus operandi of the ruling party. As the government’s commitment to democratic and transparent values deteriorates, so do certain institutions. Furthermore, there is great detail on Museveni’s ‘personalisation of Uganda.

There is no doubt that Kizza Besigye and Uganda’s Unfinished Revolution is an exceptionally well researched book, much of the information gathered comes from Besigye himself and his wife Winnie. There are accounts of conversations held behind closed doors, debates, fights all of which Besigye or unnamed sources were privy to, which without this book perhaps we would never have known about.

And yes, this is about a fight between two men over a woman; but no, it was never Winnie; it was always Uganda. Critics have argued that the book fails to be objective or to give a nuanced perspective on potential solutions to treat the ills of Uganda today. It is from the perspective of Besigye’s political journey and the eyes of the writer, thus some subjectivity is to be expected.

Kalinaki must be applauded for telling the story of a leader who, whether loved or loathed, has chosen to stand up and be counted. An explosive read, which although answers many, many questions, raises a barrage more. If you are to read one book this year, let this be it.

The author is a friend to Uganda.