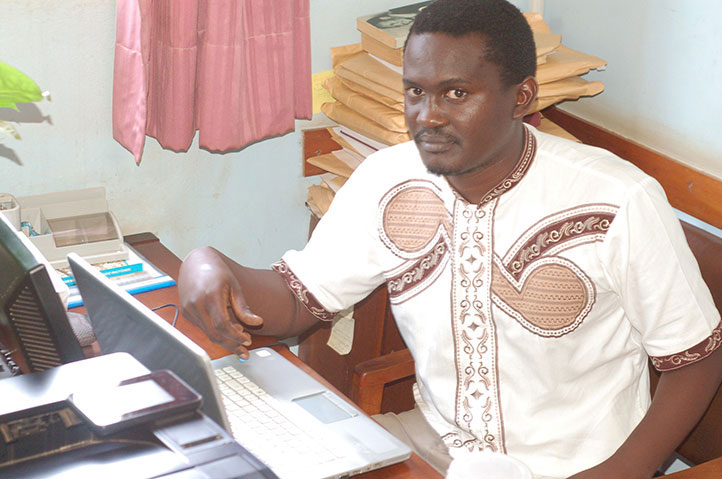 Dr Jimmy Spire Ssentongo is on the CMI hitlist. (That the Ugandan Chieftaincy of Military Intelligence actually has a hitlist is cringy enough).

This message was first delivered to the Ugandan public by tortured and exiled novelist, Kakwenza Rukirabashaija, and, most recently, by two mild anonymous sources. Could be a scare tactic, of course, but oftentimes, these things start as whispers in the dark—and soon become ‘breaking news.’ But what is really happening?

Somewhere deep in The Wretched of the Earth, Frantz Fanon warns that as the white man continues to pillage resources of the African continent—many years after formal independence—the African elite will be competing to serve the white man.

This elite will, thus, target and kill each other. They will assassinate, poison, or exile the most educated among them so as to be the favoured poodles of the white man. On his part, the white man will reward this political elite with holidays in their capitals.

They will build mansions in European cities, shop, and dine and seek medical treatment in London, Paris, Berlin and New York. The African elite will be the middlemen of the big businesses of the white man—and as board members and associates, they will definitely appear rich among their terribly impoverished compatriots.

Dear reader, with all the whispers of “officially sanctioned” poisoning and murdering of our best in the past years (our most exposed, most educated, most connected, most brave), from the clergy, politicians to military officers and businessmen, Frantz Fanon could never have been more prophetic.

And as our best die under suspicious circumstances, we have handed over our natural and human resources to the white man: banks, minerals (gold, oil, marble, fish), agricultural products (coffee, palm oil, sugarcane), telecommunications (Airtel, MTN).

All these things are proudly in the hands of foreigners—who take billions out of Uganda every day. Consider this: our political elite in government are treated—and some have died—in London, Berlin, or California. Some get their medical checks in these capitals. They have mansions, go on holiday or shopping in these capitals.

But to enjoy these white man favours uninterrupted, those in power—the middlemen of the time—have to eliminate perceived competitors. Cartoonist, humourist, guitarist, philosopher, writer, carpenter, painter, sculptor, scholar and activist, Dr Ssentongo only reminds me of the legendary Tumusiime Rushedge, or Tom Rush, the Old Fox, who was also a man of many stellar talents.

Surgeon, cartoonist, pianist, pilot, essayist, and novelist, Tom Rush’s escapades in the Sunday Vision, like his Ekanya cartoons in the 1970s, enchanted readers. With Tom Rush’s passing in the late 2000s, the gods blessed Uganda with Jimmy Spire Ssentongo, as a perfect and more activist replacement of the Old Fox. Perhaps one of Kampala’s leading public intellectuals, Dr Ssentongo has been guiding discourse in the country for over a decade now.

Sadly, as Museveni’s government gets more paranoid—in the service of our friends in Total, Cnooc, Airtel, MTN, Pinetti, ABSA, Stanchart, USAID, etc.—is rumoured to have him on their hitlist.

Dr Ssentongo has clearly put a brave face on all of this. Through his Twitter handle, he has shared the messages of caution and warning from both strangers and friends. Recently, a more poignant message posted on November. 22 read: “Spire, forgive me, I’ll be blunt... In my entire lifespan, I have seen 6 cases of wasted talent in Africa & I think you are one of them. Had you not been born in a brainless country like ours, you would be very rich. Instead, you’ll be poisoned.”

Ssentongo decided not to disclose the source of this message, but the two halves of this message, both come from a mournful, but clearly informed place. One half of the message strongly recognises Ssentongo’s stellar talents (maybe not wasted, but unbusinessified and made more lucrative), and the other half of the message warns of the fate likely to befall him—poisoned for his talents.

The second half of this message made more sense when a couple of weeks later, on December 4, Ssentongo published another, even more worrisome message: “Bwolaba ku Dr Jimmy Mugabe [Mugambe] yegendereze ... [he] is on the list of CM...”

Spelled in full (and translated), this warner sent a message through another person advising Dr Ssentongo to be more cautious (in his cartooning and general activism) because he was on the CMI watchlist.

Dear reader, in the context of the ongoing kidnaps and torture of people in and around Kampala by security agencies—typical of the well-publicised panda gari under President Obote—there is reason enough for us to worry about Dr Ssentongo. Otherwise, why would a civilian academic and humourist be on the Chieftaincy of Military Intelligence watchlist? Not the police! But military intelligence! Why?

To this last message, however, in his typical critical cutting-edge humour (for which he will soon be staging his first stand-up special, before he is taken out), Ssentongo commented, “This must be a lie, not our democracy!... I hope I have not stolen a gun!” I do not have to explain the seriousness of this joke.

Dear killers (CMI, hired gangs, poisoners, or others) before you execute your deed, remember: (a) these killings are part of the colonial script, and the new coloniser has colonised all of us. Like the house negro, they have only turned you into privileged killing machines—but soon, you will be their targets. You and Dr Ssentongo have the same enemy, the one smilingly stealing our resources every day (in coffee, gold, oil, telecoms, banks, etc).

(b) It takes years and resources to produce a Jimmy- Spire-Ssentongo. Even with innumerable resources, oftentimes, it goes down to talent. You could have a duplicate version, but would be great to keep the original copy.

+10 #1 Lakwena 2022-12-07 12:56
But Dr. Yusuf Sserunkuma, unless you are being diversionary or reactionary; since without fail, you even write more critical and blunt articles about our tormentors in the Observer more than Dr. Spire Ssentong; why aren't you also on the CMI's Hit List?

Or, you are one of the bazungu priced Middlemen you are herein talking about.
Report to administrator
+1 #2 Immaculate Nambi 2022-12-07 17:12
I was put off this Article the moment I sensed that Yusuf take the now predictable route of the "white man". Enough with this, already! Count is us some clever, Dr.
Report to administrator
+1 #3 Akot 2022-12-07 18:13
Lakwena, thanks.

But, who are those in CMI terrorising, killing Ugandans while Museveni's family business flurishes?

Why are tribal leaders still in posts ensuring Uganda belongs to Museveni & family when just;

- NO to the tribalistic system,

are all that Ugandans need to block & show Museveni way out?

Why are Ugandans ensuring Museveni's son replaces the dad & what change will that be?

What is wrong with Ugandans?
Report to administrator
+9 #4 Lysol 2022-12-07 20:07
Yusuf, you are making a statement which cannot be independently verified. It seems made up.

Did you not used to compete with Spire on posting articles in here? Maybe you could take sometimes off and come up with a better article later.
Report to administrator
0 #5 Wante Martino 2022-12-12 14:07
Quoting Lysol:

Yusuf, you are making a statement which cannot be independently verified. It seems made up.

Did you not used to compete with Spire on posting articles in here? Maybe you could take sometimes off and come up with a better article later.

Yusuf, you are making a statement which cannot be independently verified. It seems made up.

Did you not used to compete with Spire on posting articles in here? Maybe you could take sometimes off and come up with a better article later.

The POINT is that it can't be verified independently. Fake news.
Report to administrator