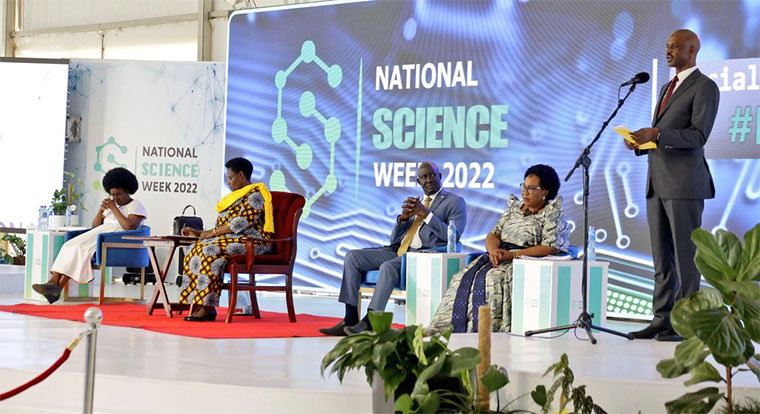 By the time I got out of bed, my alarm had gone off a million times and I had turned it off the same number of times.

I had gone through a hectic week and my body really needed some good amount of sleep. Nonetheless, this is not the morning that I would have wanted to get such an amount of sleep. This was the day I had to go for an interview for that lucrative job that I had always wanted so as to make that great leap in life.

However, I had woken up at 7 am in the morning and the interview was scheduled for 8:30 am. I stayed in Kitetika on Gayaza road and I had to be in Kampala city centre before 8:30 am. I rushed to take a shower and ran out of my house so that I could get the 7:20 am bus coming from Kiteezi to Gayaza through Luteete.

At Luteete, I would connect with the Gayaza-Mpererwe bus which leaves at exactly 7:30 am. I would then be in time to get the train leaving for the city centre from Mpererwe at 7:35 am and by 8:25 am I will be in Kampala for my interview.

Twenty years ago, I wouldn’t have even thought of being in time having woken up for this interview at such a time because even leaving my house with such heavy rains on that morning would have been impossible. Not even with private means would help given the muddy roads of the time and the jam that used to come with the rain.

I reached the central train station at 8.20 am and thus had sufficient time to dash for my interview. The streets were clear and free of any boda bodas and taxis plus all street vendors. So, I could freely and smoothly walk at the desired pace without even the fear of being knocked down by an irate boda boda rider or taxi while crossing the road.

Twenty years ago, that wouldn’t have been possible. As I was entering the interview room, I woke up and remembered that I had to be in Kololo for this year’s science week. This dream reminded me of Peter’s vision in the Bible in Acts 10:9-16, where Peter had a vision of a sheet being lowered from heaven and it had all kinds of unclean animals and the Lord told him to kill and eat because he was hungry.

Up until that time, all the Jews regarded all non-Jews as unclean; they thus couldn’t enter their houses leave alone eat with them or their food! Later that day, Peter was instructed by God to go to the house of Cornelius, a Roman army officer, and there, God showed him that what he regarded as unclean were also God’s chosen people.

His perspective changed from that day going forward and he worked at changing the view of his fellow Jews towards the non-Jews/Gentiles. Uganda is a country that is aspiring to become a middle-income country and eventually a developed economy by 2040. These aspirations are contained in the Uganda Vision 2040, which was developed by the National Planning Authority.

Planned for in the Vision 2040 is the development of infrastructure for energy, water, transport, ICT, oil and gas; parks for industry and science and technology; exploitation of minerals like iron ore, phosphates and gold for economic development; multi-lane paved road network and accelerated industrialization through nurturing and building job creating industries like vehicle manufacturing, among others.

The vision also talks of exploring the space science and specifically highlights launching a rocket into space and establishing the space science programme. Uganda Vision 2040 ultimately talks about harnessing science technology engineering and innovation to aid the transformation of our society to a modern and prosperous economy. But just like Peter, many Ugandans think that the vision is something far-fetched.

Recently, the world celebrates the Science Day and Uganda took part in these celebrations. The Secretariat of Science Technology and Innovation in the Office of the President led Ugandans in the celebration of the World Science Day.

To this effect, an exhibition that shows what the country is doing to use science technology and innovation (STI) to facilitate the achievement of Vision 2040 was put on by the secretariat at Kololo independence grounds.

Going under the theme. “Uganda in 2040: The Future we want Through Science Technology and Innovation (STI)”, the exhibition showed what Uganda will look like in 2040 when we exploit STI. The set-up at Kololo showed the different areas that Vision 2040 focuses on and these were displayed in the different value chains or bureaus concept set-up.

No wonder I had such a good dream because the Kololo set-up gave you a wonderful picture of how the country is going to look like by 2040. The aerospace and aeronautics bureau is working to achieve the space aspirations of the country and it is under this bureau that the satellite that was launched into space on November 7 and the entire space science programme is being championed.

The Bureau on Mobility is leading the country in innovations that will lead to the future desired transport systems, that can enable me to wake up late and still arrive on time for my planned engagements. This works with the Infrastructure Innovations Bureau which thinks and innovates modern infrastructure not only for transport but also for mineral exploitation and other STI related work.

Uganda Vision 2040 talks of industrial advancement and harnessing of knowledge with ICT to develop the capacity that the country needs to tackle the challenges for Uganda’s development and also exploit the abundant resources including the young labour force.

This is being handled under the Industry 4.0+ Bureau, with a display of the players advancing the robotics field in the country and everything related it. The works of all these four Bureaus or Value Chains lead to the development of products that can promote exports, import substitution and accelerate the productivity of the general public.

Remember my dream, spending just that amount of time and not missing out on a career opportunity is accelerated productivity in the economy!

So, the Science Week was set-up in such a way that we could visualise Vision 2040 under these different Value Chains and thus appreciate the efforts of all the players along the different chains. Additionally, to recognize and show Ugandans that a number of things are happening and are possible in Uganda.

I know many of the people who passed by Kololo that week have already had or will have dreams such as I did! Don’t brush them off, may they be an inspiration for you to plug into your space and work with all Ugandans to see that we achieve our Vision 2040.

May you not be like Peter and think that every Ugandan who tells you that we can work together and achieve Vision 2040 and he/she is working towards that is a thief in government. Every Ugandan deserves to see the aspirations of 2040 achieved and may you work like Peter to change the views of others around you so that together we achieve the Uganda

The author is Team Lead Policy and Planning, Science Technology an Innovation Secretariat, Office of the President