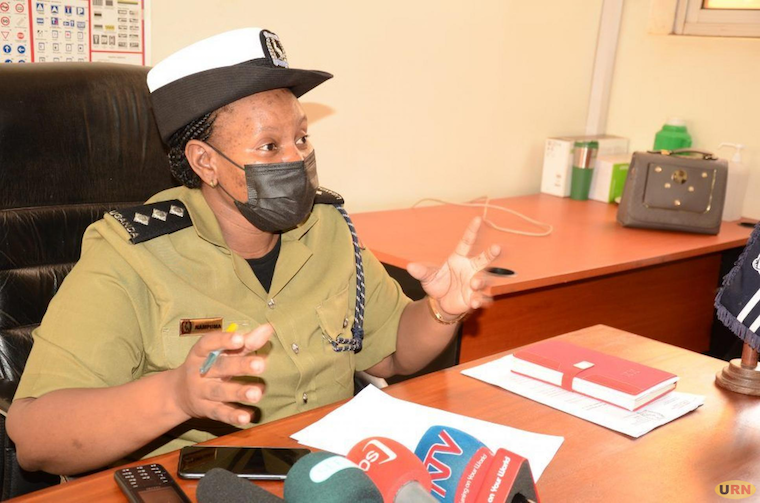 A friend of mine bought a car recently from a good friend. Unknown to both of them, though, the car had an express penalty ticket from the previous user.

They were both shocked because they thought tickets are now being charged on the errant driver’s permit. Criminal responsibility is personal. If someone committed a traffic offence, why should an innocent person pay for his crimes.

This goes beyond due diligence because it appears to be fraud perpetrated by errant drivers. Once a car accumulates several tickets, he sells it to an unsuspecting person to avoid paying.

I think it is a system problem, which needs to be addressed by the Police. I suggest that all cars that have express penalty tickets should be freed and tickets be channeled to the wrongdoer.

It is like someone committing a murder and upon being found guilty, he says; you know what, let someone else serve my sentence on my behalf. That is not acceptable. You are criminally-charged personally.

In this era where police can track each and everything, surely they can track down someone who did not pay an express penalty ticket and save many innocent persons.

I want to thank Barirega Akankwasah, the executive director of the National Environment Management Authority (Nema), for the actions taken to ensure that the critical eco-systems under threat are protected from encroachers.

I was so happy to see Nema recently stopping encroachers from filling Lake Victoria with the soils, and ordering Hoima Sugar Limited to restore some parts of the Bugoma forest reserve, halting the destruction of the Nakivubo wetland.

The above actions are good because they promote environmental conservation efforts and address the causes of climate change in our country.

Nema and other agencies conserving the environment should also ensure that district and city physical plans are respected.

On evening October 12, 2022, my workmate shared a disturbing video of two minors accompanied by a petition from a concerned parent to the Uganda National Teachers’ Union-Unatu.

In the video, female teachers instructed the minors, barely four years old, to repeat an act of sexual misconduct they were found performing as the teachers recorded what was happening.

In addition to this, the teachers, some of whom were holding sticks and threatening the minors who looked every inch scared, told the two what to do.

I could hardly bring myself to complete watching the less-than-two-minutes video because I felt enraged by the actions of the teachers.

True, the minors erred but forcing them to repeat the action, recording it, and sharing it with the entire world to see is an abuse of trust the parents placed in teachers.

These minors will surely need counselling to overcome this trauma and later on how to deal with their innocent action. I think these teachers need to be called out and reprimanded for their actions.

School proprietors also ought to recruit responsible people to run their schools. It is not enough to erect buildings and hand them over to the first person who shows up to be in charge of young souls, otherwise we risk killing entire generations.

Can Mao be trusted?

On July 20, 2022, the Democratic Party President General Norbert Mao signed a memorandum of understanding with President Yoweri Tibuhaburwa Museveni who is the president of Uganda and chairman of the ruling National Resistance Movement (NRM) political party.

The two men, who claim to have signed the MoU on behalf of their respective political organisations, said they had put pen to paper endorsing a working agreement, and not an alliance per se.

The following day, President Museveni made a mini reshuffle of his cabinet and appointed Mao to head the Justice and Constitutional Affairs docket. The ministerial office had been vacant for months. The question is: why did it take so long for the appointing authority to fill that critical docket?

Mao insists that he, among other things, discussed the peaceful transition of power” with Museveni. I wonder who convinced Mao that he was the missing link in that jigsaw puzzle.

In the recent general elections, where many members from DP crossed over to the National Unity Platform, Mao described the exodus as inconsequential. Mao vowed to resign his party presidency if he didn’t win at least 15 parliamentary seats in the current 11th parliament.

When the dust settled, Mao’s number of DP legislators in the August house had been reduced to nine MPs out of the 529 seats. Mao didn’t keep his promise.

Much as they say there are no permanent friends or enemies in politics, this raises serious concerns about Mao’s integrity and trustworthiness. Is he to be believed? Should such a man be trusted with such a critical docket of Justice and Constitutional Affairs?

What about the emerging disagreement on what was agreed in the MoU? Were the two men reading the same script or singing from the same hymn book before signing on the dotted line? Who took the other for a ride?

We all know that NUP obliterated NRM from Buganda, including its holy land or “Mecca” of Luweero and yet Mao has been fighting the nascent political outfit singlehandedly and vowed to defeat it. Now that he holds such a critical ministerial appointment, is NUP safe or won’t he avenge the humiliating exodus of his DP members?