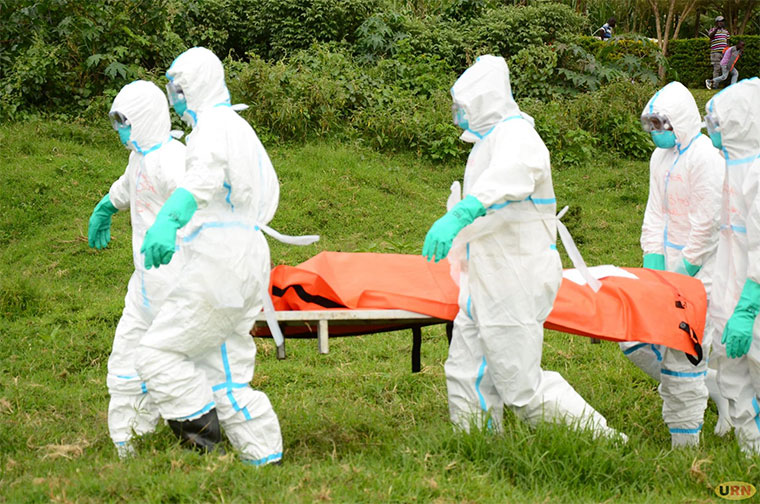 She suggested a lifestyle audit for all people in custody of public resources. The president, who she counted on to support her noble proposal, advised otherwise. The president argued that an aggressive crackdown on the corrupt would chase away “investors,” who would build hotels here.

That meant thieves attained an untouchable status. Now corruption is like termites gnawing at every corner of the foundation of Ugandan house. We have already seen some pillars of the state become rickety.

It’s embarrassing to see our sovereign state holding out begging bowls for help whenever a pandemic breaks out. The donors are also tired of throwing their money at yawning jaws. Angry that most of the assistance ends up in private pockets, the deep pockets have now decided to deal

with non-government agencies, which have a semblance of accountability. How embarrassing that the government can no longer be trusted with money!

That is a sign that the termites have already gnawed away one pillar—trust! When the COVID-19 pandemic erupted in 2020, Ugandans and other donors contributed cash, cars, and other items to help those impacted by the disease. When President Museveni announced the nationwide lockdown to control the spread of COVID, some government officials turned the shutdown into a gravy train.

International organizations such as the World Bank and the World Health Organization contributed and lent money to Uganda to fight COVID. What did we have to show for it? The people who needed food most—the city dwellers, got stones with a sprinkle of beans.

The maize flour and rice were not fit for human consumption. Yet good money was released to help those in need. Further, the ministry of health contracted a private company of highly connected individuals to supply oxygen cylinders and other equipment.

These too, according to the 2021 Auditor General’s report, never delivered all the items. Even those that were delivered were far below standard. Neither the director of criminal investigations nor the IGG have interested themselves in this fraudulent transaction!

The decision by the donor community to stop direct Ebola funding is very telling. It means donors have had enough. The core is leaking, and any time the center will implode. But the other question is, what is the responsibility of the state when it comes to protecting Ugandans.

How can Uganda claim to be a sovereign when all the time an epidemic erupts, we shamelessly pull out our begging bowls!

The National Resistance Movement government ought to treat the Ebola disaster as a security matter that needs all efforts of all government agencies. And they need to get rid of this termite called corruption.

0 #1 Lakwena 2022-11-18 07:25
In other words the Observer Editors, if Mr. M7 is the self-confessed Cheerleader of the corrupt, whoever supports and campaigns for the continuity of the current bankrupting NRM regime, is the mortal enemy of Ugandans, humanity and God..
Report to administrator