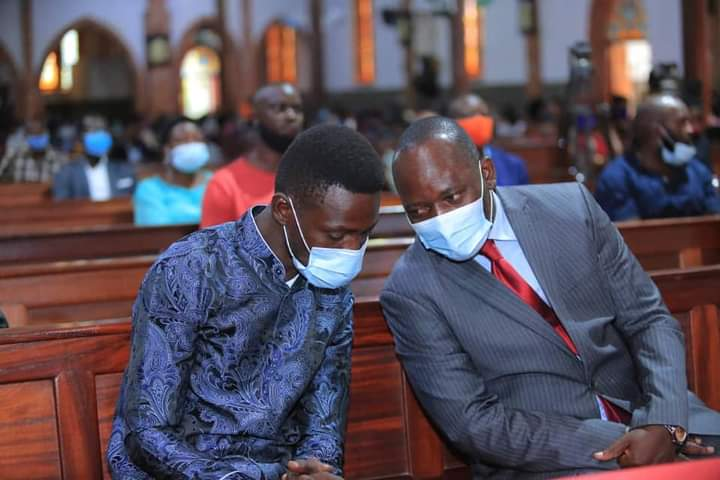 Busiro East member of parliament, Medard Ssegona is undeniably a very brilliant man. Under a different regime of politics, this man would be the prime minister if not the president himself.

Sadly - and this is my problem with competitive-winner-take-all so-called multiparty politics in Africa - he remains simply “a member of the opposition,” and all his talents are reduced to this second-rate, almost useless role, in a country where properly educated people are too few and far between.

Asked to comment on the deepening, raging split (Sunday Monitor called it a split, I am not sure it is), between leader of opposition Mathias Mpuuga and National Unity Platform president Bobi Wine, Sseggona had some less sanguine comments.

In typical Sseggona flair, the comments are masked in subtlety, but are undeniably loathsome. Let me start with the story of this twilight saga: The story goes that a section of NUP legislators in parliament are bitter with Mathias Mpuuga’s politics as he stands tall as the leader of opposition.

The story continues that even the NUP leader, Bobi Wine, is bitter with this same man. But there is also another section of NUP legislators, dubbed the G-UNIT, which has taken sides with Mpuuga.

While the Bobi Wine-leaning section consider Mpuuga out of touch with reality — especially with his Legislative Agenda, a thing he promoted like he lived under a democracy — the Mpuuga-leaning section is content their man is on the right track. (I should say there is no split but, rather a beauty contest, and will explain in a while).

But more than Mpuuga’s legislative agenda that the anti-Mpuuga camp considers largely useless, they also point to Mpuuga gagging them from actual activism, the thing that made them MPs in the first place. (I am not sure they mean what they are saying, but it is nice they are saying it anyway).

Among other things, as Sunday Monitor reported, they point to the ways in which Francis Zaake — my favourite legislator — has endlessly been gagged on the instigation of comrade brother, LOP, Mathias Mpuuga (not directly, and I am paraphrasing).

Commenting on these and other things, Sseggona called these anti-Mpuuga, Bobi-Wine-leaning MPs chaps who do not understand their roles in parliament: “I assume these are new MPs, but did they care to find out what to expect in parliament when they were coming?

Sseggona noted in wittily-delivered ridicule. “We would have been happy to tell them the truth for them to either choose to come or stay away from parliament,” he charged further. This is classic Sseggona shining in sarcasm.

Then, Sunday Monitor quotes Sseggona giving himself away: “Parliament is not a boxing ring, it is not an arena for hurling insults at each other... it is, rather, a place to exchange ideas, make research and talk to each other about whatever is happening. Tell those anonymous sources of yours that matters are handled by leaders, and not in the press.”

There would have been no problem with Sseggona’s understanding of parliament were it not ahistorical, bereft of context and terribly text-bookish.

First, the type of parliament that Sseggona is talking about is one only found in fully established democracies (where, also it often turns into a boxing ring). Wasn’t this man in that Ugandan parliament when Museveni’s Special Forces Command raided that house and broke some bones?

Ironically, Sseggona, Mpuuga and co. have over and over again reminded us that Museveni is no democrat. How, then, do they expect a non-democrat to preside over a democratic parliament?

Secondly, Sseggona’s basic understanding of parliament runs with neither nuance nor political context. Parliament isn’t a building nor simply a place where debate and researched ideas are exchanged. That is the high school definition.

Understood in a more progressive sense, parliament is a space of struggle and contest, a space of rival views and ideas often determined by regimes of violence. Negotiations in parliament tend to take different forms. While speech is the most commonly used form, threats, insults, bribing, bullying and boxing are acceptable terms of engagement.

These terms are amended depending on the politics of the time. Indeed, if Sseggona was honest enough, he would admit that power determines the ways in which it is opposed.

What Museveni has taught over the past years is that a parliament can move from being a stage for sheer clownism to a dealers’ house (where all political negotiations are monetary transactions), and in other cases violence. Thus, turning parliament into a platform, theatre or moving it to the streets is entirely in sync with the politics of our time.

I do not want to believe that Sseggona does not understand the sense of parliament I have just spelled out. But under Museveni’s politics, brilliant folks working in this parliament find themselves in an existential dilemma.

(And I mean all of them from their leader of opposition, Mathias Mpuuga, brainy folks such as Sseggona, all those allegedly anti-Mpuuga legislators, and Bobi Wine himself, even when not directly in the house). The truth is Museveni’s parliament is overwhelming. It is entangling.

To be smart and honest is to be in a wrong place. You are either content to join in on the eating—which normally happens by dispossession—or ready to be in trouble— like my man, Francis Zaake—disrupting the eating.

NUP-leaning legislators were platformed and sent to that house to disrupt the eating. While they know this was their assignment, they found the house designed in ways that made joining in more attractive and irresistible than disrupting a feast.

They were also hungry. They are now content to behave like they were oppositional legislators in the UK. We see you, fellas.

To be clear, there's nothing good that will ever come out of M7's parliament as long as M7 is still in power.

The primary purpose of parliament is to legislate, however, all the laws which M7's parliament has made are designed to keep M7 in power and continue looting our country for life.

NUP has done completely nothing but make matters worse! Mpuuga, Segona and company are all useful idiots. Period.
Report to administrator
-1 #12 Remase 2022-09-29 01:08
Lakwena, do you think what I am thinking? Well, that will be for another day. However, haven't heard from someone who is deceitful and lied to us that Yusuf is driving a big car [probably a Bugatti] which doesn't fit his earnings!

Mawa, could you tell me one thing which NUP has done that you consider to be Mawa. Each time Yusuf points out what really NUP is, a fugazi, you come out to insinuate that he is paid and driving a car that he can't afford!

Mpuuga has gotten closer to M7 and is in bed with M7 to the extent that he is protected by M7's SFC army!
Report to administrator
+4 #13 Lysol 2022-09-29 03:10
On a similar note, what is up between the overachiever trophy wife of Besigye, Byanyima and Museveni on one hand, and Bobi wine?

Something must be going on for her to meet both of them in one day. Not by coincidence as we are told to believe. That is something out of Museveni's play book.
Report to administrator
0 #14 Lakwena 2022-09-29 07:52
Quoting Remase:

Lakwena, do you think what I am thinking? Well, that will be for another day. However, haven't heard from someone who is deceitful and lied to us that Yusuf is driving a big car [probably a Bugatti] which doesn't fit his earnings!

Mawa, could you tell me one thing which NUP has done that you consider to be Mawa. Each time Yusuf points out what really NUP is, a fugazi, you come out to insinuate that he is paid and driving a car that he can't afford!

Mpuuga has gotten closer to M7 and is in bed with M7 to the extent that he is protected by M7's SFC army!

In other words Remase, Mpuuga is as DP as Norbert Mao. At night they roll in bed with the Porcupine (courtesy of Mao who once said that: to work or cooperate with Gen Tibuhaburwa is like embracing a Porcupine.

As regards creativity of MP's , they can use their status to further unmask the evil regime in any way they find useful.

Their status stupid as it would be ,can be used to address a number of forums not accessible to an ordinary activist like you.
Report to administrator
+1 #16 Remas 2022-09-29 15:49
Sula, "Apart from the gun, Parliament todate has played a very important role in keeping Museveni in power for all these years. (that's why museveni allows the stupid payments they get )"

Also, "In short , a militia captured power , and the war lords have held the country at ransom for all these years." Sula, did post that? Correct me if I'm wrong. Otherwise, I couldn't agree more with that post.
Report to administrator
12