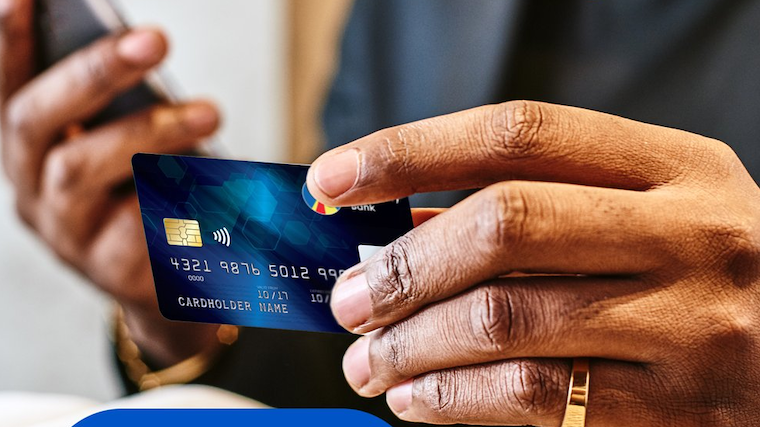 An user paying for goods online

Uganda seems to be at that point where everyone appears to be scheming to cheat or take advantage of the other - now at a rate that is almost cultural.

It has eaten up families, religious institutions, government offices, and much else of social life. Recently we were discussing this matter with family and friends, after I had told them that a worker I trusted had disappeared with two bags of cement - yes, two.

One wondered whether it is due to need or habit; or perhaps one leading to the other. But they all shared similar frustrations with workers who they must supervise so keenly to prevent being cheated or robbed.

The ensuing discussion showed that, as a society, we have entangled ourselves into a web of dishonesty by which we are all suspicious of one another - never really sure that someone won’t cheat us.

That is why some of us are often restless when we make online orders for goods. We find it hard to believe that a Japanese who knows nothing about us can receive our money and send us a car. This anxiety reveals what we are used to, that honesty is now strange to us, more of an exception.

My brother, a medical doctor, shared an experience of a woman he attended to who, upon giving birth, pleaded with him to bill her husband Shs 1,500,000 instead of the official Shs 700,000. She said it was her opportunity to make money from the husband.

The culture of what we call ‘enjawulo’ is nothing but normalised cheating. It appears now everyone wants enjawulo from whatever they do: the child you send to buy groceries from the shop; the student on their school fees; the maid from money left at home; the foreman from building materials; the procurement officer; the mechanic the lawyer; the head teacher ... each waylaying their client as a target!

It is not uncommon for one to buy goods and ask for a receipt, only to be asked by the attendant: “How much do you want me to receipt for you?”

They sometimes ask whether you want the receipt blank or filled. It appears stupid not to work within this mischievous setup, and indeed so, because your life becomes hard.

It is your construction plans that will take years to be approved, as you stick onto the back of integrity. Formal processes seem to be deliberately complicated so that one will have to give up on them.

They will ask for things after things in the name of requirements; measure every quarter of a millimetre on the plan and fault you for this and that, until frustration sends you into your pocket to speak properly.

You may want to buy land from someone, but a member of the selling family that is at the same time the broker wants you to factor their cut into the price. On payment, he tells you that you declare to the rest of the family members less by four million.

Or else he will interest another buyer, even if it means the family getting less than you offered. To win a contract, it is almost standard practice both in the public and private domains that you have to throw back some of the money they give you to offer a service - even if it means compromising on quality.

Kickbacks are asked for without blinking, just like one asks for an entitlement. They explain: “We are many to eat on this.
I also have to ‘feed’ all my bosses on that little money in order to speed up things”.

Meanwhile, the boss also has to ‘feed’ his boss so as to be kept on the job - which boss might also have a higher boss to facilitate. It is a thick ecosystem of feeding and eating, thick like a giant cobweb to a point of inescapability, if one is to avoid running mad.

But what is society without trust? What can be achieved without trust? What business can run under mutual suspicion? It is not only government that we don’t trust; it is one another too. That’s why you will lend what you can afford to lose, or else you keep demanding until the death of your friendship.

It is the reason why you don’t entrust your builders with cement and focus on your own business. Blink, and a couple of bags are gone. Many office workers spend their work time on phone monitoring what’s taking place at their homes, businesses and building sites.

One of the biggest risks to doing business in Uganda is dishonesty. You either start a business you will be able to tightly supervise or one that doesn’t require supervision.

Even if it’s coffee that someone will have to harvest for you in your absence, of ten bags you might be lucky to get eight. If it’s a bar, they will replace the beer they have sold with new stock and announce that they made no sales.

At some washing bay around Wandegeya, on return to pick my car, I found they had siphoned out all the fuel. I would have thought that this was a random misfortune if I hadn’t later watched an investigative feature on TV explaining how they do it.

So, you might as well have to sit and observe until your car is cleaned. You need similar caution on a visit to the car garage, perhaps having to ask someone to camp there until repairs are done.

Otherwise, if they don’t switch some of your car parts, they will exaggerate what they will have fixed, confusing you with part names that you can hardly decipher. It is theft, but they euphemistically call it ‘kuyiiya’ (innovating).

M7, the haed, together with his wife, Janet, are rotten to the core and the most corrupt individuals in Uganda!

Therefore, since the head is rotten, the body [society] is rotten as well because M7 and Janet are hard core criminals who have made robbery the norm and the way of earing a living.

Why are Ugandans still tribally divided ruled by the eveil migrant family, knowing M7's son is already to replace the when he does of old age?

Many so-called Uganda intellectual elites live in a bubble of their own, and are detached from reality.

They have let Uganda down by being both passive and indifference to the politics of Uganda.

I have always been asked by my colleagues in the healthcare profession...,as to why do Ugandans, with so many bright brains, allow only one man to rule and abuse them for all these 30 plus years?

Ugandans are ALL {detached from reality}!, it's as if they are watching what goes on yonder & they just enjoy it while living in peace with the same ruler since 1986!
Report to administrator
0 #23 Muhimbise 2022-10-07 14:03
This is deep and painful!

Notably:
"We have constructed a society where honesty is punished with inconvenience, sabotage, frustration and exclusion. The writing is huge on our wall: ‘Be honest at your own risk. Trust at your own risk’.


Thanks teacher of philosophy
Report to administrator
123