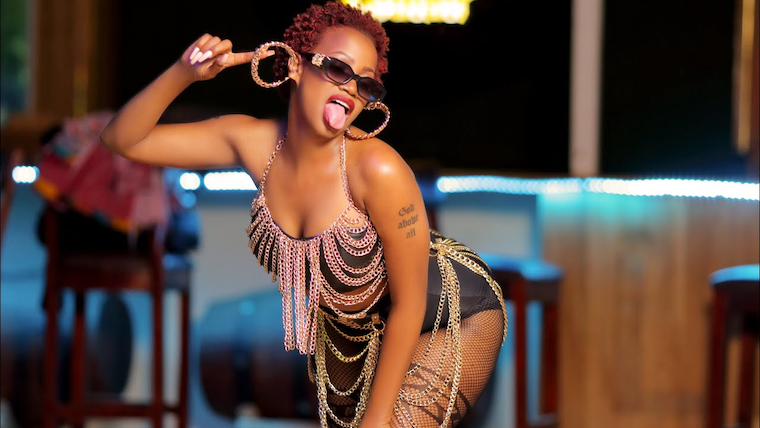 Sheebah Karungi, a renowned artist in Uganda, took to social media to protest someone she claims sexually assaulted her while she was waiting to perform on stage.

Immediately, social media was flooded with mixed reactions to the incident, but what piqued my interest was the bulk of the comments I saw from men claiming that her outfits are provocative and encourage men to sexually abuse her.

According to some guys, women who wear provocative clothing, such as low necklines or short skirts, or tight, see-through, or clingy clothes, are more likely to be sexual assault victims.

It's a typical argument that always comes down to the same nonsense: the victims would not have been harmed if they were different. It's a soothing illusion that will make it easier to think that sexual assault only happens to those who make poor decisions. It is as old as time. The first thing Adam said to God in the Bible was, "the woman tempted me!"

The idea that the way a woman dresses would lead to rape or sexual assault is unsupported by evidence. We know that people get raped while wearing various outfits. They might be wearing jeans, their school uniform, or their pajamas. While working as maids in baggy sweatshirts, stinking and sweaty from tiredness, women are sexually abused. These acts of violence happen because certain males are sexually aggressive, not because of a woman's choice of clothing.

Let's stop pretending that provocative clothing causes sexual assault; there is a link between a patriarchal culture that tolerates and excuses male sexual violence while blaming victims and a persistent sexual violence issue that disproportionately impacts women.

It’s not about the miniskirt, the heels. It’s about gender norms and behaviour that has been systematically excused. A mini-skirt is not consent and the folks who will take it as such already feel entitled to other people’s bodies. Stop telling women how to dress and start telling men not to assault or rape — contrary statements continue to excuse perpetrators of violence and put women on the chopping block. I don't believe our forefathers, who moved nearly nude, acted in the same manner.

Why do we keep repeating discourse that excuses this violent minority as a society? Engaging in these arguments makes you a part of the problem; it exposes a stale mentality that men have relied on for ages, despite its logical flaws. Beliefs that clothing in a specific manner may send a dangerous signal to the opposite sex only exist because we allow them to.

The author is a lawyer, cofounder, I AM A GIRL Organization

In petrol stations there is a warning no smoking! The mighty King David (Jesus is called son of David) who even had wives cocked when he saw a woman bathing, quickly asked to touch her and subsequent pregnancy forced him to murder.

My dear for your own safety, don't smoke near petrol. Dress decently as such women remain singles for fear they are harlots. Don't say I never warned you!
Report to administrator
+4 #2 Lakwena 2022-05-18 17:59
But Samuel Muhumuza, a few years ago a very senior Ugandan citizen (now 87) of Indian origin, and in the presence of women told us that: whether out of consent or not (rape) sex in itself is "an act of violence" (degree of violence).

Besides, if its not to arouse, beguile, seduce, lure, etc. what is the motive behind skimpy dress codes and/or stripteasing and near naked musical performance?

And if not men (decent or perverts), who are the main audience and/or fans of the Sheebah Karungi, of this country or world?

In other words, at the risk of own life sex is the most over-power and irresistible emotion under the sun. E.g. at the risk of dying HIV/Aid have not deterred many men from unprotected sex.
Report to administrator
+2 #3 Michael Charity 2022-05-23 13:29
We always lock our houses, even when inside. The house and property inside is yours; then why lock it?

Every time we park our cars we lock them, sometimes with an alarm. Why do we think it is important to secure our houses and other physical property but not our own bodies? After all, our bodies are said to be "temples of God".
Report to administrator
+1 #4 Akao 2022-05-23 20:07
Those are all BS, men can come out with just short, exposing all other body parts and no woman has ever jumped on them to rape them.

Lack of control and respect for women in Uganda and most African countries is still lacking and based on the fact that Africans still view women as their commodities that they can use at will
Report to administrator
0 #5 Naboma 2022-05-28 14:13
Agreed there is something about patriarchy that may make rapists protected by society.

However men as well as women may get turned on but control themselves when they see sex organs of the opposite sex. If patriarchy was the only thing to blame then why say that our did not forefathers were better than us in this matter yet they were more patriarchal?
Report to administrator