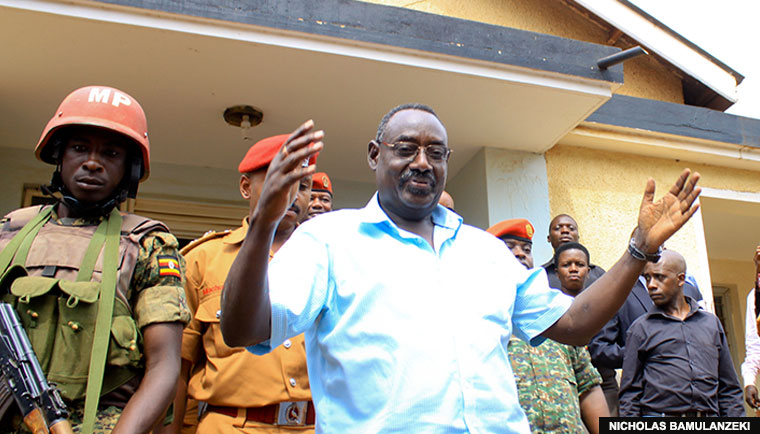 Gen David Sejusa at the army court in Makindye recently

The decision of Uganda People’s Defence Forces (UPDF) to retire Gen David Sejusa and other generals among officers is a laudable one.

For Sejusa, in particular, since the 1990s, his life and service in the army has been controversial. He once said he had retired from the army because he no longer had faith in the institution. He had argued several times that he was being forced to perform forced labour by retaining him in the army against his will. Court decided otherwise.

He later went undeployed for some years until he was made the coordinator of Intelligence Services. He also left that position in controversial circumstances and again ran to court to free him from the army; still, this application was declined.

He argued that since he had been undeployed, he was constructively sacked from the army. No reasons were given why the army is interested in keeping a person it does not deploy. He even attempted to exile himself in the United Kingdom for fear of his life. He was returned and chose to lead a quiet life.

The army, like any other public institution, should be an institution where people serve at their free will. The Constitution bars enslaving any person.

As a country, also, we should have a culture where people are called to serve and retire honourably when time is up. We can all make our humble contributions of whatever nature to this nation without unduly being forced.

The men and women in uniforms should also join the forces knowing that there is time for everything and when the time for retirement comes, any person should not feel indispensable.

We congratulate all those who have made a conscious decision to retire from the forces. In particular, one cannot fail to observe the long service of former army commander, Gen Elly Tumwine, and his ultimate decision to bow out. Many of his ilk had retired. May they continue to be useful to the nation even in their retirement!

And since the CIC, Gen Tibuhaburwa has never denied that he is a criminal; he has been behind the enslavement of the Sejusa of this country.

Otherwise, now "Free at last"; let the Sejusa of this country also redeem themselves from the crimes they committed against innocent Ugandans while being enslaved by Gen Tibuhaburwa.