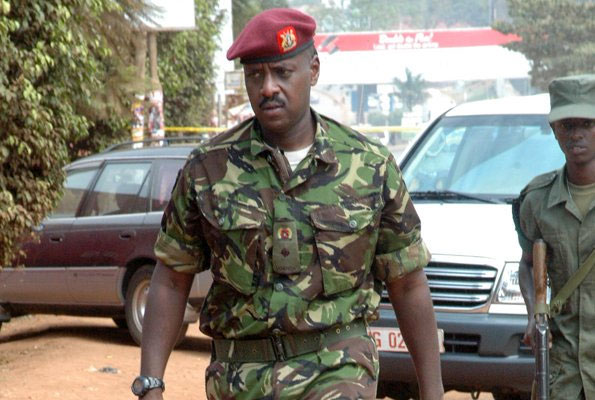 The prospect of living under a Robert Kyagulanyi presidency is one that doesn’t excite me at all.

But, if Uganda has only two options for presidency: Muhoozi Kainerugaba and Kyagulanyi aka Bobi Wine, and Ugandans are to exclusively consider tolerance as a virtue, I would unreservedly vote for Bobi Wine over Muhoozi.

When you look through comments below any of Muhoozi’s tweets, it’s almost impossible to read two successive comments without finding at least one that praises him. Of course, it’s not that he is so loved on Twitter to that extent. It’s largely - if not entirely - because he has silenced most of the dissenting voices by blocking them.

Towards the end of last year, the silencing went beyond just blocking to arresting Kakwenza Rukirabashaija for his constant harsh comments directed to Muhoozi. Although I find some of Kakwenza’s tweets somewhat unbecoming and slightly overboard, I don’t understand why a man who is said to harbour presidential ambitions would react in the manner he did.

It’s true some elements on social media are harsh towards Muhoozi but social media has also done significant good for Muhoozi and his surrogates. When the Muhoozi-project was first speculated by David Sejusa in 2013, it sounded as a myth. But because
of social media, there’s no doubt that the project has gained more popularity and now considered to be real.

For any politician and a wannabe, visibility, good PR and promotion are key elements in the their political career. Social media has provided a platform to pro-Muhoozi project individuals to promote their desired leader with almost no limits.

The frequency and zeal with which they promote the project on social media aren’t the kind which would go through (or get approved by) traditional media editors even if the media house was owned by Muhoozi himself.

But it seems, the allegedly capable future president has, in the eyes of some Ugandans, failed to accommodate dissenting voices on social media - rational or irrational.

Unless one is trying to impose themselves on other people, there’s no need to zealously suffocate each and every questioning voice.

There should be a discipline to entertain dissenting voices, challenge those who are rational with counter-arguments, ignore abusive and vulgar ones and in the case of slander, legal procedures should be followed.

Someday, in his usual social media videos, I saw Andrew Mwenda asking his close and longtime friend, Muhoozi, to have a question-and- answer session on Twitter with his followers.

If memory serves me well, the first son replied: “I don’t get what Andrew is talking about but I’m going to talk to him further about it.”

It was a good suggestion from Andrew because it would portray Muhoozi as more liberal and interested in affairs of ordinary Ugandans, but a Q&A session is yet to occur on Muhoozi’s Twitter handle.

It’s highly probable that Bobi Wine too, blocks regime apologists on social media that get to his nerves, but at least one finds significant criticism in the comments below his tweets.

A significant portion, however, of that criticism or even absolute insults could be initiated and fuelled by bots, not real people of any ideological inclination. As someone who highly values freedom of expression, I really find Bobi Wine more attractive on the yardstick of entertainment of free speech than Muhoozi.

NUP supporters are really fanatical but evidence that Bobi Wine shares the fanaticism isn’t as strong as that against Muhoozi. Are pro-Muhoozi project individuals on social media liberal anyway? If it’s insulting, I have seen them insult too.

NUP fanatics may intimidate you with physical assault, but I have also seen some pro-Muhoozi project fanatics intimidating people with arrest and, subtly, with torture.

The difference only lies in numbers. There are many Bobi Wine zealots on any social medium than Muhoozi’s. Therefore, insults, blackmail and intimidation appear to be more from the Bobi Wine camp.

The sense, however, is that if Muhoozi zealots on social media are increased, insults, blackmail and intimidation from them would increase proportionately.

Not conformists but free thinkers are the important people for they are the ones who extend frontiers of knowledge, question detrimental social, political and economic standards and provide practical solutions.

Without the freedom to express our unconventional thoughts, we can stagnate as a society on many fronts. Moreover, if we can’t freely challenge ideological and philosophical positions of our leaders, it can encourage them to selfishly advance policies against us without fear of consequences.

The author is a Ugandan citizen

Ugandans MUST say NO to the tribalistic system Museveni put in place & UNITE against the demon, if they want a future!

Which tribes supported him when Museveni believed was a threat to his rule?

Museveni & family own all tribal lands & will do so unless Ugandans;

- End the tribalistic system he put in place,

- UNITE to block him!

Those born under Museveni are now majority, have kids, but do they know what haveing & belonging to a 'country' means?

Museveni will rule for life, then leave the post to his son!

What future is there for Ugandans, knowing Uganda will belong to Museveni & family as long as Ugandans are powerless tribally divided?

The International Community will remain silent as long as Ugandans are alright with the tribalistic system!
Report to administrator
12