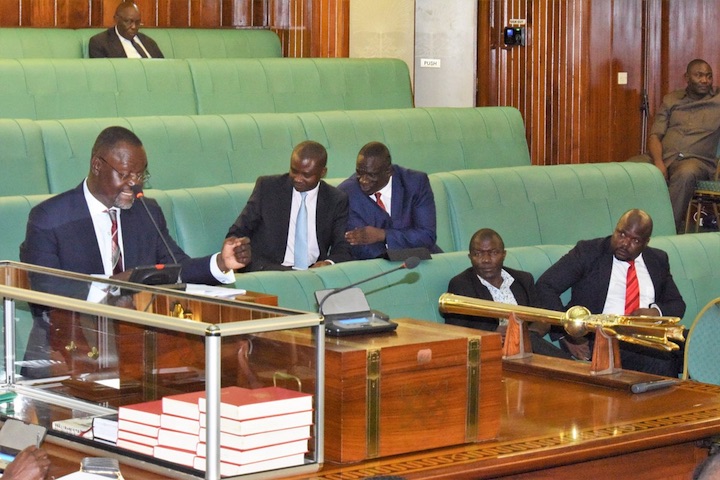 The debate on whether the country should abandon universal adult suffrage in favour of parliamentary democracy is slowly gaining momentum.

The debate, just like many other contentious ones such as the scrapping of the presidential term and age limits, started as a rumour. Under the parliamentary democracy, the president is accountable to the popular votes in the august House, who equally can vote him out.

However, under the presidential system, the leader is elected by universal adult suffrage and must attain at least 50 per cent of the votes to avoid a rerun. While the debate on a parliamentary democracy seems to have caught several people unawares, there has been thinking among some Ugandans on the need to rethink our voting system for a while now.

This is largely because the majority of voters don’t understand the value of their vote. To some voters, their vote goes to those with strong financial muscle as opposed to what they intend to do once voted into office. To such voters, the manifestos of candidates mean nothing.

Towards the close of last year, Uganda Radio Network, a prime online news agency, conducted follow-up focus group discussions and dialogues on how to stop electoral violence in all regions of the country.

At various meetings, some of the participants cited the need to change our electoral system, saying the current system has lost meaning since the electoral process is heavily monetized and only favours those with money.

They also said that many of the voters are driven by material gains as opposed to the issues raised by the candidates. Some voters will choose a politician who spends nights with them at a vigil and drinks with them as opposed to his promises. No wonder some people get into parliament and leave five years later without uttering a word on the floor of the House.

Honestly, this is something that has been bothering me for quite some time. But my fear is that given the current breed of legislators who are easily bought off to turn a blind eye to contentious issues, the parliamentary democracy might not be the magic bullet to our electoral dilemma. The majority of our legislators have been a huge letdown for the country.

They are driven by personal and party ambitions as opposed to putting the country first. Probably, for the parliamentary democracy to work in our case, we need to revisit the qualifications for those seeking election as members of parliament.

We need patriots, people of high integrity who will put the interests of the country above themselves, and party interest in the system to serve the country. Otherwise, we don’t expect much with the current breed of politicians.

Anglican Church should develop its land

As we climaxed 2021, Bishop Wilberforce Kityo Luwalira of Namirembe cathedral preached about a number of issues.

However, two themes caught my attention: one, where he called upon clergy to protect and defend Church land from land grabbers; and an appeal to his colleagues to ensure that the land is utilized effectively by undertaking developmental projects.

His message comes at a time when the church in various parts of the country is battling some people grabbing its land, with allegations that the land grabbers are aided by ‘some men of God’ within the church.

As the population continues to increase, pressure on land is equally increasing and some people are looking at church land. It is time for the church to ensure that all legal documents pertaining to such lands are held by genuine leaders within the church.

In instance where well-wishers bequeath land to the church , they should also offer the titles. Without a title, other relatives tend to show up in the future and claim the land.

This Anglican Church in Uganda has a challenge of raising a huge amount of money from its followers to pay back a loan that it borrowed to build Church House. This begs the question: with huge chunks of land held by the church, what economic activity is taking place on such land?

If there are any projects going on, where is the accountability? If there are no projects, why doesn’t the church lease such land in return for financial resources?

Oil and gas should not hurt environment

Two years after Covid-19 reared its head, uncertainty has continued to dog the economy.

It is important to note that as Uganda picks up economic activity, the oil and gas sector is expected to give some support to the economy. But that is on condition that oil activities are balanced with environment protection and conservation.

It’s noted that fossil fuels such as oil, gas and coal have led to massive destruction of forests, increased land grabbing, and sparked off conflicts among families.

Moreover, Uganda’s economy is basically dependent on agriculture, fishing, and tourism. According to the Uganda Bureau of Stastics, agriculture employs 7.4 million households.

Ugandans are eagerly waiting for the oil activities to start off because it will to some extent expand the country’s economy. Revenues from oil should be able to support other sectors such as infrastructure, health, education, and create employment opportunities elsewhere.

Therefore, Ugandans need to be sensitized, empowered and educated on the effects of oil activities on the environment. This will give them courage to balance the oil benefits as they protect the environment.

I, therefore, call upon oil companies and environmental agencies to plan strategically to protect our environment against negative effects of oil activities.

How can the solution to ignorance be to keep the masses in perpetual ignorance? What is education for?

Shouldn’t these MPs be pushing for improved and easily accessible education instead? After all isn’t this the very problem central to the debate?

It’s obvious that MPs know and value education. Just ask where their children and relatives are educated.

However, they seem reluctant to avail education to the general populace as the state of many schools clearly demonstrates.

The proposal (deliberately and by stealth) seeks to entrench power in a few hands which will inevitably lead to social strife and a stifled population whose only avenue to break free from this stranglehold on power will be violence, the very thing the state is by all accounts keen to avoid.

Sometimes I despair that the term “common sense” is an oxymoron when applied to power hungry politicians.
Report to administrator