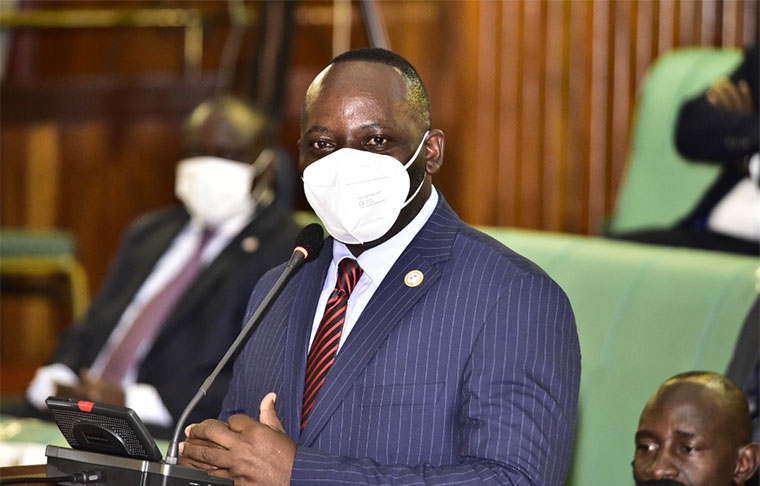 Hon. Mathias Mpuuga is a brave and brilliant man. But if one ever wished for the ground to swallow them, it must have been this man during a live TV debate with NRM rabid spokesperson, Ofwono Opondo, sometime in early September.

The topic was their so-called, Legislative Agenda – an NUP (is it opposition?) document which is claimed to contain a 17-point programme of watertight policy recommendations that can move the country forward in the context of the Covid-19 pandemic, et cetera.

Being that NUP is not the government in office, the Mpuuga-NUP document can only see the light of day if Museveni’s NRM collaborated. Yes, Museveni – the ragtag general they had hissed and paced about promising to depose in just a couple of months.

In his usual brilliance, the leader of opposition started on the right foot outlining their recommendations for a better Uganda. The LOP noted that they had robust interventions as related to helping small businesses in the wake of the economy, re-opening schools after the long lockdown, ending corruption, et cetera.

As he spoke, this dandy lawyer from Masaka exhibited excellent sense of diplomacy and a firm awareness of the stuff he was talking about. But sadly, Mpuuga knew this was simply play-acting. He was in a movie chanting meticulously crammed lines. If he thought otherwise, the pugilist on the other side was soon to expose him.

When it was Ofwono Opondo’s chance to speak, this professed spoiler of parties simply jumped into the deep end. The “devil has brought them to us,” Opondo declared and went on to chide Mpuuga like he was reprimanding a braggart student who sadly had poor grades.

“They smear, they are insolent, they are abrasive. You have heard them saying our government is illegitimate; that we came in through fraud; we stole their victory. Now if people describe you in that language, do you even have the appetite to listen to them?”

Threatening that their agenda was to “suffer a still-birth,” Opondo bragged of the superior number they have in parliament and in the committees where they could actually block their agenda.

He concluded by chiding Mpuuga and co. to behave themselves if they wanted to work with them. Basically, without being exact, Opondo was laughing at the confusion and waywardness of NUP for their clear lack of direction.  You cannot seek to work with a government you do not recognise – that you still call a junta.

To understand the embarrassment of that exchange, you need to understand how NUP actually reneged on the grounds upon which they campaigned. [If they were not naïve in their campaign slogans, they simply fooled their voters and never believed in any of their electoral proclamations].

The People Power movement upon which all NUP candidates thrived included a single objective: removing Mr Museveni from office of president – by all [legal] means necessary. For those who stood for parliament, it would be simply a platform to continue the endeavour of removing Museveni, not the final destination. Indeed, many young NUP-People-Power-identifying folks lost their lives on this line, and many are languishing in Kitalya and other jails.

Sadly, once they reached parliament and other local offices, these NUP candidates nowadays behave like they reached the promised land.  They now have the proverbial crown. [Many of course fell in things].

But they also have to keep their voters hooked onto a lie of faith: they have to appear as doing something [not towards removing Museveni] but “playing opposition.”  Thus, the heedless Legislative Agenda.

See, no one voted bwana Joel Ssenyonyi so as to do the job of exposing Museveni’s government as extremely corrupt. That is without question anymore.

Voters need no more evidence of Museveni’s corruption. No one voted for my friend, Muwada Nkunyingi, Allan Ssewanyana or even Mathias Mpuuga himself to make better policies, which Museveni’s government has to implement!

Surely, Uganda’s challenge — as long as Museveni is president — is not a lack of good policy programs. Where did NUP get the idea that they were sent to parliament to drive a so-called ‘legislative agenda’?

In truth, all NUP folks in parliament and other high-level positions were handed a purely political agenda: resist, protest, fight. Their job was to make sure — within the existing laws of the country — Museveni found hawking Uganda to Indians and Mzungu merchants simply impossible.

But because these NUP folks have failed or never intended to work on a comprehensive resistance agenda, they are fooling their electorate as doing something “oppositional” and are being “civil” because a country has “to move forward.” This is why Ofwono Opondo found it extremely easy calling out Hon. Mpuuga’s bollocks.

And what followed, in sheer shamelessness, the leader of opposition invited a leading NRM figure, the Speaker of Parliament, to launch this legislative agenda. They are in on the heist: the children of poor Ugandans are still locked up at home (with our girls being most hit).

After the pandemic, like the economy never closed for months, banks continue to grab borrowers’ properties as curfew rules are still in place. Our gold trade is still monopolized by Indians and Mzungu fronts. The oil agreement between Total and Uganda was exclusively negotiated by NRM mobilisers and our “civil” opposition has no clue about the fine details in the agreement.

Has their legislative agenda changed anything or does it promise to change anything in Museveni’s wishes for country? Not at all. But the so-called legislative agenda caters for the spectacular theatrics of opposition politics as the voters sleep on the same aching earth they slept on 30 years ago.

From the very start of withdrawing the case agains Museveni and now none of the elected mps seems to give hope for changing govt.
Report to administrator
+1 #22 Remase 2021-10-31 20:17
Kali, here is the real deal, and the article points it out clearly, NUP and Kyagulanyi in particular got to their final destination!

Mpuuga/NUP/Kyagulanyi could have the best legislative agenda in the world, but they clearly know that it will never yield the desired results as long as M7, his family, relatives and tribesmen are still in power.

I totally agree with you that we urgently need a savior sooner rather than later. Kyagulanyi's appearance on the political scene made matters worse, because all he ever wished was to be the leading opposition figure and NUP being the majority opposition party in parliament. That was his final destination.
Report to administrator
+4 #23 juwait kali 2021-11-01 16:11
REMASE here's the real deal, it's high time you replaced kyagulanyi to save the country from killer M7.

I salute kyagulanyi for what he has done and I wouldn't bash him or Besigye for that matter. Therefore we continue from where he has stopped and take it further.

From now on we should fight and ensure NUP withdraws their MPs from the so called parliament as NUP did on the election petition. Further more we shouldn't allow any more fake elections organised by Museveni and his gangs to take place.
Report to administrator
+1 #24 Remase 2021-11-02 16:58
Kali, I wish we could trade our names. Otherwise I am not about to quit "bashing" Kyagulanyi.

You said that you salut Kyagulanyi for what he has done, what is it? Is Uganda in a better place than before Kyagulanyi came to the political scene or standing against M7?

I certainly that you are not one of those who say that Kyagulanyi exposed M7 about rigging elections, are you? Then what has Kyagulanyi done which has not been done before, and which has added value to the strangle?
Report to administrator
-2 #25 Paul K 2021-11-02 21:18
Any serious political theorist would understand how governments, especially in Africa work.

But because our theorists are so obsessed and have personal vendetta against the person of Kyagulanyi and NUP for denying their person (Stella) and rejecting her brand of politics, they don't see anything good in the current opposition politicians.

In Africa, you can no just "fight, resist, fight" and win, especially outside of the election period.

People die. Even when you feel M7's government is not legit, and its the government in power and you have to work with it. Tubalemese hasn't taken us anywhere. So, why not engage, improve policy formulation and implementation?
Report to administrator
123