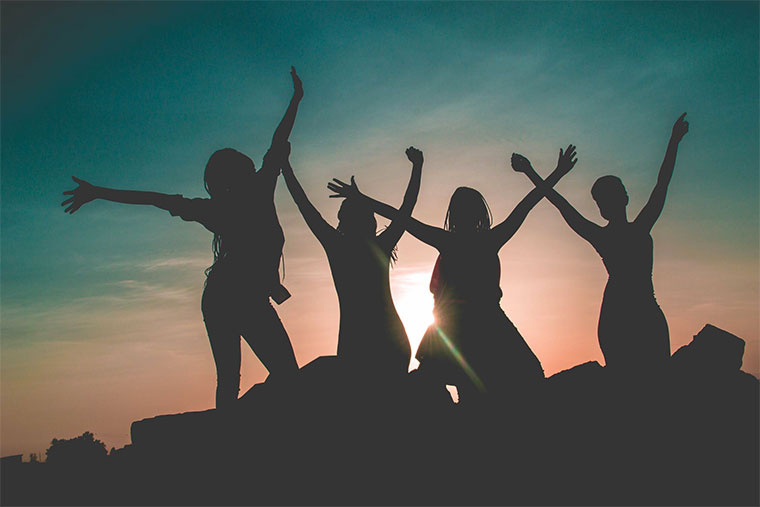 Well aware that I am treading on a landmine-infested ground, I will set off straight with a few clarifications.

First, because I know that my views might be immediately thought to be a general attack on women, I will remind the reader that my reference is specifically about women of a particular inclination/mind-set. Not all women.

Second, I know that, as the saying goes these days, the table I am shaking has food on it. Therefore, it is likely that some will feel that I am endangering their livelihood. Of this category, I wouldn’t mind their anger.

Some diseases cannot be treated without causing pain to the patient. Third, I am not oblivious to the fact that some women are forced out of gainful employment by their spouses. First of all, I do not support this undue control over women in the name of being their husband – except if it’s by their choice.

Should one force their spouse out of work or negotiate that she stays home, then you cannot blame her for asking you to provide. The kind of begging I am talking about is the growing trend by which SOME ladies outspokenly position themselves as entitled to being given by mere virtue of being women.

Perhaps this inclination is rooted in gender roles that position men as providers in their homes and women as caregivers. It is variously defended, including by use of scriptures. Lately, social media has been awash with such defences in response to the so-called ‘Stingy Men’s Association’, a loose club of men pushing back at the vice.

In the above dependent mindset, the role of the lady is to look good (investing in herself ). Whoever gets attracted to her is supposed to take care of her – providing for her hair, transport, rent, upkeep, and so on. While this might appear to be an innocent arrangement, there is much more to it that should worry anyone that is genuinely committed to women empowerment.

While we may argue it in different ways, this is a thinly veiled form of prostitution. Why would it be considered wrong for a lady or man to offer their sexual services for money on the streets while it is okay for another to exchange ‘love’ for money in a relationship? Both are transactions where the body is availed for money.

The only differences are that one may involve relatively fixed clients and that the fees are not directly stated as fees but as expected quid pro quos. More importantly for women empowerment, we cannot have our cake and eat it.

We cannot push for women empowerment while at the same time protecting practices that appear to be privileges yet ultimately affecting women’s independence and voice. A woman who thinks that she is a natural responsibility of a man is not empowered.

She is still stuck in a dependent mindset. She has not yet owned herself. She is just a custodian of a body that is awaiting a good offer to be taken. She may delude herself to be independent, but she effectively remains an object for the fancy of those that can facilitate her needs.

For as long as more will wish to enter relationships where they have to be financially taken care of, women emancipation will remain a fleeting illusion to be pursued but hardly attained.

Can there be meaningful engagement on matters affecting either party in a relationship where one is a sworn dependant of the other? It ultimately skews power relations to the disadvantage of women.

The above form of dependency is of no difference from that of beggars. Just like those on the streets spread out their hands to receive for no particular work, so is it of those that turn relationships into a livelihood source.

And, in whichever way we may put it, except under circumstances of helpless want, begging is a vice that dehumanises the beggar. A beggar with a choice is a rare one. Any adult with a working head, hands, and legs who believes that they are a natural responsibility of another person has by so believing handed over their autonomy to the other.

In many of our Ugandan cultures, the idea that one should eat from their sweat is emphasised. As many proverbs show, dependency is despised. The Baganda would say: Mazzi masabe, tegamala nyonta (begged water does not quench thirst).

In their upbringing, children are cautioned against habitual begging (okusabiriza/ okuleebeeta). Many other cultures shun this vice.

Perhaps it is the rising consumerist culture and its attendant lifestyles that are pushing many young people to live beyond their means which are facilitating the normalisation of begging. Some families are still trying to inculcate the value of modesty in their children but are swimming against a huge tide of social pressure and pop culture.

We thus raise more young girls that find no shame in announcing how they are looking for a rich man to take care of their needs – these days, also lazy boys looking for sugar mummies. With this attitude, we may have to expect more and more unstable marriages, where spouses considered money at the expense of other crucial factors for sustainability of a relationship.

We will get more young people falling into traps of moneyed vultures as they hunt for gold mines. It is said that a greedy person digs his grave with his teeth. I believe that the fate of a beggar is often similar.

Unfortunately, like every repeated thing that appears beneficial, begging is addictive too. Before one realises, they have become habitual beggars in need of rehabilitation.

Meanwhile, some of these still insist on equality and emancipation. They vainly hope that they can dismantle patriarchy while happily sucking its juices – still going out and culturally expecting that the bill is automatically for the man on the table.

Whoever reads/has read "The Manipulated Man" by Esther Vilar (1971), will come to the conclusion that: right from Lilith (Adam's First Wife) or Biblical Eve; whatever a woman does, is by design to manipulate and/or exploit the man.

And for having unmasked women and their manipulative antique in the "The Manipulated Man"; Esther Vilar received death threats and decades of scorn.

The main idea behind the "The Manipulated Man" is that: women are not oppressed by men, but rather control men in a relationship that is to their advantage, but which most men are not aware of.

2. Women use vane praises to control men by administering it carefully

3. Women use emotional blackmail as a means of controlling men.

4. Or women's use of love and romance as a guise to mask her real intentions and motives.
Report to administrator
0 #4 Akao 2021-10-22 04:19
Women emancipation cannot be practiced in a patriarchal, heavy religious country like Uganda.

When we look at similar countries like the middle east, we can realized that these places have no room for women emancipation as most of the laws, reasoning, moral standards are derived from religious books.

The notion of women keeping themselves beautiful/taking care of homes while supposedly being serviced and dependent on men was started by men as a control system over women, and also as a way of maintaining men's egos.

Now that the cost of living and everything is getting out of hands for men, they have started looking at this as a way of women using their bodies to manipulate men. That is a big NO!

Women use men's sexual weakness to get what they want; get married to already married men or force them to leave the ones they are married to! But it's men blamed for polygamy!

Europe is polygamy land now; most migrants/refugees have at least 2 wives (one in Europe, the other in country of origin & all have kids!

Without real governance & real National Education, there is no way women in shitholes will change & become real mothers who ensure kids are born under good conditions!

United Nations makes the situation worse as it doesn't ensure good governaance in shitholes with population doubling every 20 years knowing their only chance is migrating to Europe!

From 16 million to now +34 million, Uganda situation will get worse!

Yet, when you read the Bible, you realise how destructive & superiority complex humans; they turned the words upside down to suit their interests, while enjoying suffereings of those they use/rule!

At this point, not even developed world will be saved with confused "women/men equality" fight!

Culture/religion are at war & the only way to save the world is by making GOOD GOVERNANCE compulsory in shitholes!

Would Museveni still be ruling if Ugandans didn't hold on to destructive cultures, but put forward Common National goals?

Ah! Ugandans aren't even aware Museveni will die of old age, leave them in the tribalistic system, but without any one of them to replace him, but his son!
Report to administrator
-1 #7 Akot 2021-10-23 17:54
Dr Jimmy Spire Ssentongo,

The educated punlishing articles MUST wake Ugandans up to fight for survival & this, by just calling for an end to the lethal tribalistic system & to UNITY to end Museveni's family business!

Museveni will have 40 years & Ugandans are preparing for next fake presidential/parliamentary elections to further bolster/protect/constitutionalise him, WHY?

If the educated, those who call themselves opposers aren't calling Ugandans to end the tribalistic system & to UNITE, then who will, Museveni?
Report to administrator
0 #8 Akot 2021-10-24 19:38
Dr Jimmy Spire Ssentongo,

How will things change for beggers in Uganda ruled by Museveni since 1986 as Ugandans are waiting to legalise him to ensure his 45 years in power?

The poorer, obedient, subdued, Ugandans get, the stronger Museveni gets & tightens hold on power!

Germans had to stop Merkel who became power hungry when ensured of 16 years in post & thought she could do as she wants!

Museveni has complete control of every institution, so has no account to render to powerless tribally divided ruled Ugandans with no common National goal!

Libyans had to put aside their tribalism to get rid of Kadhafi & went back tribally after!

Ugandans MUST bring down the tribalistic system, UNITE to get rid of Museveni, then go seperate ways tribally too!

Why keep Museveni for life, then WHAT when he dies of old age, go along with his son & the family business continues?
Report to administrator