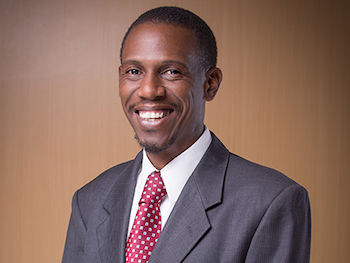 On October 2, 2021, The Daily Monitor newspaper published a leaked memo of the Attorney-General’s (AG) proposals to amend bail laws.

They indicate, to say the least, that the memo was not informed by any meaningful research of the case law on bail in Uganda. Relying on my recent articles on bail in Uganda (Fundamina: Journal of Legal History; and, South African Journal of Criminal Justice), I highlight some of the flaws in the AG’s memo.

The view that bail is frequently granted is misleading. The majority inmates in Uganda’s prisons are awaiting trial – meaning that they were denied bail.

The argument that bail is frequently breached and improperly enforced is misleading. Case law shows that courts have developed mechanisms to ensure that when bail conditions are breached, bail is cancelled.

Apart from the fact that the authors of the memo don’t understand the basic meaning of recidivism (by arguing that criminals on bail reoffend), there is no evidence to show that most of the people who are released on bail reoffend.

Uganda does not have statistics on the rate of recidivism or reoffending. Without statistics, it is not possible to know the extent to which people on bail commit offences. The public safety argument is flawed.

Before a judicial officer decides whether to grant bail, public safety is one of the factors he/she considers. There are innumerable cases in which people have been denied bail on public safety grounds. Anecdotal research shows that most victims of mob justice are not people on bail. These are normally people caught committing offences (flagrante delicto).

The Constituent Assembly debates show that Mr Museveni wanted the Constitution to provide for non-bailable offences and his argument was rejected by the delegates for more or less the same reasons that people today are opposing his questionable move.

Courts have equally explained ‘substantial surety.’ Amending legislation is not necessary to explain that. The memo’s reliance on the drafting history of the Constitution – that the majority of Ugandans opposed bail for capital offences is mischievous. It does not explain the reasons advanced by the Odoki Commission to reject the majority view. Those reasons are still valid today.

Amending the Constitution to empower the DPP to veto bail through a certificate of objection in effect means that it is the DPP with the final say on whether a person should be released on bail. This move is absurd for two reasons. One, it ignores the principle of separation of powers.

Two, most of us know that the DPP’s office has been used/abused by the government to persecute opposition politicians (instituting prosecutions without any evidence). Since the DPP does not have security of tenure, there is no reason why the government cannot order/influence him/her to issue those certificates in some cases.

Our case law and pieces of legislation show that there are inbuilt safeguards to ensure that bail is not easily granted and that when it is granted, it will not be abused. There is no doubt that the system is not perfect and measures are being adopted by the judiciary and other stakeholders to address the loopholes (e.g. recent draft bail guidelines). These proposed amends are unacceptable.

The author is a professor of Law, University of the Western Cape, South Africa

+4 #1 Lakwena 2021-10-20 10:00
What baffles me and many Ugandans is that: Bloody Gen Tibuhaburwa came to power through deceit, treason, terrorism, organized murder, bank robbery and looting.

But like a saint, here is Blood soaked Tibuhaburwa, baying for more blood of innocent Ugandans; whom he maliciously sets up for persecution and prosecution, to be indefinitely held incommunicado.

Unfortunately some Ugandans like AG, Kiryowa Kiwanuka and especially those in the Cabinet; see nothing wrong with Mr. M7's personal crusade to deny bale for capital offense suspects, who apparently challenging his criminal Super-gluing in our State House..
Report to administrator
+5 #2 Lakwena 2021-10-20 10:19
While campaigning in Mayuge District in 2015, with a straight face Bloody Gen Tibuhaburwa told the people of Mayuge that while engaging in subversive activities against the elected UPC Administration; he and driver murdered a UNLF soldier manning a roadblock in that region.

Unfortunately not many Ugandan see anything wrong with what the dictator has been doing.

While en-route on his 2019 reminiscent 190km walk in Luweero triangle; with a straight face the Bloody Dictator Gen Tibuhaburwa told the people of Luweero that under his (criminal) leadership they robbed several bank in order fund their pursuit to our State House (absolute power) through fight our freedom.
Report to administrator
+6 #3 Lakwena 2021-10-20 10:22
But unfortunately, including the level of corruption in high offices in this country; many Ugandans still see nothing wrong with such impunity.

In other words, Gen Tibuhaburwa should be the one denied bail, the day he is dragged out of our State House; where he and dishonest, thieving family members like Gen Salim Saleh now conveniently and comfortably take refuge