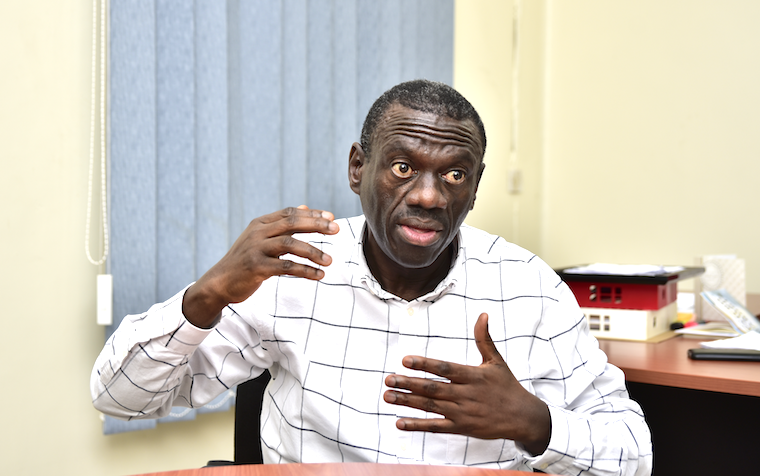 Lately, Dr Kizza Besigye has become extremely candid, a thing I find so telling. In any given society, I think prominent politicians such as Besigye and established entrepreneurs should be the most compromised folks.
They must be compromised people because the nature of their work involves more than themselves. Management of many people requires an art that borders on dishonesty, deceit or calculated truth.
But recently, Besigye is so fond of words like idiots and fools. In his latest interview with The Observer he said: "Uganda has a large supply of idiots" following the harsh criticism of People's Front for Transition (PFT) from many Ugandans on social media. In another recent interview with NBS TV's Simon Kaggwanjala, he kept identifying many Ugandans as fools.
In democracies, a vote of a drunkard or an idiot has the same value as that of a professor. So, a politician like Besigye should be interested in persuading every Tom and Dick for his broad fan base or at least for FDC's good. But what makes Besigye so candid to a level of telling off potential voters that they are idiots?
I think Besigye has been disappointed by most Ugandans - from elites to dregs of Uganda, and it seems he no longer holds much hope to succeed further as a politician. Can Kyagulanyi Ssentamu - a young politician burning with ambitions say that many Ugandans are idiots? Even if he believes so, I don't think he can. His strong ambitions or even delusions compromise him.
In her book, The Struggle for Freedom and Democracy Betrayed, Miria Matembe revealed that when Besigye offered himself for the presidency in 2001, her, Eriya Kategeya, Amanya Mushega and other members of the movement then, cajoled Besigye against standing for the presidency.
They discouraged him on account that Museveni was running for his last term and that he could wait for the movement to organise a transition led by a person the most would agree on between 2001 and 2006. In response, Besigye told them that they were daydreaming.
He assured them that the Museveni he knew wasn't planning to retire. Matembe and her colleagues never took Besigye seriously and never rendered him their support for his presidency but later, he was absolved. It's very possible that Besigye was disappointed in his colleagues who took Museveni in high esteem and probably, that marked the start of Besigye's disappointments.
After the 2001 presidential election, the Constitution was abrogated and it's alleged, in Matembe's book, that parliamentarians were bribed to facilitate an easy constitutional amendment to remove term limits. Wasn't it disappointing that the people Besigye thought should have joined hands with him to fight Museveni had accepted bribes (whatever the amount money or level of positions in hierarchy) to make very fundamental changes in the constitution against the will of people?
Besigye has contested in four presidential elections and he believes that he won at least one of them. He must have found disappointment with the indifference of Ugandans to support him defend his and their victory even when he defiantly swore himself in.
Over years, many elites from prominent media houses, law firms, political parties, civil society organisations have been bribed into silence, defending or propping up the regime.
The wanainchi, who are most affected by poor policies of government, have also accepted to be victims of patronage as they gladly welcome brown envelopes, bicycles, motorcycles and cars which are most likey donated after spending taxpayers' money.
The same people have also accepted playing to the tunes of divide and rule and a few others still vote for Museveni who, in the eyes of Besigye, deserves to be out of power as soon as in 2001.
When Besigye called for civil disobedience and walk-to-work, probably Ugandans never responded the way he wanted. Maybe the response had to lead to regime change which is still a dream.
With such behaviours from elites and wanainchi, Besigye has probably been forced to lose hope and walk into utter disappointment and as my friend Nick Twinamastiko noted, disappointment breeds candor.
Now that Besigye seems to have lost compromising ambitions, how much more truth is he willing to reveal? Will it be against or for the struggle?
Author is a Ugandan resident

E.g.:
1. Dying to befriend and/or continue to support and/or vote for a Bloody Gen Tibuhaburwa who in 2012, told off Ugandans that he has NO FRIENDS makes one an IDIOT.

2. To to continue supporting and/or vote for a Bloody Gen Tibuhaburwa who on 26th Jan 2017, publicly told off Ugandans that he is neither their SERVANT nor EMPLOYEE, makes one an IDIOT

3. After brutalizing MPs in the Heart of Parliament in 2018, to continue supporting and/or vote for a Bloody Gen Tibuhaburwa who publicly told off Ugandans that he is the the AUTHOR and MASTER of VIOLENCE, makes one an IDIOT, ETC., ETC.
Report to administrator
+1 #2 Lakwena 2021-10-21 09:55
In other words Moses, whether a drunkard, riffraff, an opportunistic Pastor, Bishop or a Professor: by positively identifying themselves with a selfish and inherent self-confessed wrongdoer; all the NRM supporters and/or sympathizers, are the IDIOTS Dr. Besigye is referring to.

Wachireba?
Report to administrator
0 #3 kabayekka 2021-10-24 01:11
So then who are those idiots who went to fight because Dr. Obote had come back again to govern and to steal a democratic election in an independent country of Uganda.

Surely President Idi Amin was a village tyrant. Lule was a selfish tribal Ganda President who deserved to go after ruling for only three months.

Eve if these Luweero liberators and patriotic fighters tried very hard to discuss reasonable international and national business in the city of Nairobi with the Acholi President of Uganda, Tito Okello, he proved to be just a mere African colonial soldier.

The Ganda people have a cultural saying that commends everything going wrong in this country. Mulya mamba abeera omu navumisa ekika.
Report to administrator
+1 #4 Oruk Charles 2021-10-25 06:33
Kabayeka, late Tito Okello was not an Acholi President of Uganda. He was a Ugandan, a nationalist who cared about the senseless killings of the children on Uganda in the bushes of Luwero.

The late Tito Okello and may gallant sons and daughters of Uganda saw many death of innocent Ugandans when they were fighting to remove late Amin from power. The children of Uganda was what he cared about not tribal politics.
Report to administrator