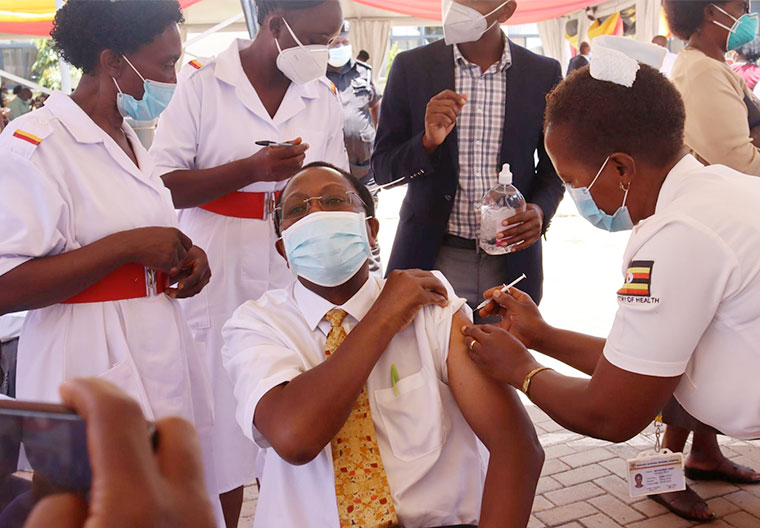 What is crystal-clear about the country’s push to stop the spread of the highly infectious coronavirus is that those saddled with the job, are very clever copycats of other countries’ remedies.

They have also adopted a punitive and high handed approach to force compliance. They have failed to come up with home-grown remedies. There is no effort to explain why one approach is preferred.

At the onset of the disease in March 2020, health officials advised the president to lockdown the entire nation and create a category of essential workers. Public offices and transport were shutdown.

Private businesses such as bars, schools were closed and other people were advised to work from home or virtually. In the East African region it is only Tanzania, which did not impose a national lockdown. The reasoning was that lockdowns are not suited for that country; they instead advised their citizens to social distance and seek divine intervention.

Even Kenya, which imposed a curfew and other restrictions, eventually eased some of them and allowed schools to reopen. They developed home-grown remedies. Uganda initially received 890,000 AstraZeneca vaccines. The targeted population was about 22 million and the priority was given to essential workers and the most vulnerable age group of 45-70 years.

For the vaccine to be effective, the recipient has to be vaccinated twice in the space of six months. Since then Uganda has acquired some more vaccine doses much as those who received the first jab are yet to receive a second. Some countries such as New Zealand, Australia, parts of United States of America have imposed mandatory inoculations.

That aside, the ministry of health has not done enough to dispel the misgivings about the efficacy of the vaccines especially AstraZeneca. The minister of health Dr Ruth Aceng has instead devised threats and punitive devices to encourage people to be vaccinated.

Typically, copying the approach employed in the west, which has triggered protests. Aceng said her ministry may restrict access to non- vaccinated staff. Right on the cue, the National Medical Stores (NMS) has also announced that it would not allow staff and visitors on its premises who are not vaccinated.

President Yoweri Museveni too said teachers would not be allowed into schools if they are not vaccinated. This copy and paste approach has many problems and will result in many unintended consequences.

There is a likelihood that people may resort to forging vaccine certificates. Or if they are not forged, experts are afraid that vaccination mandates might force people into trying unapproved vaccine mix ups just to get back to work. This could present severe medical challenges.

Uganda has deployed many Covid-9 vaccines into the population including Sinovac, AstraZeneca, Johnsons and Johnsons etc. The ministry of Health has only approved a vaccine mix of AstraZeneca first jab, with a Pfizer second jab. This mixing happens in cases where the AstraZeneca second dose cannot be found.

Any other forms of vaccine mixing have not been approved by the ministry. The point is not about compelling and punishing those who are reluctant to take the jab. It is about keeping Ugandans safe.

And if safety is the issue, persuasion rather than undue coercion should do the trick. The ministry of Health should not be interested in showing high figures of vaccine uptake. Efficacy and science should guide the process.

0 #1 Lakwena 2021-10-21 10:44
Editors, what Ugandans are going through is; the characteristic of being under a prolonged leadership of thugs alias the incompetent.

In other words, including naked violence, the incompetent always use force (enforce idiocy through blackmail and violence).
Report to administrator
0 #2 Sess 2021-10-25 03:02
Dear True Saints of Uganda, Africa and the world at large!

My LOVE FOR GOD, JESUS CHRIST OF NAZARETH AND MANKIND-YES-YOU! I LOVE YOU PASSIONATELY!

IAM NOT a Luciferian, satan or a devil worshipper whom most of our world leaders love but pretend.

You joined the ocullt! Refusing to embrace the truth, humble selves, go back to the villages, grow own food and have peace because of the love of money is going to cost u.

I blow the whistle: Brothers and sisters, we have been deceived about the vaccines! AstraZeneca, Pfizer, Chinese... etc, contain parasites, humanoid embryos, nanochips. Death is inevitable!

It is just a matter of time, u will be dropping dead 101! The world leaders are wicked, have one agenda-to reduce the population period! Side effects-zombie-like-cannibalistic, twitching, turning against each other, neighbourhood, family!!!. Please be warned!.
Report to administrator