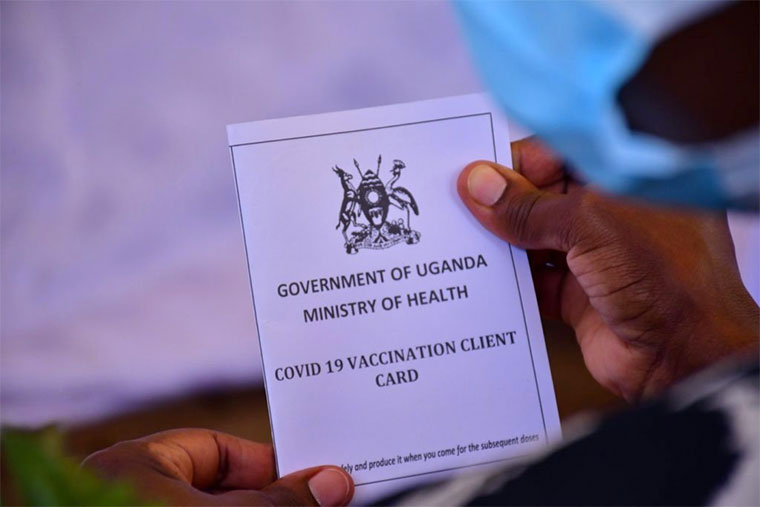 As the world grapples with vaccinating its population, Uganda, too, is still struggling to clock in the numbers.

The president recently stated that for Uganda’s economy to be fully operational, up to 4.8 million people need to vaccinated against Covid-19.

As a country with nearly 45 million people, we have so far vaccinated about one million and one wonders when the rest of the three million will be vaccinated.

It is not true that Ugandans have shunned vaccinations; many have continued to line up for the same despite being disappointed with lack of vaccines at the designated places.

I have seen different offices demand that services will only be available to those that have fully been vaccinated. Where do these institutions draw this mandate from?

For one to force every individual to vaccinate before they can access services without a proper regulatory framework is callous and illegal. Even if there comes into place such a legal framework, which in itself is contestable in light of human rights, the implementation should be gradual and not sudden.

We do not have enough vaccines for everyone in Uganda and it is, therefore, unfair and unreasonable for one to demand that in order to access services, one must be fully vaccinated. I have seen tertiary institutions, offices of some RDCs and other places requiring one to be fully vaccinated in order to access services yet it is not anyone’s fault that they cannot access vaccines. This is illegal and unfair and must be addressed.

We need a harmonised approach and road map to this and we should not be treated as animals but, rather, taught about vaccines and their usefulness. Otherwise, we risk losing a rather good initiative to individual selfishness.

The ministry of Health should come out and offer guidance on this issue.  We need a harmonized policy on this issue; otherwise, we shall be fetching water in a basket.

It is a duty of a good citizen to pay tax. However, any taxpayer should have a taxable capacity with the ability to afford a similar or better standard of living even after paying taxes.

In Uganda today, there are several taxes, some of which are not even known to the public due to the low levels of tax sensitization across the country. The Uganda Revenue Authority (URA) has tended to concentrate on urban and semi-urban areas, where commercial activities take place.

The cost of doing business in Uganda is high. One of the causes is the high cost of utilities, especially electricity and water.

Currently, the government of Uganda charges Value Added Tax of 18 per cent on both water and electricity while at the same time, business entrepreneurs pay both indirect and direct taxes on all their services and goods.

Heavy taxes on utilities not only worsen life for those already in business, but also discourage beginners and young entrepreneurs. The ministry of Finance, Planning and Economic Development, through the parliament, continues to introduce several new taxes with an aim of raising funding for the national budget.

During its 30th anniversary celebrations, URA revealed that its goal is to finance the national budget by 100 per cent. I don’t want to sabotage this dream, but this is likely to spell high taxes to the population since several new taxes will be imposed on various goods and services in the name of building a comprehensive tax system.

URA’s dream to fully finance Uganda’s budget is not tenable at the moment. There is no sign that Uganda will not rely on international funding 50 years from now. It is still possible to introduce taxes which are not detrimental to the wellbeing of the citizens. But the current rate at which new taxes are introduced in Uganda is at a reckless speed.

My appeal is for government to categorize all essential inevitable utilities and lower their taxes. Taxes on utilities should be cut by a half or even repealed to lower the cost of doing business in Uganda.

We shouldn’t be tribalistic

Many Ugandans are tribalists. That is a fact. Unfortunately, we are also the kind that refuse to accept and address the matter openly, frankly and honestly.

We keep sweeping it under the carpet, hoping that it will disappear on its own. Ethnicity has always been a major political factor in almost all of Africa.

Yes, we have many governance challenges as a country, and that cannot be denied. But truth be told, the recently concluded 2020-21 elections were not mostly about service delivery issues, but they were directed at the current sitting president mostly because of his ethnicity.

Most people who voted for Robert Kyagulanyi aka Bobi Wine didn’t necessarily see him as a presidential material but someone who is a fellow Muganda. Yes, there were a few that voted him as a protest against the elites and bad governance in the country.

I remember getting a lot of heat from fellow Baganda for not supporting him, and indeed, I saw no reason to support him for presidency because I am not a tribalist when it comes to national issues.

The Baganda voters have shown persistent preferences against Museveni. Besigye has been the Baganda voters’ preferred candidate in previous elections, and he saw polls as the catalyst for a political crisis, or even a popular uprising.

With Besigye, their vote was more of a protest vote than anything else, though so many saw him as, undoubtedly, a presidential material, too – someone capable of managing a post-Museveni Uganda.

Covid-19 is a global pandemic that has caused enough reality checks all over the world. With the closure of schools due to the pandemic, children are left home all day to the mercy of their parents and guardians.

And in some cases, they are being subjected to abuse such as physical torture, neglect and defilement, which leads to teenage pregnancies.

The Ugandan education system offers both day and boarding school and most parents opt for boarding school because they have busy schedules. One would expect a parent or guardian to nurture and bond with their children during this period since schools have been closed.

In this case, it would be the best time for the parents and guardians to impart informal education to their children. Hence children would be able to learn their cultural background and their different family principles as well as learn how to help out the family by undertaking house chores.

But instead, new cases of child abuse and torture are being filed every day. Not only are the children being neglected by their parents and guardians and left to the merciless grip of their neighbors and relatives, they are also being abused by their very own parents. Such unspeakable acts should be fought.

These children are being exposed to deadly sexually transmittable diseases such as HIV as well as dealing with teenage pregnancies. I believe this will lead to a rise in psychological trauma among the youth.  Therefore, Uganda needs to invest in guidance and counseling in regards to mental health within the country.