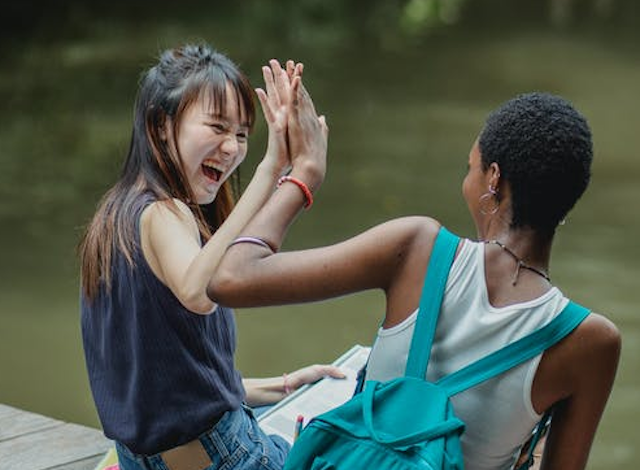 It is a common scene at funerals, that while everyone else is wailing, there is this person who was so close to the deceased, but is simply looking on blankly or laughing in some sort of wizardly performance.

Quite often no one will ask why the person is laughing. It is easy to tell that he/she is overwhelmed and at loss of appropriate expression.

Sometimes the pain is too much that all one can do is laugh around it – especially when you feel you cannot do anything about it. It is simply a coping mechanism; one of our natural ways of avoiding depression. Imagine if we were to react with anger at all the bewildering things in this country, Uganda would have looked like a mass funeral. Somehow, we are able to keep our sanity by therapeutically laughing where we should be kicking chairs.

When you hear that your new prime minister, who came in spitting fire at corruption, has already filled her office with relatives; just after hearing your ex-rebel president telling you without blinking that elections are the best way of changing government, what do you do? Do you argue? Do you shout yourself hoarse in a space with no ears?

Laugh out so loud, so that the devil also comes out to ask: ‘what the hell is going on?’ Don’t respond, continue laughing. At a certain level of indifference and sadism, your tears are nothing but entertainment to your tormentor. It is double gain for them to disservice you and watch you cry. In the cynical chambers of their hearts, the only echo is: ‘more popcorn, please’.

As a country, when we realised that we could not afford to pay the hefty price for being ‘liberated’, we settled for what we could collectively afford. We self-medicate by laughter; which Flavia Medrut tells us is the cheapest form of therapy. The nation survives on humour, both about the unbelievable extremes of political shamelessness and from our desperate attempts at playing with our pains.

That is why, an election is blatantly stolen, and we laugh out loud at our victimhood. We ask those who are rigged out: ‘Did you expect to be announced winner? Did you expect a free and fair election?’ We laugh at whoever stupidly expects our affairs to be decent. We may cry, but for a short while, if our child is one of the many that are shot by ‘stray bullets’ or kidnapped as part of the spoils of an electoral war – the best means of changing government.

Soon we realise that at certain moments, tears are a waste. Clean them dry and hunt for the dirty humour in the mess. Laugh about how you wailed as they flogged you hard. Laugh about the soldiers seen in a video ticking and stuffing ballot boxes. That was damn funny! Laugh about the big open mouth of a journalist whose head had been hit bloody wet on the campaign trail. Laugh about FDC’s Patrick Oboi Amuriat arriving for nomination without shoes.

Turn to the red camp and ask them: Where is the crown (engule) you promised us? Laugh out at their grim faces when asked what happened to their slogan: ‘we are removing a dictator’. Call out Dr Kizza Besigye and scold him for failing four times to win in crazy military elections.

The victims’ well of humour can never run dry. They have all the misfortune to repackage into streams of consolation. What would you choose, between jumping over a cliff and laughing about the sickness of your country? Give me laughter any day; I have all the nights to weep under my sheets.

When the otherwise sickening tribal imbalances hit our faces and they tell us they see nothing wrong, what do we do? When a video listing the big names in Masaka’s security team comes to your phone, what do you do? What do you do, when you realise that your country is first of all run by a husband, wife, brother, and son?

What can you do about it, stupid citizen? If you have no power, how can you be right? Wait for your turn to define your own country. For now, if you can’t laugh about what’s going on, shut up and be ruled. It is sectarian to point a finger at sectarianism.

Let the Bizonto comedy team manufacture humour about it. If we can’t change it, we won’t fail to laugh about it too. And, of certain things, we can only speak in tongues. Yet still, they may issue search warrants for the tongues. They beat you, and admonish you for crying.

What do you do, when a police officer your father’s age looks straight in the camera and tells a child’s lie? And he comes back with another the next day, and another, and others. Do you get mad? Do you blame him? Can he still be seduced by truth, even if it came in naked and dancing? Why don’t you then just laugh and move on so that a sober future can find you alive and sane?

What do you do, when you learn that even funds meant to benefit the most vulnerable people during a pandemic are stolen by the least vulnerable? Do you cry? Do you castigate? Do you assume that there is space left in their consciences to be moved by your cries? You are only hurting yourself. Laugh for the sake of life.

But we should still hear J. K. Rowling advising us that, “numbing the pain for a while will make it worse when you finally feel it”.

That’s why we sometimes only mourn several months after the funeral, when we finally can’t suffocate it any longer. Let all the laughter on Uganda’s social media and comedy supplies not be mistaken for peace and happiness. If anything, this humour should worry us.

This article is yet another example by Spire of the so-called Social Emotional Learning, which is always practiced in a totalitarian state to control the minds of the naive and the gullible.

Unfortunately, many of you have fallen victims without knowing it. They say laughter is the best medicine???

Hahaha, it's funny how you keep coming back to read Spires'articles.

From the sounds of your comment you despise everything he writes about, but what I don't understand is, they are plenty of articles to choose from in observer.

People are different, but I would not want to associate with anything I consider below my standard
Report to administrator
+4 #12 Lysol 2021-09-26 23:55
Akao,
I have the rights to read everything bad or good in order to make my own judgement.

Another example of minds control for most of his ardent disciples, like one Lakwena and of course you to mention the least.
Report to administrator
+4 #13 Lysol 2021-09-27 01:48
The Observer, you decided not post the rest of my response to one Akao, which was mostly directed at Spire This is not the first time.

Akao,
I have the rights to read everything bad or good in order to make my own judgement.

Another example of minds control for most of his ardent disciples, like one Lakwena and of course you to mention the least.

Until you write a counter argument to these issues, you as dumb as those who agree with.

Wow us with your intelligence by writing something substantial, other you remain just a whiner like a person with a personality disorder.
Report to administrator
-3 #15 Lakwena 2021-09-27 08:24
Quoting Lysol:

The Observer, you decided not post the rest of my response to one Akao, which was mostly directed at Spire This is not the first time.

You can shield him, but the truth will one day come out and I will be vindicated.

But Fitina Lyso, you must be an angry loner. The Observer, did not post the rest of your response to one Akao probably because; it is below expectation from a mature adult. .
Report to administrator
+4 #16 Lysol 2021-09-27 09:49
Quoting Akao:

Akao,
I have the rights to read everything bad or good in order to make my own judgement.

Another example of minds control for most of his ardent disciples, like one Lakwena and of course you to mention the least.

Until you write a counter argument to these issues, you as dumb as those who agree with.

Wow us with your intelligence by writing something substantial, other you remain just a whiner like a person with a personality disorder.

Akao, for crying out loud, why don't you ask the Observer to post the rest of my comments out here as I stated above?

You're are the moron here. The Observer is protecting Spire. I would not waste time commenting on useless articles,except to point out the fallacy. Go ahead and make my day! You will lose.
Report to administrator
0 #17 David 2021-09-28 07:29
Akao, Lakwena, you are dealing with someone with a personality disorder.

He compensates for his inability to reason by hating whoever does. Last year he tried to be sophisticated by stealing content from internet.

Opolot embarrassed him by showing the source of his stolen stuff. He has not even once ever come up with an argument here.

He only comes out to whine like a sick last born. He spends his time here liking his own silly comments multiple times. Idle child
Report to administrator
0 #18 David 2021-09-28 07:36
Truth is, Lysol can’t have enough of Spire’s articles. He is actually obsessed with him.

Some people start stupid fights with those in the limelight in order to also be visible. Otherwise, what outstanding comment of Lysol would anyone ever notice.

He is trying to manage his low self esteem issues here. I cannot religiously read articles I don’t like without ever missing one. It’s a sickness
Report to administrator
12