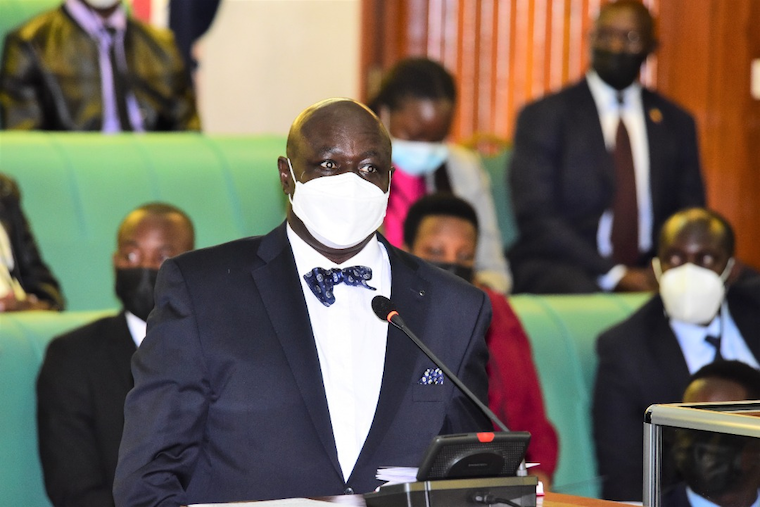 With a dramatic proclamation last week, speaker of parliament, Jacob Oulanya shattered hopes of many savers with the National Social Security Fund (NSSF).

Oulanyah proclaimed that all bills, which were not passed by the previous parliament or not assented to by the president will not be rubber stamped by his parliament. He said they will all be reintroduced and looked at afresh by the 11 parliament.

Why? It is a veiled procedural practice. Relying on rule 235 (1) of parliament’s rules of procedures: “A bill, petition, motion or other business before the House or any of its committees during a term of parliament lapses upon dissolution of parliament.”

Given this procedure, Oulanyah appears to be legally cushioned to undo what his predecessor did. Although there are about four bills: NSSF (amendment ), the Local Content Bill, the Succession Bill and the Sexual Offences Bill, that have not been acted upon by the president, the political machinations surrounding the NSSF Bill are of particular concern to the public.

Indeed the minister for Gender, Labour and Social Development Betty Amongi has disagreed with Oulanyah’s approach. First, President Yoweri Museveni whose legal duty is only to assent to the bill, became an active participant, who never ceased to express his disapproval of the passage of bill by the 10th parliament.

When the savers dialed up the pressure, after a long silence, the president announced he had agreed that workers aged 45 and above should have mid-term access to their savings but introduced new changes to the draft law that needed fresh parliamentary approval.

The president is constitutionally given 30 days to take action on the bill. Action includes assenting to the bill, returning it to parliament with request to reconsider particular provisions or notifying the speaker in writing about his utter refusal to assent to the bill.

And where the bill is returned and passed for the third time by two thirds of all members of parliament, the speaker lays the copy of the bill before parliament and the bill becomes law without presidential assent. The 10th parliament had ample time to revert to some of these options but they were busy reconfiguring themselves on coming back to parliament.

Now Oulanyah and by necessary implication the president are using some technical loopholes to achieve their nuanced desire of not releasing the workers' money. The minister of Finance, Matia Kasaijja once asked the president to reject this bill.

The minister said NSSF had no cash. To raise Shs 2.9 trillion would mean the fund would have to sell its assets, he said. He said the Shs 13 trillion Fund would collapse if workers accessed their 20 percent savings. The irony is that Oulanyah and his ilk are neither beneficiaries of this fund nor have they lost their jobs as a consequence of the dawn of Covid-19.

So they have no idea, why people are demanding for what rightly belongs to them. It is these people who are treated like a dog’s mess that pay taxes, which the Oulanyahs of this world enjoy through their fat perks.

NSSF was not founded to provide for the dead. It should be configured to cushion those whose employment is abruptly disrupted by unpredictable circumstances such as the advent of Covid-19 pandemic, war and general economic slump.

Why should a saver die in abject poverty or fail to access appropriate medical attention for lack of money yet he or she has abundant savings lying idle with NSSF. At the time the Fund was created, life expectancy was at 60. Now that has improved to 75 years.

Many workers have been extending their employment contracts, meaning retirement has been delayed. However, this is not in tandem with the financial upheavals that have intermittently battered the savers. Also, the world at that time was not afflicted with many economic and social hardships as it is today.

Therefore NSSF cannot maintain its old economic model and expect to remain solvent on the premise that many savers (recipients) would die before collecting their benefits.

The excuse for NSSF not releasing the 20% of the savers' benefits before was that the law did not permit them to do that. There was an amendment that was moved in the house, but President Museveni who is not a saver with Fund, advised the MPs not to push that amendment.

His reasoning was that this would create a run on the Funds. We believe NSSF is in position to absorb the demands of the savers.

0 #1 wante Martino 2021-09-28 12:54
In fact Ugandans should know IT is the President playing delays, State house has virtually borrowed about 80% of the money and they do not have it handy to assist the savers, so Oulanya is used as scape GOAT!
Report to administrator