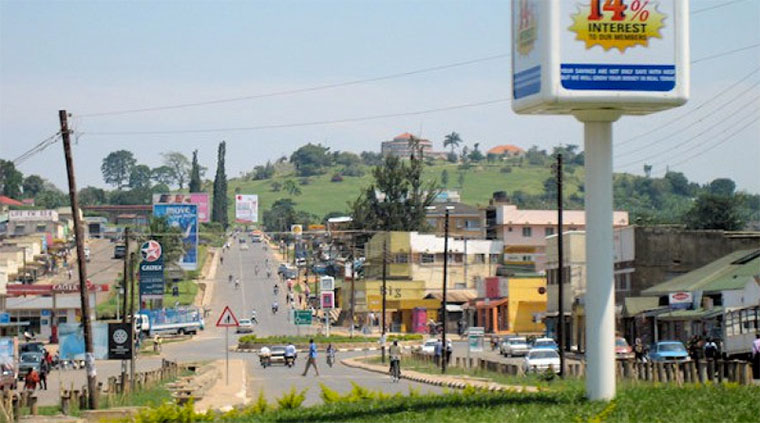 Many districts and cities in the country are grappling with degradations and disorganized towns because of the physical development plans.

The failure to implement the physical development plans in all the districts and the cities, including the failure to allocate enough funds for this purpose is likely to increase the levels of degradation of the various biodiversity such as forests and wetlands across the country.

We all know that in May 2019, the cabinet of Uganda approved the creation of 15 cities in a phased manner over the course of the next one to three years.

This means that all the new created cities will need the developments and expansion. In the process, the critical biodiversities are likely to get a lot of pressure from the local people, investors and the rich men carrying out housing and other developments.

The physical development plans are needed because they help in the fight against urban and rural poverty, addressing environmental problems, maximizing the use of land and other resources, facilitate orderly development, among others.

I call on all the district physical planners, the Lands, Housing and Urban Development ministry to put in place physical development plans across the country.

The Institute of Certified Public Accountants of Uganda (ICPAU) recently held its 9th Economic Forum. The forum brings together people to discuss and share ideas on topical issues affecting the economy. The mission of the institute is to regulate the accountancy profession in Uganda and beyond in public interest.

Among the topics presented under the theme was one that appealed to the need for value system change and national culture building that caught my attention. This topic generated a lot of debate. The central question was, what went wrong with Uganda’s quality controls systems? It is agreeable that value addition in the agriculture value chain has a lot of potential to turn around the country’s fortunes.

To achieve purposeful value addition in the agricultural sector, the outcome of the interaction between individual integrity, institutions of integrity and integrity of institutions is very important.

Uganda mostly lacks integrity of institutions and individual integrity. As a country, we have accepted cheating at all levels in all sectors. That is why you see buildings collapsing very often. It is high time we embarked on rebuilding our value systems as a country.

We have managers and leaders but lack integrity. The role of the family in inculcating values in the young generation is key here.

Values alone are not enough without correct actions. The accountability agencies such as auditor general, the police and directorate of public prosecutions and the oversight mechanism in general are merely one manifestation of institutions of integrity but do not in themselves produce ethical leaders.

River Rwizi is drying up

River Rwizi is located in western Uganda in Ankole sub-region. It serves many districts, including Mbarara, Rwampara, Bushenyi, Sheema, among others.

The river is considered the largest in Ankole sub- region and it serves many districts with water for both animals and crop growing. The river is served by many swamps that include Nyakafumura part of Mushasha water catchment, Kanyabukanja wetland, among others. These swamps serve as water reservoirs or catchments that release water slowly into the river.

However, the river is under threat and is drying up due to human activities. The river has lost a sizeable part of its catchment area because of human activities such as crop growing. The swamps are being cleared due to human pressure to create farmlands for crop growing and animal rearing. For example, Nyakafumura, which is part of Mushasha water catchment, has been cleared.

Surrounding communities and leaders at different levels should come out and stop this threat.

Former minister Ronald Kibuule used to terrorize people in our region i.e. Mukono and surrounding places when he was minister. Now that we have voted him out because of his bad deeds and the president has answered our calls and dropped him as a minister, we request that we all cooperate to end his brutalizing of people.

Recently, Kibuule, with a contingent of senior police officers, began claiming a portion of Kabaka’s land and threatening tenants there.

While this land matter is still in court, the police officers gave him all the cushion, which he used to address the residents of Kigaya, giving them directives and instructions on a matter that is still in court.

Why should police officers and district officials connive with Kibuule on a matter that is still a subject of court?

Some of these officers even go further and intimidate residents. Government should please help us transfer the resident district commissioner and these police officers out of Buikwe district. They should also be reprimanded.

0 #1 Asimire Claus 2021-09-20 09:25
corruption is the source of everything and poor governance
Quote | Report to administrator
Refresh comments list
RSS feed for comments to this post
Add comment