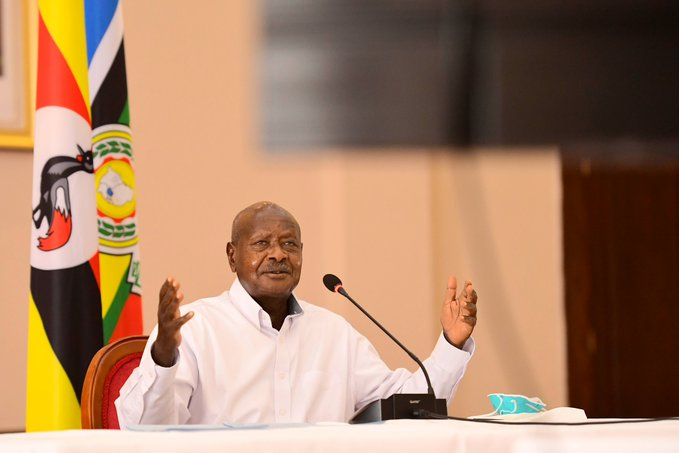 The Baganda have a precise proverb that captures selfish decision making in the midst of pain and suffering.

The say: "Those who are not children of the deceased woman will be the ones to suggest, ‘we wait for the morning to come,”

The explanation is that those who do not call the deceased woman, mother, feel neither pain nor urgency to rush to meet the deceased. Thus, they can afford all indifference, arrogance and feigned care, seeming to be wiser and more cautious in moments of calamity. In truth, they simply do not care.

If any of the men and women in Museveni’s Covid-19 team insisting on locking our children at home for two full years had children in schools in Uganda — local or international schools —, they would never insist on that decision. They would directly feel the heat and be forced to pick from the many safer ways of keeping children in school.

See, starting with Museveni and his wife, Janet Museveni, who painfully doubles as the minister of Education, these two eminent Ugandans have no children of school-going age.

Their grandchildren, born abroad, live and are being educated abroad. Their relatives who occupy several big positions in government, or tend to get most lucrative procurement deals, also have their children abroad. If not in Europe or North America, at least in Kenya’s fancy schools specifically, Turi in Nakuru and Braeburn Schools in Lavington.

The queen, Dr Diana Atwine, doesn’t have any children in Ugandan schools. J C. Muyingo is a helpless educationist trapped in a heedless palace he cannot exit. The other key decision-makers who remain unknown to the general public are swimming in cash – for just being in the inner circle of decision-making.

If these fellows had children in Kibuli SS, Nabisunsa Girls, Namagabi SS or Archbishop Cyprian Lwanga SS in Kyabakadde – and had neither that endless stream of taxpayer, loans and donations cash, and no government-plated vehicles – they would never make the heedless decision to lock our children at home for two full years.

Neither the science of this decision, nor the public health logic adds up. It is all crass politics, symbolism, seeking to be seen as stringent and doing something, yet you actually went on holiday. Europe and North America eased their lockdown - actually opened their countries - after they finished vaccinating their most vulnerable populations.

This most vulnerable category included all persons above 50 years of age. Since they started from the top, the 90-and 80-year-olds coming down, when they reached the 30-year-old persons, football and other sports stadiums started playing with half capacity crowds – with no masks – only after simple rapid testing.

Bars opened and central market-squares became mask-free zones. The conclusion from that is that while Covid-19 may actually affect everybody, including children, people below 20 years of age were the least at- risk. Or were not at-risk at all.

The United Kingdom recently took the decision not to vaccinate its under-18s — until more safe data on the vaccines become available. In taking this decision, as the BBC reported, UK scientists argued that these folks under 18 get “relatively little benefit” from vaccinating against Covid-19.

And only recently, America’s Centres for Disease Control and Prevention(CDC) only sanctioned vaccinating children between 12 - 18 only in June this year – and only with Pfizer (this will also be a story of another day). The decision to vaccinate children under 16 is still debated in many parts of our “most scientifically-advanced” world.

The simple explanation is that children are not at-risk groups (except those with underlying conditions). So, with scientists and politicians who simply copied and pasted anti-Covid-19 measures from Europe and North America, where are they copying their science from?

If their forebearers of reliable science hold those positions about young people, where are these folks getting their science? Why are our schools with 95 per cent of children below the age of 20 still closed? What is the science behind this? Oh, I remember, they are locked at home because of their teachers.

The teachers risk infecting them. Did the second lockdown on schools happen because teachers were infecting learners? Or because Museveni allowed his Indian buddies to enter the country with the Delta variant – at a very corrupt airport?

See, the man said in his address recently: “Schools remain closed until sufficient vaccination of teachers is done.” Did he consider locking teachers in school the same way he told market vendors to sleep in the markets?

How then do you ease lockdown on the country, allow parents to openly go to the markets and leave the children at home?

Won't the unvaccinated parents infect their children? Well, neither of the decision-makers have children in Ugandan schools; thus they can afford to gamble with the real lives of our children! It is so painful. Did you not hear our dear leader emphasising the point that “children should continue virtual learning”?

I come here not to cry about the thousands of young teenage girls that have been impregnated across the country in the course of the lockdown. No one is counting well — they do not care — but the numbers are staggering.

NTV’s investigative show, Panorama showed that in northern Uganda alone, over 17,653 girls were impregnated in the past two years because of the closure of schools. NTV also reported that this figure by Comboni Samaritans of Gulu is contested as too low.

You do not want to add, Luuka, Iganga, and the slummy parts of Kampala, Wakiso and Mukono. You might suffer a heart attack. Again, I do not come here to remind our rich and powerful decision-makers that several teenage girls have been married off and others infected with HIV/ Aids.

Others have simply been exposed to early sexual behaviour. I know, they do not care. I come here to cry to the general public, to remind them that for sheer politics and small monies, absolute peanuts (from the more callous Mzungu donors, considering how much goes out of the continent on the daily, in billions of dollars), our children who appear unaffected by the lockdown are simple walking zombies, sleeping but active volcanoes, trauma victims of imaginable proportions.

See, a girl who was 16 years old at the beginning of the lockdown is now 18; one who was 18 is now 20. They are older, but at the same stage of their social mental development of two years ago.

They are unsure of the futures ahead: rusted brains, bigger bodies, disenchanted with school, and have gotten diverted into other possibly dangerous preoccupations. I can hear some dullards mouthing the nonsense, “at least they didn’t die.”

That is the problem with binge movie watching, while speaking for government. The thought, that the movie, The Walking Dead, was being enacted live in Covid-19. Something like, Covid-19 walks in human form and is lurking behind the walls of schools waiting for kids to return.

Sadly, everything Yusuf has written is true. We are on our own.

Why is the tribalistic system still standing ensuring Ugandans are powerless, when tribal lands that form Uganda belongs to them & not to Museveni & family?
Report to administrator
+6 #12 PaulM 2021-08-06 07:24
Yusuf you are spot on! Thee fellas do not care, there kids are studying in International schools on tax payers money.
Report to administrator
+4 #13 pius mugenyi 2021-08-06 08:35
everything that has been written by Yusuf is a fact and we are headed for trouble in future if schools are not opened with immediate effect.
Report to administrator
+5 #14 sula 2021-08-06 11:58
The citizens of a country which is occupied have no rights.- 'They came ,they saw, they conquered''

while some of our sub-educated children and their children's children will be the cleaners, delivery boys and girls; both at the DRA's homes and offices; others will be Street-vending Toilet Papers from the DRA's factories; riding Boda and yelling themselves silly as Taxi and Bus touts.

up to 1985, who could have ever imagined that: Ugandans would suffer the lowest standard of education in the Region, characterized by widespread dehumanizing unemployment (87%) and poverty.

Just bringing down the tribalistic systdem & UNITY are all Ugandans need to have a fresh beginning!
Report to administrator
+2 #16 Akot 2021-08-07 14:31
Tym, understood, but,

It's easy for demon rulers to hold position when the people are not or ill educated, poor...!

Ugandans MUST force tribal leaders out of office & UNITE to end Museveni's family business or in the next 35 years, things will be worse for today young & their own kids will live in worse situation!
Report to administrator
12