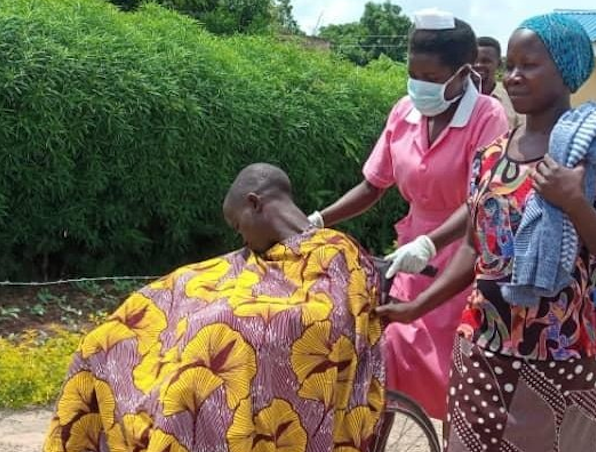 Lockdowns have prolonged other illnesses

As the nation draws close to the end of the 42 days lockdown initiated by the government to curb the spike in the Covid-19 transmission rates, anxiety looms among many as they await the presidential pronouncement.

Like many other countries worldwide, Uganda adopted lockdowns as a temporary two-fold measure to fight against the Covid pandemic. First, as a way of slowing the virus transmission rate and hence pressure on its healthcare systems; second, as means of buying time to draft and rollout comprehensive long-term plans against the pandemic.

For many, however, the efficacy of prolonged lockdowns in the fight against Covid is questionable, especially in the majority world, where its short- and long-term consequences have a far-reaching impact on the population's social-economic well-being.

In one of his last articles, the now late Prof Anthony Mbonye concluded that Uganda's Covid pandemic management "hasn't been guided by evidence and scientific analysis" but instead "been ad-hoc and based on fear and imagination."

While he agreed with the necessity for the initial lockdown, he disagreed with its prolonged nature due to its dire consequences, one of which was the high risk of negative impact on the non-covid disease burden.

According to him, the "hard-won gains in addressing fundamental vulnerabilities in women and children's health in Uganda" could be reversed due to a prolonged lockdown. Evidence of these losses is already registered as seen in how many with prolonged illness, including HIV, cancer, and others, struggle to access routine medical appointments due to movement restrictions.

Away from healthcare, Uganda is primarily a substance economy. The majority of its population lives on daily wages and with hardly any social safety nets publicly or privately to cushion them in prolonged periods of no income.

This, therefore, as the contextual reality of Uganda, should be the guide of what or how, if at all, a lockdown should look like in Uganda. Still, for many, it doesn't seem like the government has thoroughly thought about this reality, and when it has, it has been done so haphazardly.

Lockdowns have in the past been announced as presidential directives after 8 pm, and with immediate implementation, leaving no lead time for most to reorganize themselves and their businesses around lockdown directives.

For example, some traders who would have preferred to relocate their perishable merchandise from their stores to their homes with the plan of switching to E-Commerce through social media are unable to, hence incurring double losses.

But also, lockdown presidential directives have often not been clear, leaving their interpretation majorly to armed security forces, who are also on record for gross violation of human rights and corruption. In general, lower-level security personals are trained to take orders as given and often don't take time to think and engage responsively.

As such, we have seen and read stories of many wrongful deaths at the hands of security agents in the name of enforcing presidential directives.

One would assume that during a heightened state of mental and emotional stress, anxiety, and some cases hopelessness resulting from adverse effects of the prolonged lockdown, security forces and the government at large would be at the least engaging in a way that raises faith and hope among the population.

But this doesn't seem to be the case, as witnessed by the level of brutality that security agents are using when enforcing the lockdown. This brutality only exacerbates an already tense situation whose outcome could be worse off than the lockdown itself, as seen in other parts of the world.

Lastly, evidence of optimal lockdown period utilization can only be justified to the public by providing and rolling out a comprehensive pandemic response strategy.

For most during the lockdown, the expectation was that the government would give evidence of a detailed strategic plan, including mass testing to identify covid hotspots, emergency medical response plans, a vaccinations plan, emergency economic stimulus, and many others.

Unfortunately, there is very little evidence, if any, to show the public regarding this. What is evident is that rather than mass testing, or at least making testing available and affordable for all, the government procured pick-ups.

Rather than emergency economic stimulus, the government is spending 31 million dollars on MP's vehicles. Rather than plans or even conversations on rent/ eviction moratoriums, the government is asking the public to pay for new number plates for their cars and boda bodas. Would you, therefore, blame them for questioning the efficacy of prolonged lockdowns?