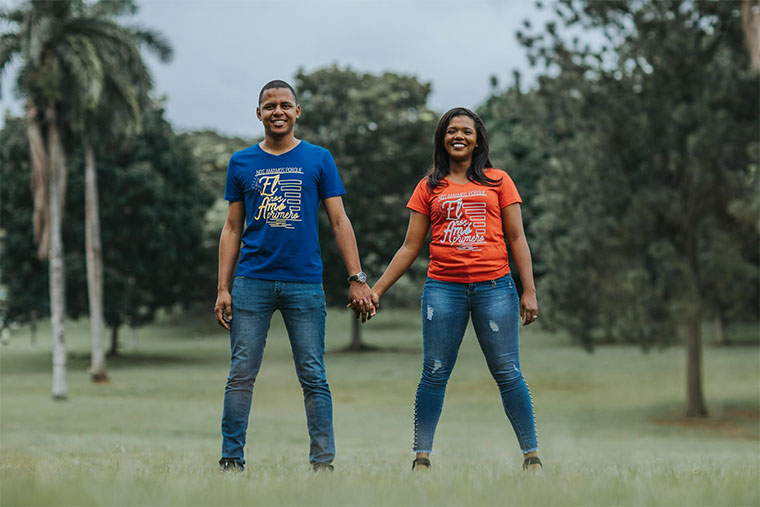 In the previous edition of The Observer, July 21, 2021, I ended my column by highlighting the excuses that are commonly fronted to conveniently support the dangerous social expectation for men to take care of women.

In the second part, I demystify the excuses, highlight the absurdity of "men who take care"; and offer solutions on the way forward.

First, regarding the suggestion that women are innately expected to naturally look for men with sufficient resources to take care of the family in the same way that Chimpanzees do, I wish to suggest, for starters, that the bigger size, and the comparatively more sophisticated brain that humans have implies that there is a lot that inevitably goes on in our considerations for possible courtship suitors.

For instance, animals do not have religious, political, economic, or social views- factors which are very important in human courtship and the relationships that emerge from them.

Therefore, citing evolution as a justification for "men who take care"; is misguided for the mere fact that humans are different and have higher needs than those of chimpanzees.

Secondly, selecting specific religious texts to justify the evil practice of men who take care is contradictory and the arguments can only be believed by those who solely look up to their religious leaders for reading, analysing and interpretation of the religious texts.

To take the Christian Bible as an example, anybody who quotes Paul (New Testament) to justify the subjugation of women and the calling for men to take care of women only needs to be reminded to flip a few pages back in the Old Testament and will quickly learn of very fierce and independent women who not only took care of their men but also the entire communities they lived in.

Such female characters include Deborah (In the book of Judges who was a prophetess and a judge of the pre-monarch Israel, Queen Esther and King Ahasuerus who saved her Jewish race by influencing the Persian King.

The third absurdity of expecting men to take care of women relates to the probably unintended disregard for the several decades of gains by feminism - both as an intellectual discourse and the several works of social activism.

Precisely, it is inconsistent to appreciate the idea of equality between many and women, while at the same time expecting men to continue taking care of women.

Similarly, if the toxic femininity, that applauds men who take of women is to continue holding ground, what, then, becomes the fate of women who find themselves financially stronger than the possible male suitors? Should such women hide their financial resources and pretend to be broke?

Should they never take credit for the earnings just so that they continue to fit within the society's ill-informed expectation of men who care?

On an outing where a man has no money, but the woman has, should the women secretly pass on the money to the man so he can appear to be the one who is paying?

Also, whether rich or poor, what is the place for women who generally do not expect to be taken care of by men?

Additionally, with the ever-increasing materialistic tendencies, what if some men fail to come up with the resources deemed enough to take care of a woman? Should they really be denied the chance to get a marriage partner? And what should happen to men who are financially stable at the beginning of the relationship but end losing their sources of income?

Should women quit such men and seek others who still have the financial resources?

Given the absurdity, and the existential threat posed by the social expectation for men to take care of women, everyone should strive to discourage the practice and instead seek to correct the patriarchal systems that gives men more economic chances than men.

The kind of belief systems that only perceive women as manufacturers of babies and whose ultimate destiny and calling is to take care of domestic chores while the men are encouraged-right from child- to see themselves as people who are going to work in the public sphere.

The systems that economically disadvantage women during divorce, or in the event of a husband dying. It is only then, that instead of perpetually expecting men to take care of women, we should be discussing mutual support and interdependence between men and women.

We cannot simply enjoy and celebrate the luck of living in the 21 st century while continuing to pigeonhole people into unfair gendered responsibilities.