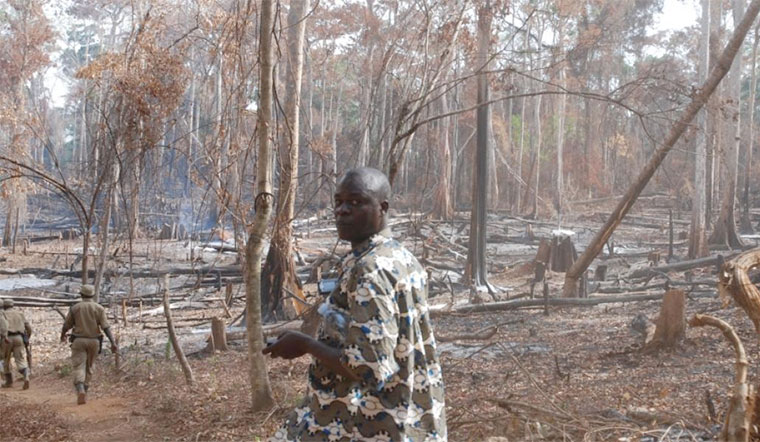 This is a good idea because it aims at restoring back our critical biodiversity. The irony, however, is that these are the same government agencies that are giving out the same forests and wetlands to investors and the rich men to carry out developments.

This is a contradiction for NEMA and NFA because most forest and wetlands that are under threat, such as Bugoma forest central reserve in Bunyoro region and Zoka forest reserve, were given to investors under the watch of NEMA and NFA.

Therefore, I call upon the government of Uganda to come up with stringent measures to save forests, wetlands, water bodies and entire ecosystems in order to avoid the wastage of taxpayer’s money by NEMA and NFA trying to restore the ecosystems.

Globally, the month of May comes with special celebrations. These include Mothers’ Day and the International Day of the Midwife (May 5) and International Nurses Day (May 12). This year’s celebrations were held under the theme ‘Follow data; invest in midwives’.

On these days, countries reflect on the crucial role midwives and nurses play in achieving high levels of essential care for their patients, especially providing the joy of parenthood to families. However, to many families, this joy is usually missed owing to maternal deaths.

Evidence suggests that the maternal mortality ratio in Uganda is 336 maternal deaths per 100,000 live births. Infant mortality is at 43 deaths per 1,000 live births, with 42 per cent of the mortality occur- ring during the neonatal period. Media are often awash with news of a mother or a baby who died during delivery in various districts of Uganda.

The most common causes of maternal mortality and morbidity are five and these include pregnancy-related hypertension (elevated blood pressure), haemorrhage (bleeding between 300-500 mls after delivery, ruptured ectopic pregnancy or APH), unsafe abortions (if mismanaged, causing sepsis and injury to organs, i.e. the uterus), obstructed labour (the use of native drugs, lack of antenatal care and malpresentation of the foetus), sepsis (unhygienic delivery conditions that lead to infection, like a mother delivering at the roadside, at home and at the hands of unskilled health workers).

Although we recognise that there are other causes, such as untreated diseases like syphilis, severe anaemia and malaria, delays in decision-making, poor transportation, insecurity and heavy workload during pregnancy, the highlighted causes can be prevented by a pregnant mother attending antenatal care.

Antenatal visits during pregnancy are the most crucial steps for a mother to have a healthy baby during pregnancy. Antenatal care is defined as planned care given to an expectant mother from the time conception is confirmed until delivery.

During an antenatal visit, health workers focus on establishing the health history of a mother through an investigative approach.

Essential interventions are made available to the mother to boost her immunity and that of the unborn baby. Therefore, as we strive to have no maternal deaths, mothers should attend antenatal care.

How to respond to emergencies

Ugandans have demonstrated either a lack of knowledge, greed or otherwise when it comes to responding to emergencies like accidents, fire outbreak etc.

The common practice is that when an accident happens, the first thing people do is to take pictures, videos. In other instances, the would-be first responders start by robbing the dead of their valuables. This is absurd and regretful.

People at the site of the tragedy should do the following; if it is a fire, they can try to put it out using the available resources around like extinguishers, water, sand etc. Then they can call the police fire brigade or any number of the police.

Many drivers were seen bypassing the scene where Gen Katumba Wamala was shot without any concern. It took an initiative of boda boda chaps to whisk the general to a nearby hospital.

Emergency response is an issue of life and death. Don’t litter the scene of the crime. Investigators are interested in the sanity of the crime scene. From the events that followed after the shooting, I doubt if investigators obtained sufficient exhibits, marks and other important valuables.

KCCA can do better

While watching primetime news on one of the leading television stations, I recently noted with concern the fast-rising action by KCCA to condemn buildings in the city.

In that news item, two privately-owned buildings were condemned, which means the owners will lose a lot of money. According to KCCA ordinance, the owner of a condemned building takes the cost of rebuilding the structure as per approved plan by the authority.

It is not the first time that the City Authority has condemned buildings around Kampala. In fact, it is increasingly one of the major challenges private estate developers and ordinary citizens are facing once they decide to build commercial premises or residential houses.

Personally, I would like to ask stakeholders in this sector such as architects, builders and, of course, KCCA, to find a formula to solve this problem. For instance, can’t they correct the errors without pulling the buildings down?

My observation is that we have city planners who take long to approve plans. So, many Kampala dwellers build without approval. In such a scenario, the City planners can adopt and include such buildings in their maps and life continues.

Another way can be the creation of a forum that consists of city planners, owners of condemned buildings and builders to correct the mistakes, instead of pulling down the structures.

To give this kind of forum a check-and-balance chip, some university lecturers and students in the respective field should be included as auditors.

Hiking prices of plastics could be the last option for Uganda to get rid of plastics. It is evident that the ban of plastics doesn’t seem to have helped.

Most of Uganda’s towns and city drainages are still clogged up with plastics despite the government’s ef- fort to clear them. According to a KCCA report, Kampala City generates over 350,000 tonnes of solid waste every year but only half of it is collected.

This means that if the plastic prices are hiked, we could cut the drainage cost as the plastics would no longer be cheap. According to Emmanuel Kibuuka a businessman in Kikuubo, plastics are the cheapest and most affordable item for the poor. A plastic plate can cost as low as Shs 500.

One may argue that if the price of plastics hikes, the poor will reduce their consumption of them. The continuous use of plastics can be harmful to our health too. Health experts have over a long time argued that the use of plastics increases the risk of cancer. It is no wonder that our anscestors lived longer than us.