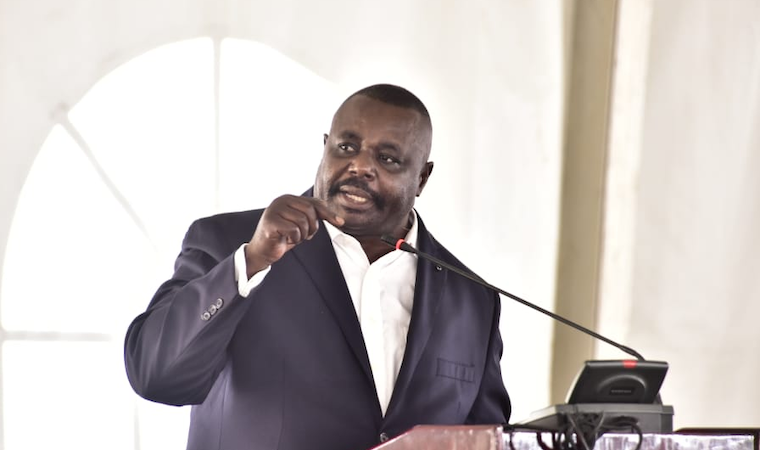 I have seen a section of Ugandans jubilating that the legislature, an arm of government responsible for making the laws pursuant to article 79 of the constitution of the Republic of Uganda 1995 as amended, elected a new speaker - Hon Jacob Oulanyah and that at least things will change since he will preside over an impartial parliament whose role had failed the previous speakers who instead had chosen to make the August House the rubber stamp of the whims of the kleptocracy.

Just like his predecessors, Oulanyah is another lackey or part of the kleptocracy, and Ugandans should not be over expectant that the 11th parliament will cease to be a carte blanche for advancing the whims of Gen. Yoweri Kaguta Museveni who has ruled the country for nearly four decades.

To a larger extent, his overstay in power is partly contributed to the parliament which is largely composed of his minions that do not have the country at heart but the bottomless pits of their stomachs.

As long as they appease their god (Museveni) and make him happy, they assume that the rest of Ugandans are happy too. If it were not for these minions in parliament, Gen. Museveni wouldn't be clinging onto power after two terms (which expired in 2006).

Because they were so greedy, he bribed them with a paltry five million and they amended the constitution and removed the limits which would have helped us to get rid of the cartel but they decided that he would contest again and again till he begins to rule while ensconced in a wheelchair with an inbuilt potty like late Robert Mugabe of Zimbabwe.

A mere subscription to the National Resistance Movement (NRM) is evidence enough to be Museveni cat's paw which means that the newly elected speaker will carry forward the robotic behavior of his predecessors. See he has already likened Museveni to Jesus, so what do you expect?

For the years he had been the deputy speaker of parliament, since May 2011, deputizing Rt. Hon. Rebecca Kadaga, the bow-tied minion of Museveni didn't at one single time object to any politically motivated bill, now they are laws oppressing Ugandans.

He was always there as a yes man. That makes him a mustached robot donned in colonial peerage robe and wig ready to be remote controlled directly from the State House in Entebbe.

Let us not remember to forget that during the debate on the age limit in 2017, many opposition members of parliament who were opposed to the bill were beaten and arrested from parliament by the Special Forces Commanders (SFC) sent in by Museveni and cleared by Kadaga and Oulanyah in total disregard of parliamentary security.

The constitution was amended even without the certificate of financial implications as the law requires, but still he has the gumption to spew such balderdash likening Museveni to Jesus.

So, what will the kleptocratic gerontocracy bring to parliament and Oulanyah gather the modicum not to be used like a condom?

Ugandans must know that anyone in the NRM party including the newly elected speaker will always work tooth and nail to appease the god (Museveni) and as a consequence of this, we must not remember to forget that the god is still here to preside over a country where our taxes are looted with impunity, critics are disappearing and others murdered, scores are being assasinated without anyone being brought to book.

This is the reality, there is no change as long as NRA is still in charge

The situation will reamin so as long as the tribalistic system protects migrant Museveni, while ensuring Ugandans are tribally divided, thus POWERLESS!

The outside world will remain silent, unconcerned about what Museveni does to Ugandans as long as they are alright with the inhuman tribalistic system that goes against International Principle.

USA, France have woken up & withdrawing support to countries at armed wars, as they only prolonged wars & made them normality!

Ugandans MUST bring down the tribalistic system & UNITE against Museveni, if they want sympathy, help from the outside world.

Why do Ugandans prefer protecting Museveni through the tribalistic system & fake elelctions?

However M7 has succeeded in dividing us along political, religious, tribalism and family lines. M7 has also succeeded in making us believe that he own Uganda and the only one ordained to rule for life.

Parliament and the judiciary are just extensions of autocracy to design the laws that sustains his autocracy. Therefore it doesn't matter whether it's Olwanya, Kadaga or anybody else, M7 is entitled to his way.

As it also doesn't matter whether it's Owiny Dolo, Katulabe or anyone else, M7 will prevail automatically in any matter that is before them.

That includes the army, police and the opposition, all of them are there to appease M7, his family, relatives and tribesmen. It's only the ordinary wanayinch who can and will bring the needed change [only if we are united as one].
Report to administrator
0 #4 Akot 2021-06-11 12:34
Quoting Remase:

...it's our duty to bring the change that we deserve and need.

M7 has succeeded in dividing us along political, religious, tribalism and family lines.

M7 has also succeeded in making us believe that he own Uganda and the only one ordained to rule for life.

Parliament and the judiciary are just extensions of autocracy to design the laws that sustains his autocracy. ... M7 is entitled to his way.

M7 will prevail automatically in any matter that is before them.

The army, police and the opposition, all of them are there to appease M7, his family, relatives and tribesmen.

It's only the ordinary wanayinch who can and will bring the needed change [only if we are united as one].

I don't understand why Ugandans act as if M7 is eternal, the country formed by their tribal lands began with M7 & they will NEVER have to look at each other in the face without him around!

Not even Acholi tribal leader/elites... are aware Museveni will 1 day be no more!

Not 1 tribe has the leadership to FREE his people, manage land riches & just administer FREE land!

What will the situation be the day fake god M7 drops dead?
Report to administrator