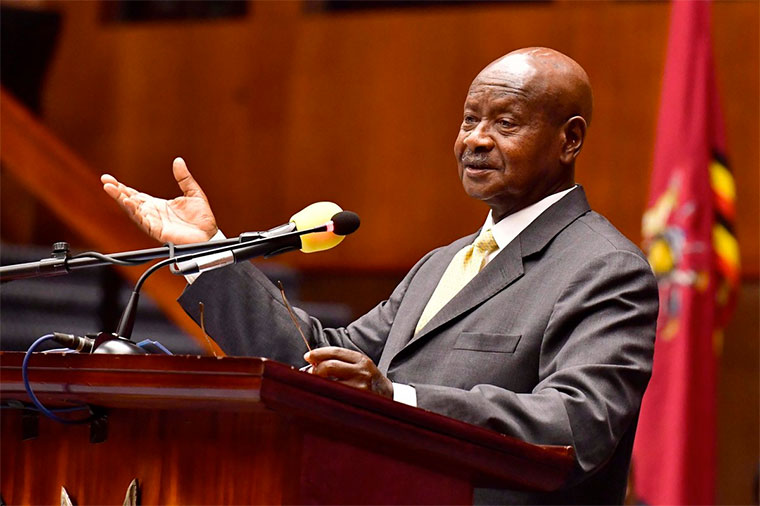 Yoweri Tibuhaburwa Museveni is sworn in today as the President of the Republic of Uganda for the 6th time.

Unlike other presidents who have ruled Uganda before, President Museveni has kept the power for the longest time. That longevity should be turned into a force for good, and not for evil.

That experience has given him ample time to understand the local leaders’ selfish appetites. He has worked with career civil servants and ‘bushmen’ like himself. With this experience, the president has used the same people and achieved the same results for the longest time. How sad!

He knows who sings praises for the sake of capturing his attention. He knows the charlatans and jokers. He knows those who have worked with him in order to secure the best procurement deals.

Thirty-something years should give Mr Museveni the greatest satisfaction that comes with mustering the will to make Uganda meritocratic, corruption-free and equal for all citizens. And most importantly, to build a system of accountability that endures beyond him.

The sixth term should be an opportunity to get the ablest and best Ugandans into politics. This should be the time to avoid those who sleep in parliament and in cabinet meetings, only to wake up in time to vote.

This should be the time to avoid praise singers, jokers, hypocrites, self-seekers and bogus party faithfuls who serve no purpose at all.

The sixth term should be the time to offer equal opportunities to all able Ugandans to serve their country and exploit their potential to the fullest. Uganda must be able to attract, retain, and absorb talent from all over the world. The last term, was code-named Kisanja Hakuna Mchezo (very serious term).

What an irony that from the perspective of the NRM manifesto, the term has been replete with michezo! People have become poorer; they cannot afford medical care, their children cannot go to school, both the domestic and foreign debts have gone through the roof!

One would have thought that with all this wealth of experience in politics, Museveni should be the last person to settle for less.

We believe the new cabinet must not only endeavour to reflect the national character but must also be guided by meritocracy.

Just like government is planning to merge  state agencies and return some to ministries, so must the size of cabinet be trimmed. He should abolish the army of presidential advisors.

That work can be assigned to research organizations or universities, which will add value to work by advising the president with the right information.

Many of the advisors have spent the last five years without advising the president; so, why does the country need them! The president doesn’t need to be placated anymore. He needs to be tough on corruption. He needs to be transparent in his conduct of national affairs. He needs to build national institutions that will last beyond him.

He needs to unite Ugandans. Uganda does not belong exclusively to NRM members. The youth who are the majority have been characterized as lumpens, terrorists mainly because they belong to the National Unity Platform (NUP).

Political association has been criminalised. Ugandans are all stakeholders with varying contributions to statehood and nation-building.

The Observer would like to congratulate Mr Museveni and hope that while the past may have failed him, this time round he will deliver us to the Promised Land.

+1 #1 Godfrey 2021-05-17 13:29
Quote "This should be the time to avoid praise singers, jokers, hypocrites, self-seekers and bogus party faithfuls who serve no purpose at all"!!. Its as if you are talking the opposite,
Report to administrator
0 #2 Penny 2021-05-19 07:05
Dear editorial team, this is a great ask to the president. If he could deliver on just this, Uganda will be a better place. Thank you.
Report to administrator