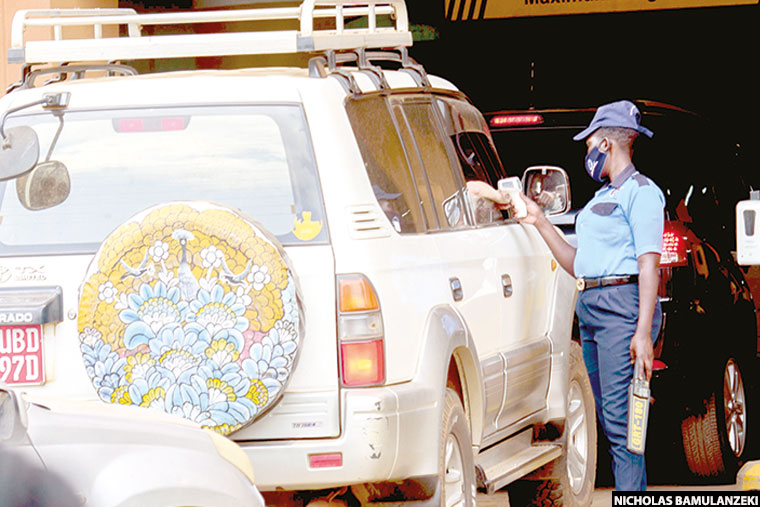 After the 2010 football World Cup bombings in Kampala, which claimed 74 innocent lives, there was public demand for more and better security in public places.

The government responded by registering many private security agencies, which recruited thousands of security guards. Security guards have become a ubiquitous presence all over Uganda - performing checks for forbidden items at entrance points at crowded public spaces, conducting patrols, managing access and egress, monitoring video surveillance systems and crowd control, among many other duties.

According to Uganda Private Security Organizations Association, Uganda is estimated to have 60 registered private security companies with upwards of 17,000 employees.

I was among the many who applauded the increased presence of private security as a supplement to the established national security apparatus. However, over the last 10 years, I have been appalled by the many incidents where security guards have used excessive and deadly force in various parts of Uganda.

Among the many such incidents are the following:

March 15, 2010: A guard at Makerere University shot dead two Kenyan students after an argument in the midst of a student leadership campaign.

August 21, 2016: A guard shot dead a Gulu University lecturer, Isaiah Okidi, during an argument, which started after the guard accused Okidi of attempting to steal a motorcycle yet the motorcycle did belong to Okidi.

January 23, 2019: A guard with Swatt Security Company shot three people, killing one and injuring two others.

February 23, 2021: A guard at Classic Wine Factory in Mbarara shot dead a UPDF soldier, who was returning from a bar at night.

March 17, 2021: Guards shot dead two S4 students from St Joseph’s College Layibi, Gulu during an altercation after the students had trespassed on a neighbouring girls’ school.

One can now justifiably ask if security guards are properly assessed and trained on having safe interactions with the public by de-escalating conflicts and managing provocations. Or is their selection and training more focused on desired physical attributes and the ukali factor?

Security companies claim their guards are properly trained to safely carry out their responsibilities and the use of live ammunition is a last resort.

For example, G4S Security, one of the largest private security companies in Uganda, claims that their “officers undergo rigorous training and refresher courses to ensure that they are equipped with the right skills and knowledge to serve the public”

However, Zakaria Oketta (his employer’s name withheld on request), a security guard at a Kololo retail establishment, says: “Before I was hired, I was asked a few basic questions about my family background and how I might respond in different situations on the job. That was it.”

With the increasing and needless killings by security guards, it is incumbent upon private security agencies to conduct comprehensive pre-employment psychological testing and even do such testing within their current workforce.

A comprehensive psychological assessment includes both personality tests and mental ability tests and should help identify people who are diligent, courteous, ethical, unprejudiced, and have the mental ability to manage unruly people and get them to cooperate without the use of excessive force.

It goes without saying that the public has a part to play in maintaining peaceful and orderly interactions with security guards - by being polite and complying with reasonable and lawful instructions. Also, the public needs to appreciate that security guards are usually the “messengers,” not the originators of the “message” (instructions).

When asked what irks him the most when dealing with the public, security guard Oketta who is paid a paltry Shs 220,000 per month, is quick to say, “I dislike how they look down on us, security guards. Because of our low pay and social status, many don’t follow our instructions and then some even insult us. Eh, this job is stressful and risky!”

Oketta’s and many other security guards’ experience is confirmed by several research studies, notable of which is that of Affizal Ahmad and Nurul H. Mazran, researchers at University of Science, Malaysia, who found that the security guard profession had the highest percentage (65.7 per cent) of extensive job stress of all professions (29 considered) and it has been proved to induce negative mental health.

To maintain safe encounters between security guards and the public, the greater burden will continue to fall on the shoulders of private security agencies to recruit well psychologically-assessed guards and on an ongoing basis to actively monitor their guards’ mental health.

The author is a mental health consultant in Toronto, Canada