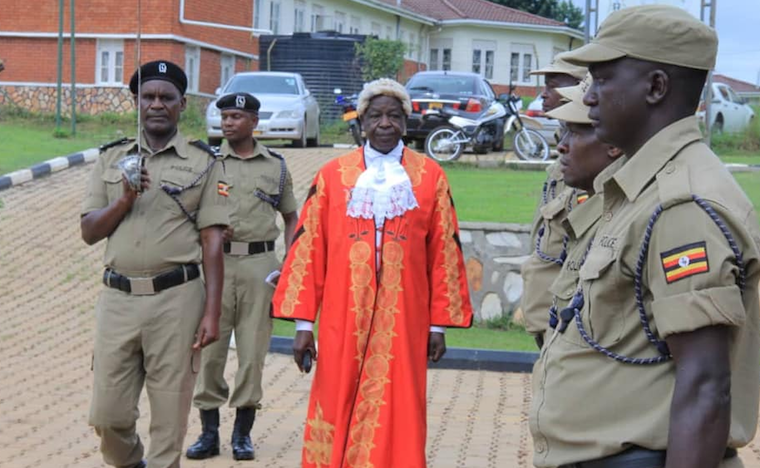 A few years ago, one of the last acts of Bart Katureebe as chief justice was to see through the passing and assent of the Administration of the Judiciary Act, 2020, which, among a number of things, led to the improvement in the remuneration of judicial officers, and guaranteed a hefty payout in the name of consolidated benefits, gratuity and pensions to officers in retirement.

In some cases, the judicial officers would take 100 per cent of their last paycheque as a monthly pension. This is a good thing and in a number of the developed economies it would have been welcomed. But Uganda is not one such economy. On the contrary, Uganda is an economy struggling to pay its public servants, exerting such a wage bill on the state would be self-defeating.

However, the Administration of the Judiciary Act should not be blamed for the pay disparity. After all, the judiciary was only following on the heels of other state institutions that have exploited loopholes to cater for their own.

Parliament of Uganda, for instance, has constitutional provisions under Article 85 of the Constitution of Uganda, 1995, (as amended) that enables members of parliament (MPs) to determine their own pay. It has gone so wrong that MPs now, as the first order of business after swearing-in, determine their pay.

The same is true with corporate bodies affiliated with the state and other autonomous and semi-autonomous departments and agencies in which officers at the same rank earn different pay from their counterparts in the mainstream ministries.

The assent of the Administration of Justice Act has placed positions in the judiciary in the much-coveted league akin to what the members of parliament find themselves in. The judiciary is now much sought after, the same way it is with getting into parliament.

The difference being that one has stricter qualifications of admission and the other only requires a Uganda Advanced Certificate of Education.

This, however, is unsustainable because it has occasioned political expedience (read quid pro quo) between the executive and judicial branches of government. The selective hike in salaries and retirement benefits for judicial officers has made the judiciary a very attractive proposition for those that want an easy time and hefty benefits.

Almost everybody in the legal profession is now eyeing the judiciary as a get-rich-quick scheme regardless of their level of competence.

The Administration of the Judiciary Act is grossly unfair in as much as it saddles the taxpayer with a burden of paying a retired judge a full salary or near to it when they are no longer working. This is after the same judicial officers have been exempted from the Pay As You Earn tax for the duration of their time of service. This scheme is completely unsustainable and it will become evident when more judges enter retirement.

Even now, judges who were already in retirement have had their pensions adjusted to reflect the change. Whether all of them will see that money in their lifetime is another story altogether!

We do not begrudge judges a good salary and retirement benefits, but we want to see value for money in terms of cases concluded quickly and guaranteed of quality in terms of being able to weed out and sack incompetent and unproductive judges.

The current state of affairs favouring judges is detrimental to the cohesion of the public service and is likely to encourage corruption among other less privileged civil servants who choose to either steal or to leverage their jobs to make extra money.

Conversations regarding the enhancement of all public servants have been in the works for close to two decades now. In 2005, talk about the operationalization of Article 247 (A) providing for the establishment of a Salaries and Remuneration Board were activated. However, the mover of the motion soon withdrew it.

In 2015, during a constitutional amendment process, then minister of Justice and then Attorney General also moved to reactivate the conversation. They, too, were unsuccessful. But this has not stopped the parallel movement of legislations specifically targeted at certain individuals or areas of government where salaries have been reviewed while the rest remain unchanged.

The Legal and Parliamentary Affairs committee, which was mandated to scrutinize the 2015 Constitutional Amendment Bill, presented its report to the House.

There is no logical explanation as to how someone in this economy could earn as much as Shs 45 million, whereas another, with similar qualifications, earns Shs 1 million. Worse still, a senior six graduate who creeps his or her way into parliament will earn Shs 25 million plus a onetime grant for a motor vehicle, while university professors earn Shs 6 million!

The author is the executive director at the Anti-Corruption Coalition Uganda.