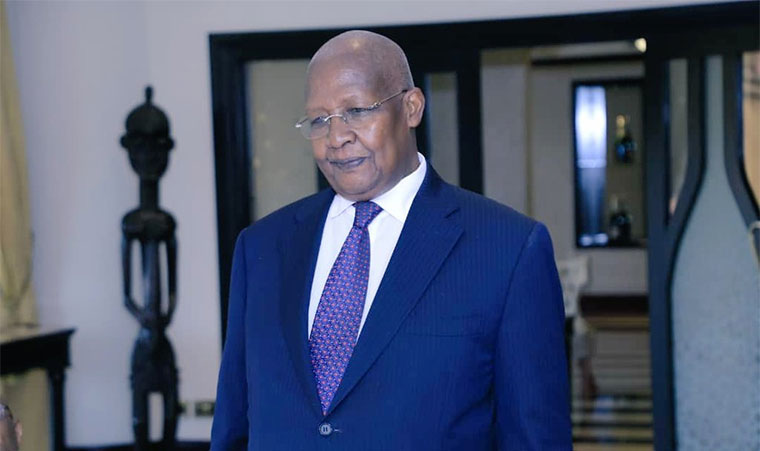 Faced with one of the greatest public relations debacles, the ministry of Foreign Affairs has decided to engage a strange approach; play ostrich, in order to whitewash Uganda’s tattered image abroad.

Of particular interest, is Uganda’s response to the US State Department human rights report, issued on March 30, 2021. The report, among other things, accused the government of arbitrary killings and torture of citizens, and unlawful detention of opposition politicians on trumped-up charges such as treason, cyber harassment, inciting violence and addressing illegal meetings.

In the same report, the government was also accused of censoring citizens’ criticism of its actions, and arbitrary closure of NGOs which were involved in civic education during the electoral process.

It is also mentioned that police used Covid-19 restrictions to disperse opposition meetings and rallies but allowed similar meetings held by the ruling party to continue uninterrupted. The minister of Foreign Affairs, Sam Kutesa characterized the report as biased and carrying “a pattern of obfuscation that rhymes with Hon Kyagulanyi’s attempt to justify his wrong actions.”

Kutesa described the abductions, kidnaps and disappearance of persons as ordinary security arrests of wrongdoers. He added that everyone who is suspected of wrongdoing is guaranteed due process.

It is strange that the minister of Foreign Affairs can decide to relegate serious human rights abuses to ‘obfuscations’ of another politician! President Yoweri Museveni and the Minister of Internal Affairs Gen Jeje Odongo have all admitted deaths, and abductions of some citizens and unlawful detentions of persons. But the person in charge of putting a bright shine on Uganda’s image abroad has the audacity to play ostrich.

There is honour in telling the truth and admitting mistakes. In the past, when digital technology was not as widespread as today, the Foreign Affairs ministry would have found it easy to tell lies. But now the atrocities are being reported in real time. And there are so many digital footprints of the atrocities committed against Ugandans.

It is nearly impossible for anyone to hide anything.  Strangely, at the time the ministry’s report was being released, a Uganda Peoples’ Defence Forces (UPDF) representative in parliament, Brig Felix Kulayigye was before a committee of parliament justifying the indiscriminate use of fire arms and live ammunition during the November 18 and 19 riots.

“The army has no other tools such as batons and blank bullets that can be used to contain riots if called upon to reinforce civilian authority,” Kulayigye said.

Kulayigye’s statement gives credence to the allegation of heavy involvement of the army in the violation of human rights. Kutesa said the partnership between USA and Uganda is based on mutual respect, non-interference and respect for sovereignty.

But how does one consolidate mutual respect, when there is no mutual trust and honesty? The honourable thing to do is for government to own up its misdeeds, apologise to the wronged Ugandans and take action against the culprits.

And since Kutesa describes the relationship between USA and Uganda as a partnership, it means one partner has a right to criticize the other for doing something that is likely to ruin the relationship. No one likes partnering with a questionable person.

+1 #1 Lakwena 2021-04-21 14:29
In other words, guilty as sin; the regime having been caught pants down, e.g. savaging journalists, countrymen, women and children; Sam Kuteesa as the face of the regime, cannot look into the eyes of the whole, wide, world. Shame!

But Observer Editors, the government cannot make mistakes because, it is supposed to be guided by the Rules of the laws: To do only what the law allows it to do.

In other words, the officers of the state are supposed to be strictly guided by the Constitution/law. Therefore, any action by an officer of the state outside the law, cannot be a mistake, but a crime.

This is because the purpose of the state is to protect the citizens from criminals. And the purpose of the Constitution is to protect the Citizens from the state.
Report to administrator
+1 #2 Lakwena 2021-04-21 14:42
In our Uganda of today, the following words and/or phrases e.g.: the President (fountain of Honor); Security; Intelligence/report; Investigation; the UPDF; the Police, the Rule of Law, Wealth, Progress, etc.are all very dirty.
Report to administrator