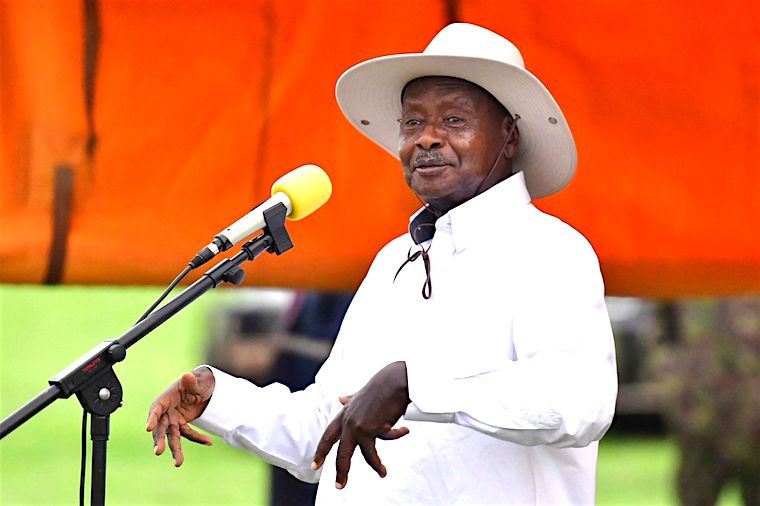 Dear reader, I am sure you know by now that I am no democrat.

I am actually very opposed to democracy— which is sadly confused and mixed up with civil liberties and humane leadership. You can actually have all civil liberties with neither parliament nor election. That is basic world history.

The Ottomans are chronicled as the most humane regime of government in world history. They had neither electoral parliament, nor organised any elections.

The Islamic tradition, perhaps the most comprehensive and foolproof guarantor of civil liberties and freedoms (most notably, women, race, finance), does not thrive on numbers—or noise from uneducated majorities—but knowledge and committed leadership.

In fact, as a handmaiden of the obscenely exploitative and violent free markets, which continue to ruin African economies and privilege our former colonisers, democracy is not simply the language of exploitation, but the practice of exploitation itself.

Democracy is divide and rule. It not only disconnects the elite from ordinary folks, it also divides the most educated folks into polarised political parties where they fight and kill each other. On the other hand, it is the most fetishized, deftly disguised fact that there is no democracy in the Western world — as is performed on TVs and movies — and as Africans strive for it.

The West has extremely autocratic institutions, which constantly change their public relations officers. They call these PR personnel presidents or prime ministers. For example, be it Clinton, Bush, Obama, Trump and now Biden, America’s domestic policy on immigration, the police force, black folks, guns, women, the minimum wage will remain the same. There will be minute adjustments that the very noisy American press will blow out of proportion discussing it on end.

The American foreign policy towards the Middle East, Palestine, Iran and Africa will not change. But while Obama and Clinton smiled through their crimes, Trump was simply a terrible PR. The truth is some invisible Hitlers, Mussolinis, Stalins, Lenins, Zedongs, and Napoleons control the American and European institutions.

Let me come home to our friends, ‘authority leader,’ Pombe Magufuli (RIP) and dear leader, Yoweri Museveni. Theoretically and practically speaking, the governed are generally okay with autocracy, as long as it is explicable and actually seen to serve their interests. If ordinary folks feel the impact on their leaders’ suspension of their civil liberties, they will give them the benefit of the doubt.

After 911, and now Covid-19, ordinary folks in Europe, North America and around the world, understood there was good reason to suspend their freedoms on privacy, movement, worship, travel, etc. Ordinary folks tend to be okay when they see seemingly uncomfortable practices enforced for the larger good. But this tends to be flipped if the larger good is fighting Mzungu exploitation of Africa.

If you are in doubt of the sources narrating successes of Magufuli’s Tanzania, at least, there should be room for Kenya’s Raila Odinga’s eulogising his friend. In “The John Pombe Magufuli I knew,” Odinga is poetic about Magufuli’s successes on corruption, the Standard Gauge Railway (SGR), protecting Tanzanian dairy farmers and miners, the suspension of inexplicable Chinese loans. In just five years.  Magufuli appreciated the authority in his hands, resisted democracy-driven colonial exploitation, and empowered ordinary folks.

While he did this, he stepped on many toes of many democracy-chanting robbers especially our so-called development partners. As I noted earlier, these fellows stopped exploiting African resources through direct brutal colonisation to indirect, divide and rule, euphemised as democracy. See, these fellows do not call themselves colonial administrators, and colonial lords as before.

They are not racist nor insulting as their colonial predecessors. They are refined folks with innocent titles such as development partners, country directors, and heads of party. They do not openly grab but sign contracts, and shake hands.

To fully confuse their prey, these new democracy-chanting exploiters have conscripted into their ranks an elite — academics, journalists, bloggers—who speak the local language, and know the prey in and out.

Kenyan academic, Makau Mutua has written about these compradors as spending endless time in offices writing proposals and forging accountabilities, which they submit to their “development partners.”

Privileged with multiple megaphones and good English, these compradors are in our ears magnifying small things (freedom of expression, movement, human right this, human right that) as their “development partners” rob their compatriots. Shamelessly, these compradors have reduced Africa’s problems since independence to Covid-19.  It is the major yardstick upon which they are dissing President Magufuli.  Have these dullards heard about HIV/Aids?!

Museveni’s surrogates on the Ugandan side have shamelessly joined in the choruses deriding President Magufuli.  But the real problem for them is surely not Magufuli’s populism or autocracy, they are seated on worse.

But that his list of accomplishments in just five years makes them look bonkers and outright comical. They are ashamed that to pitch a strong argument for Mr Museveni, they have to dig 40 years back, and contrast him with a caricatured version of President Idi Amin.

Museveni and team have to appreciate that the hate they receive is not simply because of Museveni’s long stay. Neither is it for his autocratic tendencies.  Rather, there is nothing to show for his 35 years.

Museveni’s autocracy has not been only empty, but also grossly destructive. The Auditor General recently told us it will take us 94 years to repay all our debts.  All local banks are closed for political reasons, handing over the economy to foreigners.

Ugandan coffee and cotton farmers are bare bones.  Kampala is a sprawling ghetto. Now, you are throwing theatrics of going to space as nationals leave the country en masse for slavery in the Arab world. Just a few examples.

Am I cruel? Perhaps. But you will find that I am concerned for those who keep antagonizing a still tense situation. The people you antagonize do not scare easily. Please learn that lesson.

Change the tone of dialogue. It costs you nothing!!

But John B, since when have Good and Evil sat down for a dialogue?

In other words, I suppose those who are advocating for reconciliation and/or dialogue are regime beneficiaries afraid of losing their shirts and skirts.

E.g., how does one reconcile and/or dialogue with someone whose name is Tibuhaburwa?

How does one dialogue or reconcile with someone who categorically said that he is the Author and Master of Violence and fights only for himself and family?
Report to administrator
+1 #63 Lakwena 2021-04-06 10:31
And John B, who was responsible for the collapse of the 1985 Nairobi Peace Talk (joke [-reconciliation/dialogue])?

When exposed, vulnerable and weak, and in order to buy time; it is the traitors who often call for dialogue and reconciliation. Only to turn around and do the same thing: stab others on the back, even in the face.

In other words, with all the cumulative rot and moral bankruptcy herein this country, where some unjust people unfairly accumulated wealth at the expense of the whole country (87%); the best thing to do is even out: tear this country down (deprive those thieves of their loot) and start building it from scratch.

Just like Libya and Iraq was torn down; blame it on the dishonesty and greed of the few, especially Gen Tibuhaburwa for not listening to his conscience.
Report to administrator
+1 #64 Ferdinand 2021-04-06 13:21
John B, you are an NRM sycophant. You know it too, and you are so poor at hiding it. If your system is not rotten, why are you afraid of openly identifying with it?

You also know that it's such a shame that greed closes the eyes of many of you in there to be unable to fight the injustices reigned on the majority.

They tell you that a toilet is stinking and you start saying that at least let us appreciate its ventilators?!!!! Evil
Report to administrator
-2 #65 John B 2021-04-06 16:07
If insisting that respecting the truth is defending govt, then definitely, that is what I will always do.

Why should I tell lies? If a man is very wealthy, and I hate him for it, does my hatred mean he is no longer wealthy?

This is the kind of reasoning that some of us are proud to exhibit..

They complain about tribalism, but cannot speak without their own tribal hatred spewing out.

The grudge that our people harbor is not based on morality. It is based on the fact that someone else is in
power. This is so transparent and laughable. You must become a hypocrite to maintain a moral argument as an immoral person.

Can one read what you write and conclude that you are moral??

You are your own worst enemy my friends. You are the very things that you claim to hate. This is very clear.
You have adopted self defeat as a way of life.
Report to administrator
-2 #66 John B 2021-04-06 16:33
We do not require a political analysis of South Africa from someone who has the thinnest grasp of details about their own backyard.

You should know that for the black South African majority, this whole piece rings true. That is why they supported Zuma in the first place. Look how well that turned out.

Should we then conclude that nothing good has happened in South Africa since 1995?? In truth, your ignorance is only matched by your ill motivations. On both indicators, you are scraping the barrel.

The first sign of redemption is a willingness to become teachable.

Stubbornness and a hard heart are the quickest avenue to damnation.

We should be here to learn and listen, to share and contribute honestly.

What we are stuck with is the dredging up of bile, which is the resort of disempowered fellows.

I prefer we complain less and talk more of the solutions. I appreciate you that you have read and you make valid points. What's the solution?

We seem to be... more theoretical than practical. I pray we change this one day. We seem to focus more on the small issues all the time.

Wish you could next time write less of what you pointed out and focus on life changing solutions for the pearl. Go to the kitchen and cook

As it is, Musevnei is assured of 40 years & his son will take his place when he does; yet, it's just;

- UNITY are all Ugandans need, if they want him & family out!

In 1986, did T. Okello/Acholi stand down face to tribally divided Ugandans?
Report to administrator
«234567