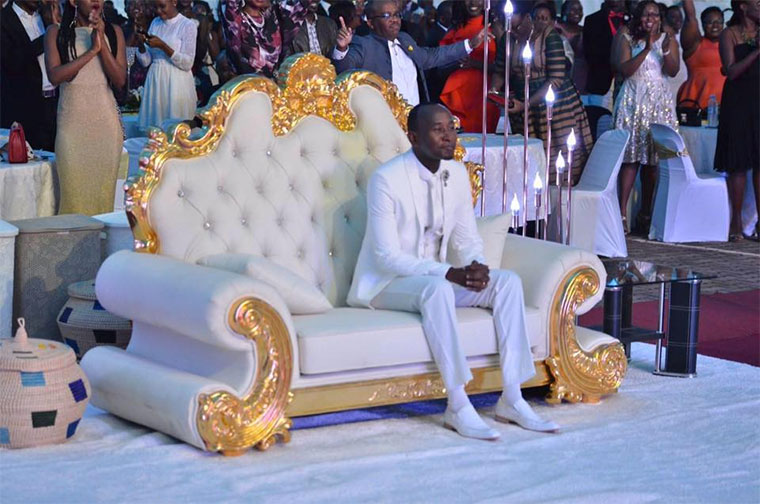 February 7, 2021 was a very dark day for India, more specifically, for the inhabitants of the Rishiganga valley. A Himalayan glacier broke off and crashed into a dam on the Alaknanda river in Uttarakhand state, causing an avalanche of water, mud, rock and ice that wiped out two hydropower dams, houses, bridges and roads in resultant flash floods.

To date, 37 hydroelectric dam workers are still reported trapped, 135 people are missing, and the death toll is at 70. The search for missing persons goes on. Many experts have blamed the incident on climate change.

High profile officials in India have blamed the incident on the construction of the dams in a very sensitive area - next to the Nanda Devi glaciers. It is important to note that this same area experienced flash floods in 2013 which left thousands dead and more than 3,000 injured. It is within the bounds of reason to conclude that given the magnitude of the February 7 incident, the deaths and disappearances could have been worse.

Two weeks prior to the Himalayan glacier incident, Prophet Elvis Mbonye Mbonye had a vision of the incident during his weekly Tuesday fellowship on January 26, 2021, that was broadcast on his Facebook page live.

In the vision, he saw a dark cloud over the nation of India. “And in a day there would be masses of deaths, but the Spirit of God said, ‘I shall be exalted, that the world will look to me and see life,” he said.

Soon after this, he instructed those in attendance to pray for the nation of India, for God’s preserving grace to prevail and that life would triumph over death. Anyone would have thought that in a time such as this, mass deaths would probably only be as a result of a spike in the Covid-19 pandemic. For a man who has been accused by skeptics of saying the obvious, it was very unexpected that what he saw would come to pass two weeks later as a natural disaster – something that does not have the hand of man in it.

In all this, two things stand out – it is not the first time Mbonye has delivered nerve-wracking prophecies in his weekly fellowship, and asked the congregants to stand in prayer. This demonstrates the role and relevance of the church today; it is the salt of the world, God’s restraining power standing in the way to ensure that the lives of many people are preserved.

During that specific online fellowship, Mbonye highlighted that Christians should be passed the level of seeing ominous things happening in visions, and later jubilate when they have come to pass.

“You ought to instead pray against such disasters so that lives may be preserved,” he directed.

Secondly, and most importantly, what will the nations do with a man such as this? In 2010, he prophesied the July 2010 Fifa World Cup bombings that claimed 79 lives in Kampala, and in August, 2012, he foresaw the impending UPDF chopper crashes.

He, however, not only delivered the prophecies but went an extra mile and tried to reach out to the authorities to request them to call off the flight to Somalia. His warnings were dismissed on grounds that a clandestine operation could not be called off merely on the grounds of a prophecy. The result of this ignorance and utter disdain for the prophetic ministry was the death of seven UPDF officials.

In his fellowship of January 26, Mbonye stated that when the nations harden to what the Lord has shown, then whatever has been seen happens. Will the nations begin to heed to the words of this prophet?

0 #1 Akao 2021-03-06 03:23
What does he propheses about the many people unecessairly being killed directly or indirectly by the vovert.

What kind of nonsense is this worshipping a manbwho has nothing to conteibute to any development.

Thisbis the reason why Africa countries will forever be developing. Every where else, people spwnd most of their times learning new things that can move/shape changw the world, whereas lots of Africans are wasting their time worshiping con men ! pathetic!
Report to administrator
0 #2 MRA 2021-03-06 16:51
Dear Anne, Whatever happened in India was expected. Nothing new was added by the prophecy.

We have the Bible today and it gives us all the information we need from the Lord. Prophets are useless in this era. The word of God written in the inspired book, the Bible is enough. Follow the so called prophets at your peril.
Report to administrator
-1 #3 Tim 2021-03-07 12:44
#MRA and AKAO clearly you are blinded by the religious spirit in that you would even argue to facts that are recorded weeks back then happen later in the future.

No being of your father the devil is not an insult but a fact too. You cant claim you love God yet you hate Prophet Elvis Mbonye.
Report to administrator
+1 #4 Akao 2021-03-07 21:26
Quoting Tim:

#MRA and AKAO clearly you are blinded by the religious spirit in that you would even argue to facts that are recorded weeks back then happen later in the future.

There is nothing like prophets, appostles, blah blah blah. Those are just con men, preying on people who lacks ability to think!

They live large sitting on millon dollar chairs while the guillables like you who toil hard for their good lives. Only in Africa! That is where you see the power of education. UPEs can not produce a population that can think for themselves unfortunately!
Report to administrator
+1 #5 Dany 2021-03-09 12:54
Quoting Tim:

#,,,,, you are blinded by the religious spirit in that you would even argue to facts that are recorded weeks back then happen later in the future.

No being of your father the devil is not an insult but a fact too. You cant claim you love God yet you hate Prophet Elvis Mbonye.

How should we treat the fact that the last time he predicted the oscars, he got them wrong? Is he therefore a liar and a son of the devil?
Report to administrator
+1 #6 PeterOkelo 2021-03-09 14:58
For me when I read my bible I see prophets, calling back God's people to God., and being known for that, not predictions.

Even future predictions of famine, locusts, exile, devastation would be linked to the main theme of calling back people to God.

If you do not return, these things will come to you, or because of your disobedience at this point, this kind of judgement is coming towards you. Anything contrary is rather strange, to me at least.
Report to administrator