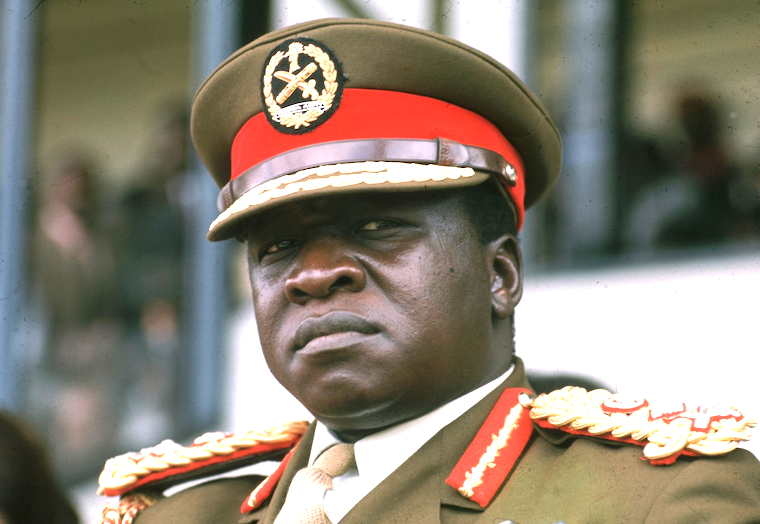 The late Lutalo Bbosa tells a story about how Museveni wanted to burn – yes, incinerate – evidence of compensation to expelled Indians sometime in the early 1990s.

For those who may not know, before he became famous as Uganda Peoples’ Congress (UPC) ideologue, Bbosa had a successful career at Bank of Uganda, where he rose to the level of director of Legal Affairs.

It must have been in 1992 when Museveni went begging to the British. He wanted £200m, and the British agreed. Still colonially inclined, the British wanted to squeeze more from this naïve and poor former rebel leader. He had already agreed to surrender properties that their colonial partners, the Indians, had lost during the 1972 economic independence war.

But there was one problem: Amin had compensated all Indians for all their properties, and there were receipts of payment. So, the British asked Museveni to make the evidence disappear. They wanted it incinerated. Desperate Museveni agreed. He entreated Bank of Uganda where he was met with resistance from especially the legal team.

Yes, there was a time when institutions had men of valour and substance. In a meeting with Museveni, the legal team educated the former rebel leader that politics and political moments tend to be fluid and unpredictable.

“If you burn these documents, you will be burning your fingers too. You might still be president when they become needed again,” they reasoned.

Museveni had to be taught that the British were not his first or second cousins and might turn around making the same documents they persuaded him to burn, necessary. They advised him to simply move them to another location. They were moved to Jinja, and we hope they are still surviving.

But that chilling story notwithstanding, Museveni simply spearheaded the re-colonisation of the country. If independence meant economic liberation, and getting all stolen labour back to natives, Museveni simply gave back all Ugandan sweat and labour to the agents/partners of former colonisers, the Indians – despite being fully and duly compensated.

In our uneducated arrogance, many talking heads in Kampala – including the so-called scholars at my research department – do not understand the obvious fact that Indians in East Africa were partners to colonialists.

In truth, Indians served a sub-imperial role and demanded privileges similar to white colonialists. Like the British colonialists, they stole land, labour, produce, resources, and built empires. Mehta or Madhvani came to Uganda as teens with little capital. Neither did they come with PhDs in business.

They not only came via leaky boats, which nearly drowned them, but it was just their closeness to the British colonialists, serving as mercenary forces in Sudan, the Middle East and in Europe during the first World War that endeared them to the British.

In fact, Sir Harry Johnston suggested to the British Foreign Office, and actually worked towards the ambition of giving East Africa to the Indians as reward for fighting alongside them. In truth, at the conclusion of colonialism, these colonial deputies would be expected to leave.

Since they were “neither native nor settler colonialists,” [but sub-imperialists, a difficult category] and with humongous privileges in the economy, the British were happy to leave them behind as their agents. [Interestingly, many Indians didn’t want to stay in Uganda.

By 1972, over 3,000 applications for Indians to immigrate to the UK had been rejected. These Indians thanked Amin, profusely]. Indeed, with monopolies, enforced by selfish ordinances, in coffee and cotton, Indians had made a fortune that they banked in British banks, and also imported exclusively British merchandise on the local market.

Huge sums of money left East Africa: in a paper delivered in 2019, Prof. Lunyiigo noted that “by 1972 one of the British banks had £240 million belonging to East African Asians and yet there was an acute shortage of development funds in East Africa.”

The British didn’t want to lose all these monies even after granting the region independence. Through a series of legislations, Kenya actually expelled many persons of Asian descent – without compensation. You cannot imagine the pain of Ugandans watching Museveni giving back the economy to sub-imperialists: Mohammed Alibhai is in possession of 700 land titles of prime property in Kampala.

How did he get to have these many titles and on whose behalf? [But also these properties had been paid for, how then are they returned?] An Indian researcher-friend told me that new Indian/Pakistani returnees and arrivals looking for prime spots in Kampala are referred to either Alibhai or Rajni Tailor.

They own entire streets across the city. After collapsing native coffee cooperatives and growers unions – as Indians and British fiercely did throughout colonial period – Museveni is fighting to return coffee trade into the hands of Indian agents. Oh boy, they are legislating coffee hard with the sole intention of creating monopolies.

The fight to take the last surviving cooperative Bugisu Cooperative Union (BCU) away from natives is telling. Anyways, the story I am labouring here is that the true anti-colonial hero, the founding father of modern Uganda is the “uneducated” soldier, Idi Amin Dada.

This man simply loved his country too much, had the courage to implement a policy that had been debated since independence without end. As Ugandan-Indian academic Mahmood Mamdani noted in 1995, in strong Marxist fervour, only Indians had received independence in 1962: “One can state without exaggeration that to the extent any group in Uganda society become independent in 1962, it was the Asian (Indian) bourgeoisie.”

They were now in charge of the Ugandan economy, and were determined to keep natives as serfs. Starting with Obote, they were negotiating ways of keeping Uganda’s very small elite under comprador control. President Amin declared himself life-president, for which he is constantly derided.

But his braggadocios life-presidency declaration was committed to changing the fortunes of this country. Like all successful anti-colonial heroes, there are no Nobel Prizes for him. Jinxed by the unexpected 1972 economic revolution, Great Britain crafted a narrative for the world, which, sadly, even nationals have imbibed and so gullibly reproduce.

My plea is this: dear fellow natives, stop comparing Museveni’s empty autocracy to the revolutionary years of Idi Amin. They do not compare even in their excesses.

What is more terrifying is Ugandans acting as M7 is eternal & they won't ever have to look at one another in the face, render account to themselves as to why they kept M7 in power through the divisive tribalistic system & terrorise one another to ensure the demon's rule!

Not even tribal leaders believe M7 is human & will die 1 day!

No normal opposition leader & people in today world would go for fake elections in a country owned by a demon ruler, especially not a migrant conqueror!

Well, tribally divided & ruled Ugandans are at peace waiting for 2026 fake election, while Kyagulanyi is busy telling the shithole is a democracy & he will get M7 out through court!

Kyagulanyi isn't aware his own tribal leader, like the others, are with M7 & subjects/Ugandans are going along in peace!
Report to administrator
1234