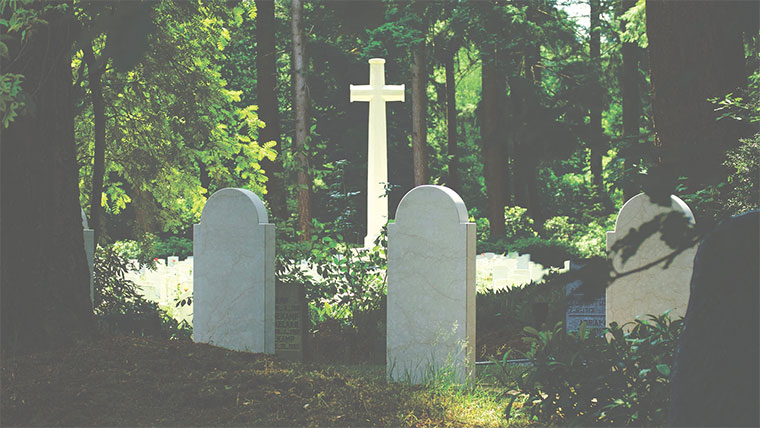 When we fall asleep, we partially go into another world. The mind wonders on its own while the body rests.

It sometimes creates its own temporal world which it fills as it pleases with fantasies, nightmares, projections, recollections, and so forth. We may see our dead parents speaking to us as though they are here. We hug them. At times they come back in anger, summoning us for what displeased them of our actions.

The question still lingers in Psychology, Philosophy and Theology: what should we make of dreams? Are they just the mind’s way of bringing to theatre what preoccupies us while we are awake? Are they disturbances born of our guilt?

If I do something that I know for sure my parents did not like, isn’t my guilt likely to call back the spirit of my parents while I sleep? If an idea bothers me so much while I am awake, isn’t that an invitation to the mind to continue musing about it when I fall asleep? Should we take dreams seriously?

The mind is a very stubborn thing, often not permitting to be limited by our desires and fears. When you subdue it in your conscious moments, it reclaims its freedom in sleep. It is in this sense that the renowned scholar of dreams, Sigmund Freud, views them as “the liberation of the spirit from the pressure of external nature, a detachment of the soul from the fetters of matter”.

A very tidy friend of mine told me of an embarrassing experience on a visit to his in-laws. He dreamt he was laying golden eggs. When he woke up, he had soiled the bed. In other cases, dreams are magnanimous. They take us to where we desire to be. In Freud’s interpretation, dreams satisfy wishes excited during the day which remain unrealised.

Of these possible explanations, I am not sure where to place my dreams of dead Ugandans. The previous one was about four years ago, quite vivid and dramatic. Then comes the one of last night which seemed to be a continuation.

It could have been triggered by an interview of the late Kasirye Gwanga that I had watched on YouTube the previous day. In the earlier dream, I had met Andrew Kayiira at the main gate of the other world. He was in the company of Noble Mayombo and a couple of others waiting for the arrival of whoever had ended their life on earth.

In last night’s dream, the group was bigger. It had been joined by Kirumira, Felix Kaweesi, Ibrahim Abiriga, Yasin Kawuma, and Justice Kagezi. They called on Aronda Nyakairima to join them, but he refused. He had not yet believed that he actually died.

The arrival of Kasirye had caused excitement at the gate. Kayiira stood up in rage to grab him, but Kasirye quickly held his hand saying: ‘Cut the crap Dr, it is more complex than you think’. He had arrived with a cigarette, which he lit as he took Kayiira to the side to talk. About an hour later, Kayiira came back to join the rest at the gate but without saying a thing.

About ten meters away under a muvule tree, Idi Amin was picking updates from Nasser Sebaggala and other new arrivals. “Nasser, tell me about elections in Uganda today. You must have been enjoying the democracy I hear about. People called me a dictator because I never pretended and did not allow such wasteful circus”. Amin quipped as he giggled.

Sebaggala was still wearing a red T-shirt with a People Power symbol. Amin pointed at it, laughing even harder. “I hear clothes like these are now illegal in democratic Uganda where Amin is not president. He tapped Isaac Maliyamungu who was seated behind him, “go and call Milton Obote and Tito Okello.

When Obote came in, he was still singing: ‘everybody, UPChi’. He put his bottle down as he whispered in the ear of one of the new arrivals: “how many candidates has my mighty party fielded this time?” The young man asked him: “do you mean NRM or UPC? Well, what I recall, around the time I died of malaria in a health centre without drugs, I saw pictures of your grave on social media. It was in a bush”.

Obote was not amused by the unsolicited information. He was turning to leave when Amin held his hand: “First hear this, now red garments are illegal. I wanted to hear what the swine thinks about that”. In his unfaultable eloquence, Obote opened his lengthy response saying:

“None of what I was accused of won’t be done by them, and to worse extremes. They took arms on the primary grounds that I had rigged the 1980 elections. Now ask Besigye; is rigging history? Who is the champion now? Did anyone ever cook up prohibitive charges against candidate Paul Ssemogerere and Yoweri Museveni in 1980?

Did anyone ever put them under preventive arrest, even when some threatened war? Of Besigye, Kyagulanyi, and the Museveni of the 1980 elections, who has had the worst time staging a political rally? Did we ever raid their headquarters? Did we criminalise their party colours and symbols? If we did, show me what hasn’t been done by them? Do you still want an example of a bogus presidential election dressed up in a façade of democratic competition?”

There was some silence. Paulo Muwanga had quietly joined the group that had now grown to about 100 people. He was nodding. By the time Obote finished his long speech, Paulo Kafeero and Herman Basudde had emptied the bottle he had left on the ground.

Already high on the whisky, Basudde turned the gathering into a concert. Playing the guitar he was buried with, he was singing his ‘Baasi Dunia’, where he laments about riding on a rotten bus - a metaphor for what life had become.

A very interesting reading. I salute you Spire. If you are an intelligent politician you would think twice of your actions.

It is creative writing at its best.

With help of Dr Jimmy Spire Ssentongo, Ugandans will have no problem in restarting, after their UNITY ends Museveni's evil rule!

The most important thing to be remembered & taken into account is that;

*Edward Muteesa & Milton Obote knew & did what it took to ensure UNITY to obtain independence from UK for ALL!

This means they were leaders who cared about Ugandans' freedom to live on their land, right?

What if today, tribal leaders Museveni put in posts to ensure his old on Uganda, stand down & give chance to UNITE to end his diabolical rule?

Why is Museveni prefered to UNITY & the freedom will give Ugandans to form the kind of governance they want?

What will Ugandans do when Museveni dies, leaving them in the tribalistic system & will go along with the member of his family who will take his place?
Report to administrator
0 #13 Akot 2020-10-22 14:29
ZZunguluzzugulu, agreed, but,

Only Ugandans have the power, in UNITY, to ensure change, then accountability for whatever wrong, deaths caused to them!

By maintaining the tribalistic system Museveni put in place, Ugandans are supporting & maintaining him & when he dies, his family member will take his place!

But Uganda is formed by tribal lands that belong to Ugandans, right?

So, why can't Ugandans say NO to the tribalistic system & UNITE to end Museveni & family business, then form the kind of governance they want?

What will Ugandans lose by bringing down the tribalistic system & UNITING to end Museveni's rule other than being FREE to form the kind of governance they want?
Report to administrator
0 #14 Akot 2020-10-22 14:38
Lakwena, thanks.

I don't understand why the tribalistic system is still standing & tribal leaders so so quiet as if they are outsiders, unconcerned about Uganda & its people & what Museveni does is non of their business!

Not even Acholi tribal leader cares about his people, yet calls himself 'leader'!

1979 terror and murder of prominent medical doctors and consultants from Mulago Hospital was the terrorism and handiwork of Mr. M7 to make Paul Mwanga and president Binaisa look like idiots.

violence and the Luweero debacle were all Mr. M7's mischief, terrorism and sabotage to paint Obote...

35 years of Mr. M7's hypnosis (deception and manipulation) and our moral bankruptcy many Ugandans see nothing wrong with what is happening to Hon Kyagulanyi and NUP and what happened to Dr. Besigye and FDC.

M7 shamelessly tell the press that it was Kyagulanyi who connived with his (M7) SFC to kill Yasin Kawuma (RIP) in Arua.

Why are Ugandans letting Museveni destroy them for good?
Report to administrator
+4 #16 Jwariakoli 2020-10-26 13:35
Doc.it seems the Ugandans on the other side are more united and having a much better time than those still down here.
Report to administrator
0 #17 Remase 2020-10-30 14:43
Doc, you and I seem to read from the same page, however you have paid particular interest and attention to my attack on Mengo.

Yes, feel free to disassociate with me on that. It won't, and never will, obscure the fact that it's Mengo which has stood in the way for a call for fundamental change.

Therefore Nabagereka, CBS and BBS can hide all they want under the theme of peacefulbuilding, the bottom line is, they prefer to maintain the status quo. Period. To that, I am in total agreement that I hate it with a passion.
Report to administrator
12