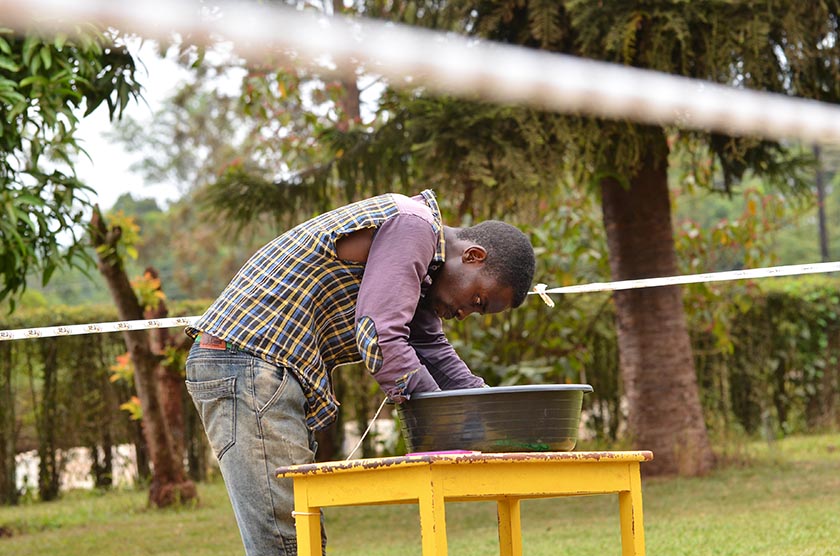 A youth casting his ballot in 2016 general elections

A very ugly portrait of chaos, violence and deaths in some places was painted across the country. Snapping up the party flag in places like Sembabule was a do-or-die thing. Unfortunately, the NRM electoral commission has not helped police to ensure that the perpetrators of violence and other electoral offences such as bribery are brought to book.

Any party participating in elections should ensure that the use of violence and intimidation has no place in any election. Primarily, some candidates claimed that chaos and violence was caused by the absence or lack of the party voters’ registers.

The absence of orderly registers compelled the chairman of the party to decree that everyone in the village should vote provided that person could be verified by local council chairpersons. Ultimately, the party elections turned into village elections.

This in a way was not fair and legal because not everyone in the village belongs to the ruling NRM. It also meant that some voters were hired guns who participated simply to rob certain candidates of their victory. Enough already!!

Uganda has had a troubled electoral history. But the political violence, manipulation of voters, bribery and crime are taking centre stage in every electoral process. Armed violence, theft of votes, bribery of voters and electoral officials has become the devious sin that is not going away soon from our political and social fabric! This is the time to say NO to election violence.

People participate in elections to sieve gem from chaff. It is an opportunity to select a candidate who best represents their preferences, and not a platform to shed blood for political offices.

At the same time, voters are allowed to punish those who do not represent their perspective by denying them votes. Therefore, it is not a crime to vote for or deny any candidate votes. An organized electoral commission can stymie all these.

EC needs to learn some hard lessons from the hard past. They need to ensure that there is a level playing field. And having a level playing field goes beyond the EC chairman making tough statements against certain parties to ensuring that he is in charge, and not under anybody’s control as required by the law.

For instance, a few days ago, Uganda Police Force officers invaded the offices of National Unity Party (NUP). They collected the party paraphernalia and, records of signatures of supporters of Robert Kyagulanyi Ssentamu’s candidature.

Two, while nominating candidates especially in Kampala, where the opposition is apparently strong, police used tear gas and rubber bullets to brutally disperse or obstruct the opposition members’ procession. This was not the case in NRM-dominated areas. The EC was quiet about these incidents.

The EC with the assistance of other state organs and agencies is enjoined under the Constitution to ensure that citizens exercise their right to vote peacefully and properly. The Observer hopes the Independent Electoral Commission is picking up some lessons from this chaos. We pray that by the time the entire country goes to the polls, all the registers and other infrastructure will be in place.