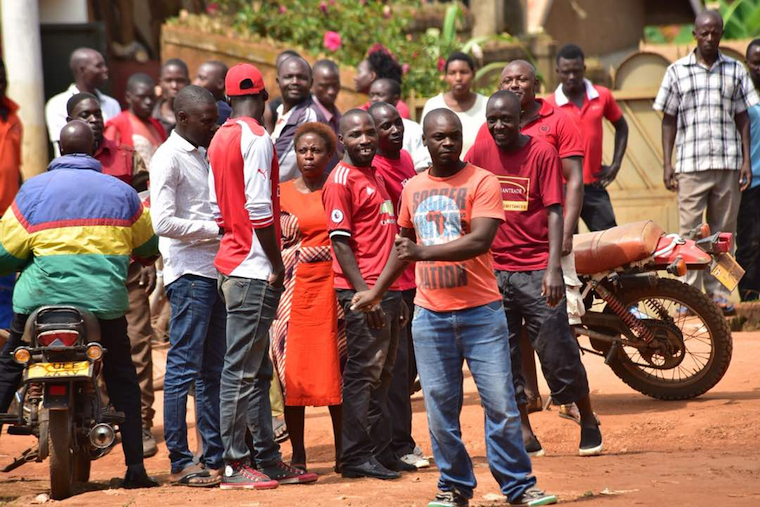 Yes, these are correct statements; but how do we take advantage of these statistics as youths?

Almost 20 years into the 21st century, many Ugandan youths find themselves trapped in a generation where everyone wants to take advantage of their numbers and naivety for personal benefit. Politicians thrive on our naivety to rally us against their opponents.

Businesspeople such as betting companies target us with enticing adverts and milk us dry of the little money we have. Religious ministers too have mastered the art of playing on the psyche of desperate youths to make a fortune.

Civil society organizations do the same to collect huge payments from unsuspicious funders. This grim picture is thriving because young people have tuned their minds to being recipients rather than taking charge of their own destiny.

In the wake of the coronavirus pandemic, what if we used our big numbers to champion our cause? In a country where all leaders are resigned to entrenching their positions, the only available capital among the youths are their numbers.

Since his coronation in 1993, Kabaka Ronald Muwenda Mutebi II has tailored his development agenda towards youth empowerment. This is not by accident, but by design. The Kabaka knows very well that youths have the numbers to provide the necessary labour, entrepreneurship and market for any business venture.

The pool of youths in Uganda includes the uneducated, the partially educated and the professionals. These categories can complement each other if we came up with a systematic development agenda.

For instance, despite all the existent climatic, funding and land ownership challenges, agriculture remains a viable industry in Uganda. Covid-19 has taught us that there is a lot of arable land across the country but young people have either abandoned it or sold it to run to urban centres looking for quick fixes to their life challenges.

This is partly because of the risks involved in subsistence agriculture. But this can change if we looked at agriculture with bigger lenses.

Unlike the ambiguous government initiatives such as Operation Wealth Creation, youths can start and manage cooperative unions based on their respective regions’ comparative advantage.

Those in central Uganda could, for instance, start a union that specializes in promoting poultry, maize, beans, coffee and matoke production; the West could specialize in animal husbandry and Irish potatoes; the East on sugarcane growing, rice and sweet potato, etc.

This would mean that every region is known for a specific crop/product that is directly managed by known young people. It is at this stage that government could come in to fund these projects for value addition.

With the youths directly in charge of their projects, they would be motivated to look at these ventures as their own and be inspired to reinvest with a target for value addition. At the same time, the young people with technical skills such as engineers, marketers, project managers, lawyers, etc can be employed within the value chain to sustain these ventures.

At the end of the day, both the educated and uneducated will be employed and feel involved and they will be kept busy trying to uplift their own lives and economies of their respective areas. With everyone financially empowered, the market for produce from other places will be readily available since every region would be producing something that another does not produce.

The same can be said of other sectors such as information and communication technology, industry, education, real estate, etc. A pool of enterprising young minds can bring about wonders.

We cannot get anywhere near the illusional middle-income economy if young Ugandans don’t come out of their dependence syndrome and take charge of their lives by using their numbers and intellect as a weapon against oppressors; but also as a factor of production.

The land is available; youths hold the remaining factors of production.

The author is the general secretary of Buganda Youth Council.

Many of these youngsters have become complacent with the corrupt status quo.

There is a lack of moral leaderships in the country to set good examples for these youngsters to follow They think money or material is everything, so they can easily be bribed and abused by the politicians.

That is why many have no ambition for change and even afraid of it all together They are not taking the advantage of their numbers to bring about change or to determine their own future. Many are lazy and have turned to begging to earn a living instead of the hard work.

History will write them off as the lost confused, manipulated and coward generations which failed the country.

On another note why does Uganda has the youngest population in the world?

Don't make a fool of yourself, because of your disdain of me. Why not post your comment on this topic for us to judge?
It's your problem if you don't understand the sophisticated and subliminal and vague ways I write my comments here.
Report to administrator