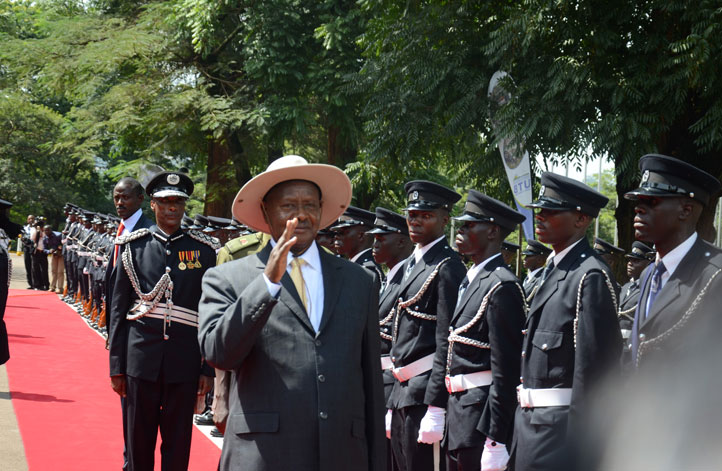 The debate on tribalism in Uganda has headlined recent national conversations.

Police summons and arrests of creative artistes critiquing the reality of tribalism, have rather popularised the issue.

In a more proactive intervention, Jinja Municipality East legislator, Paul Mwiru has tabled before parliament a constitution amendment bill seeking to address the regional imbalances in public office recruitments – from appointments to promotions.

Mwiru’s anti-sectarianism amendment bill calls for affirmative action, insisting on equitable distribution of employment opportunities in public offices amongst the regions of Uganda. The proposal has received mass support, and many legislators cannot wait to pass the bill.

However, despite the bill’s goodwill, its supporters’ understanding of the issue is limited and unquestioning of a particular colonial history. The national conversation and the proposed constitutional amendment tell us something, but not everything about tribalism.

When the anti-sectarianism act critiques regionalism, for example, it translates region to imply tribe. When popular activism against tribalism speaks against favouring “westerners”, it translates “westerners” to infer “Banyankore.”

How does the popular discourse identify westerners? First, through their names! Names are tied to an ethnicity, and then to a territory. The polarizing implication of such profiling is not lost on a political scientist or a scholar of the nation-state.

To fight tribalism through regionalising the spellings and pronunciations of names, and subjecting them to affirmative action feeds the vice, and risks institutionalizing it to graver effect.

Already, there is a vulgar reduction of the discourse on tribalism to suppose a conflict between the Baganda and Banyankore. Yet, in the fight against tribalism, all weapons should be directed against the re-creation and upholding of political minorities and majorities within a society.

Tribe-based affirmative action serves the logic of colonial rule, which paddocked people in tribal homelands, and to date informs the often-witnessed political violence. To even take it for granted, who should count as a westerner, northerner, or easterner? Shouldn’t it be the resident of such a territory, regardless of their name or ethnicity?

To capture the paradox of affirmative action is to also reflect on whether if the appointing authority selects a fourth-generation Muganda or Mugisu resident of Mbarara, for any of the highest public offices, we shall have fought sectarianism in its present conception. In such a case, while we might have fought tribalism, we might not have fought regionalism.

In the fight against regionalism, let us resist the temptation to tie identity to individuals’ particular names and territories. Names transcend tribal boundaries, just as ethnicities transcend territorial markings.

Let us desist paying tribute to the colonial state through reaffirming the political identities it fashioned. Let us resist framing our fight as a scramble for privileges. Let us stop inviting and allowing the state to see us as political minorities and majorities.

Our parliament continues to grow in size at the cost of taxpayers. The most disheartening thing is that there has not been evidence of the correlation between the number of MPs and the service delivery and satisfactoriness in legislation, appropriation and representation.

The parliament has become a job opportunity for many and has attracted all sorts of characters. During the last year of each tenure, there has been a tendency of creating new constituencies in a bid to create vacancies for some individuals.

In 2015, 12 municipalities were passed by the House to create vacancies for some individuals. I am not sure how many citizens demanded it?

We now have 15 new cities and municipalities and cabinet has recently approved 31 new constituencies all in the name of public demand, for which the evidence is scanty.

We currently have 435 MPs and 17 ex-officios in the House and this number will continuously increase with the new districts and constituencies. We are overly represented in Uganda, right from LC to the national level but the results are not in consonance.

The amount of money spent on parliament is humongous. There is need to save taxpayers from this burden. We need to repeal special interest group representation which has proved ineffective.

What is necessary is for every policymaker to ensure they mainstream women, youth PWDs and workers’ issues in their laws, plans, policies and budgeting. Why do we still have the army in parliament (which is purely partisan) yet it is supposed to be non-partisan?

The army sits on the government side, votes in favour of government motions; how independent can they be? How come prisons, police are not represented in parliament? What makes the army a special interest group?

We need to re-size parliament to two MPs per district, male and female. This will sort the gender question but also reduce the number of MPs.

Govt ought to save the environment

Over time, we have seen persistent issues arising from continued degradation of natural resources like open water bodies (lakes and rivers), wetlands and forests, among others.

All these arise from continued greed of man who never gets satisfied with what nature provides but, rather, heads for the total destruction of nature itself, hindering the abundant direct and indirect benefits communities benefit.

A case in site is the recent give-away of Bugoma Central forest reserve by court to Hoima Sugar Limited for sugarcane growing. Whatever the case would have been, all involved stakeholders would have known that this forest has values that go beyond individuals or companies - values that define the climate of the area and greatly affect the water cycle in the region.

Considering that the oil sector in the Albertine graben will use huge amounts of water, protection of this forest from any authority that dreams about a Uganda with oil should have been a priority.

Several wetlands have been converted into commercial farms and industrial parks, directly affecting the water flow regimes in the country and partly contributing to the serious flooding we are experiencing lately.

This all goes back to government; it is high time it created permanent protection of all natural resources like forests, wetlands, rivers and lakes from all forms of degradation projects regardless of how low-risk the Environment Impact Assessment reports show.

As we head to the 2021 general elections, it has become a habit of some political actors to tread on extreme lines - from some people threatening violence to others toeing the sectarian line.

It should be noted that knowing the dynamics of Ugandan politics, the surprises in the results will be but a few.

Therefore, we have to stick together as Ugandans with the knowledge that the country is above petty politics.

Only this can keep sanity in a country where, for the most part, there has been relative acceptance of both the ruling class and their opponents.

0 #1 marvin ya kuku 2020-08-07 16:54
How could hiring capable officers from other tribes and regions into the high command of the UPDF, for example, perpetuate regionalism and tribalism?

Ugandans identify themselves by tribe and most tribes have their regions. That is a fact that has nothing to do with affirmative action.

The affirmative action being called for here is a solution to our inherent tribal identity / regionalism to empower all tribes and regions so we can all "eat government dimes".
Report to administrator