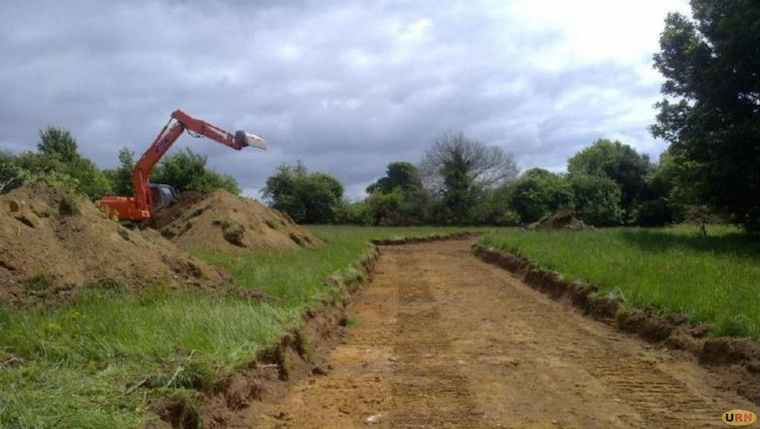 The global Covid-19 pandemic effects have not spared the oil and gas projects-affected communities.

Lwengo district is one of the areas that will host the pipeline project. Government has acquired land to pave way for the construction of the oil export pipeline to Tanzania, which will go through at least 11 districts.

However, since 2018, many of these persons to be displaced have never been compensated and a cut-off date was set for their land and property.

The East African Crude Oil Pipeline communities decry a big communication gap between oil and gas companies, their sub-contracts New Plan Limited and ICS and the affected communities on updates of compensation and handling of grievances. The phone numbers that were provided to the communities were switched off three months ago.

To date, the district structures and resettlement committees that were established now have ceremonial leaders on matters oil and gas as they are of no help to their communities.

The project-affected families are calling upon government through the line ministry, Petroleum Authority of Uganda and oil and gas companies to immediately compensate them and also provide them with food relief during the ongoing lockdown as they are a special group of venerable people.

It is a shame that we should be planning elections and electioneering amidst more demanding and challenging issues directly affecting the livelihood of many a Ugandan common citizen – unless, of course, the layman doesn’t matter!

This country has recently been hit by floating islands and rising water levels of lakes Victoria and Kyoga; floods in Bundibugyo and Kasese, locusts in the Karamoja region and the Covid-19 pandemic!

It is street knowledge that Covid-19 as well as these other natural disasters have devastated and shredded our economy. So, organizing and later on holding an election renders us mere rabble (the type that can be bought off with a penny) and busybodies that latch onto anything like a burning spear aimed at an enemy!

I propose that one of our honourable members of parliament should seek leave from the house and prepare a private member’s bill to amend the Presidential and Parliamentary Elections Acts to enable the current political office bearers continue with their current terms of office until the nation stabilizes to have the luxury of holding meaningful elections.

The precedence was set with the amendment of the presidential term and age limits. Another amendment, this time for the good of the common man and our economy, will not annihilate our nation.

It has been common among the Ugandan political elite to allude to the existence of the ‘mafia” in the country.

This innuendo always happens at a time when the one referring to the “mafia” is on the back-foot of their career, either after losing a lucrative position in a top parastatal or when they no longer boast of any capacity to influence things.

Can there be a thorough investigation on whether this allegation is an illusion, and if so, a law put in place to curtail the use of the word “mafia”?

On the other hand, if investigations reveal the existence of a criminal organization targeting the top politicians and businesses, then let them face the law. Otherwise, the public is fed up of failing politicians and frustrated elite crying “mafia” during their downward spiral out of the limelight.

The late President Pierre Nkurunzinza supported the integration of East African countries and he frequently attended all the summits.

I remember even the day they attempted to overthrow him, he had been in a meeting in Tanzania with other heads of state. It became possible to solve most of the political and security problems in Burundi because of his support for regional integration and good working relationships with other East African leaders.

Had it not been that, Burundi would be in chaos and several people would have lost their lives in his tenure of leadership.

Even when disagreements arose, they would quickly be solved. I have not read anywhere in the news where the security forces of Burundi arrested a citizen of another country and killed him before taking him to court.

Not because citizens of other East African countries wouldn’t cross to Burundi but because President Nkurunzinza imparted discipline in his security and respected human rights. His Christian values would not allow such a crime.

The Electoral Commission has decided to go for scientific elections that involve the use of digital campaigns. Here, aspirants will seek the mandate from the citizens of Uganda on radios, televisions and social media platforms.

This will happen where about 25 per cent of the population in Uganda has access to electricity. There are high chances that many people will be locked out of the electoral process. One study indicates that very few people own radios and most of the current radios use electricity.

Therefore, the energy accessibility in the country alone cannot favour this kind of scientific general election. Elections are a key benchmark in any nation-building project. Therefore, before any conclusions are made, there must be well-thought-out decisions from different stakeholders from all sectors of the state.

The response to the Covid-19 pandemic has taken on a general approach regardless of the various categories of our population.

The persons with disabilities (PWDs) make up 26.5 per cent of the general population (2014) and the blind 12.4 per cent of the PWDs who need specific interventions during this Covid-19 era. I have seen blind people suffering the wrath of the curfew enforcement with the enforcement agencies not considering their unique situations.

Further, the educational messages making rounds on the media do not take care of the deaf as they have no sign-language interpreter.
Again, those who need sign language interpretation benefit from lip reading. So, how will this be enabled with the general mask which covers the mouth?

Secondly, I have seen that masks are now being distributed and most of them are one-size-fits-all, with elastics which one will attach to their ears. How about those without ears, how will they use the general masks? A simple string mask will be befitting of this category, but has the ministry thought about this?

It is still possible to make masks that target a certain category of persons and this can be done in collaboration with the affected persons. A simple transparent sheet in a mask can solve this problem and I have seen someone in Kamuli district produce them.

Thirdly, how are the children with disability learning during Covid-19? The ministry recently produced educational materials. Did they take care of the blind children? The government is also planning to provide learning through radios and TVs.

Is it considering options for the blind and deaf? When everyone else is home-schooling, the blind are being left out yet we continue to sing the “leave no one behind” slogan.

It is important that even as we plan on the new normals of how to live with Covid-19, we need not to forget that PWDs are part of our population who have special needs and, therefore, specific interventions need to be designed for them.