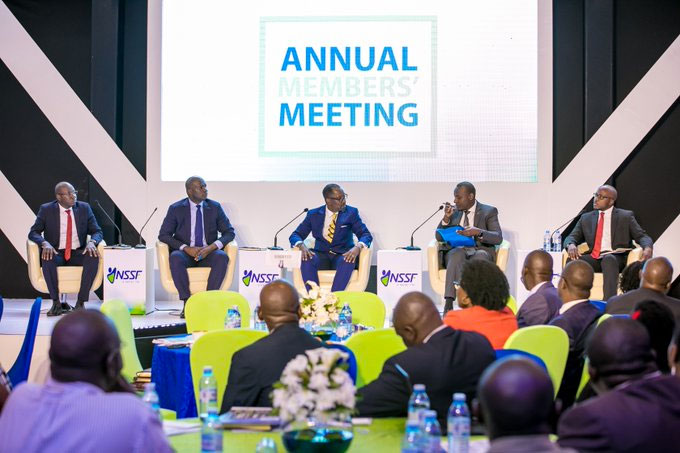 Reference is made to a letter published in the media and circulating on social media recently, regarding NSSF payment of Shs 138,000 in retirement benefits to an elderly former member.

We empathize with the former member’s relative Daniel Kimera Mawanda, the author of the letter, and wish his Jajja a quick recovery.

In addition, in 1987, the government undertook a currency reform that, just like every Ugandan citizen then, affected savings of contributors to the fund. The currency reforms not only reduced all monies held by the population by striking off two zeros, but also a devaluation of 30 per cent on the balance.

Unfortunately, such contributors were affected by the two factors, none of which we have control over. The fund can only pay what they are entitled to – only the amount of money they contributed and annual interest accrued.

The NSSF Act, Cap 222, enacted in 1985, addresses the limitations of the old law that fixed the amount of contributions. It provides that a standard contribution of 15 per cent, calculated on the total wages paid during that month to an employee, is remitted to the fund – five per cent as the employee’s contribution and 10 per cent contributed by the employer.

Because of this, payments to our members have progressively increased – we paid over Shs 450 billion to qualifying members last year.

Clarity is needed on masks

On Monday, May 18, 2020, the president made some further directives on COVID-19, saying everyone has to use facial masks. He continued to say that the masks are only for those provided by the government (even without showing a sample).

The time for distribution to every Ugandan is unknown just as the food has not reached all the intended 1.5 million Ugandans in two months.

What shall happen to the distribution of masks to the entire country? The statutory instrument made by the minister on May 8 makes it mandatory for everyone to wear a facial mask while in public but the same instrument does not define what a mask is or what categories of masks are acceptable!

This loophole is susceptible to abuse by the enforcement agencies. Unless the statutory instrument is amended to include what amounts to a mask, any piece of cloth around one’s mouth and nose may suffice.

Secondly, what sort of mask is government manufacturing? Are they medical or non-medical? According to WHO, medical masks are a preserve for only health workers who are high-risk persons. Will the masks pass quality assessment by the National Drug Authority and UNBS?

Will there be a second or third opinion on the quality of masks being manufactured for public consumption? If some are found defective but already distributed to the public, what shall be the remedy?

Lastly, the masks must be used if one is in public, according to the statutory instrument. Does one inside their private car amount to public to warrant a mask?

Will drivers of private cars be pulled off the road for not wearing a mask inside their cars? What are the healthy consequences of using masks for long hours to children, teenagers, middle age and the elderly? What are the exceptions we have especially for people with respiratory issues such as asthma?

On May 17, 2020, Reuters reported that the major oil and gas companies in Europe including BP, Shell and Total were increasingly focusing on investing in green renewable energy projects as opposed to oil.

The news site reported that faced with the realisation that European countries are likely to prioritise low-carbon green energy investments in their post-COVID economic stimulus programmes, the major oil companies had cut planned investments in oil and gas. However, they had not extended the same cuts to the green renewable energy projects.

For instance, Reuters reported that while Total still plans to spend $1.5 to $2 billion on its low-carbon business, the company cut its overall 2020 spending to $15 billion, from $18 billion. This cut of $3 billion did not affect the planned renewable energy investments.

In addition, BP “aims to keep its previously planned $500 million in spending on low-carbon initiatives this year, despite a company-wide spending cut of 20 per cent in the wake of the coronavirus,” Reuters reported.

More so, Shell’s planned budget cuts may not extend to its programme on renewables and low-carbon technologies. The chief and other senior executives from the above companies explained that as the European Union (EU) looked towards transitioning to green renewable energy as opposed to oil in the post-COVID era, the companies were also positioning themselves to invest more in the EU’s energy of choice, renewable energy.

While the oil majors are looking to ensure that they invest in clean renewable energy that promotes environmental conservation, addresses climate change concerns and reduces negative impacts on vulnerable communities in Europe, the same companies are planning on rolling out major oil and gas investments in Africa.

In Uganda for instance, Total signed a $575 million deal to acquire Tullow Oil’s stake in Uganda’s oil industry. Through the deal that was announced last month, the company reiterated its commitment to investing in Uganda’s oil sector. Shell and BP also continue to invest in oil and gas projects in Africa.

This begs the question: why are Total and other oil companies investing in an energy system in Africa that other countries are rejecting?

Don’t they think that Africa needs clean energy too and that the continent that is already suffering some of the worst impacts of climate change such as floods, landslides, destruction of multi-billion properties such as roads, deaths and others needs clean energy as well?

The oil majors need to do better for Africa. They should invest in clean renewable energy on the continent. Development partners, financiers and others should also support green energy as opposed to oil investments.