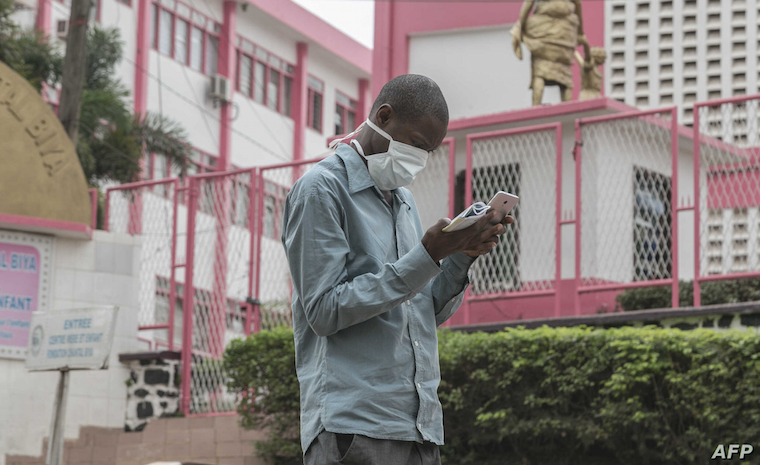 Let’s face it, fellow countrymen, in the event that Uganda’s Covid-19 crisis reached the levels we are seeing in Italy or the United States of America, there is no chance that bodies will not be littered on Kampala’s streets like trash.

If the world’s developed countries are limping, then surely, we will be eating from the trenches. If this possibility hit home, we should then sober up into concrete homegrown interventions:

The annoyingly sadder part was that even in border lockdown, we failed. (I am still struggling to understand the plaudits that the minister for health is getting). The government newspaper, the New Vision, in unusual patriotic fashion, was first to report about the 40 Chinese who had escaped from quarantine.

Then, quarantined Observer cartoonist and columnist, the eloquent Jimmy Spire Ssentongo, kept us informed with vivid accounts of the mess at the quarantine center in Entebbe. The shocker was learning that his co-quarantined travelers easily bribed their way out of quarantine at just at $50. Then came the blighted Ethiopian Airline. Then the cases became confirmed. Phew!

The picture that emerges is that our state is surely unable to offer foolproof protection (as expected?). What is also true is that they do not have the means to respond once the crisis explodes.

Let me demonstrate the crisis more vividly. At the peak of the pandemic, government will be forced to enforce closure of markets especially Nakasero, Owino, Kalerwe, Kawempe, Kasubi, Nateete and others in this category. These markets deal in mostly foodstuffs, including fruits and vegetables.

There will be no access to food, not only for the buyers, but also for the sellers. But the agricultural produce will go bad, and then the list of victims counting losses will only grow: from the farmers, wholesalers, transporters, touts, lifters, vendors to the buyers.

But as earlier noted, this government does not have the means nor sensibility to compensate disaster victims.  But the real crises will come when the people above – forced between death by hunger or virus – will choose virus, defying government directives in an unstoppable hunt for food.

To this end, exploiting the earliest opportunity, government response ought not to only be medical, but broader sensitivity to the material conditions in which people live.

Government ought to invest in buying foodstuffs from farmers for safe-cold storage, which then would compensate farmers but also ensure that there is food for those who can afford to buy it. Mobile markets ought to be prepared as vehicles are ready to hawk food items to persons who need them without them congregating in markets.

Of course, this government will come here lamenting the lack funds. Again, hold your horses, good Ugandans, we will look into corruption another day. But before applying for loans from WB and other banks, let’s look home: (a) pleading for local philanthropy; rich Ugandans (all of them), banks (ABSA, Centenary, DFCU, Stanbic), telecommunication companies with crazy profits (MTN, Airtel), petroleum companies (Total, Shell) should be encouraged to fund these interventions – as part of their social corporate responsibility, but also as humanitarian intervention.

The donations could also be in kind, taking the form of storage facilities, refrigerated vehicles, etcetera. (b) let’s go begging on a mass scale starting on the continent before venturing further: rich Africans including Dangote, Johann Rupert, Mo Ibrahim should be approached.

For accountability concerns – which is actually a big deal -- these funds could be channeled through select trustworthy Ugandans or institutions: the Catholic church – Archbishop Lwanga; Buganda kingdom (it is time for His Majesty Muwenda Mutebi, to come and fully engage in this campaign).

Select imams, such as Imam Kasozi of Mawanga mosque, and Imam Ssentongo of Makerere University mosque, Bishops such as Zac Niringiye, and a few others should be invited to inspire local philanthropy.

The lesson here is this – and I guess this regime can listen – running a country requires everybody including those you disagree with.

This brings me to my final point, which is twofold: (a) There has been no tangible effort to prepare Ugandans for the emotional-mental crises ahead. There is just no campaign. I have heard Ugandans contemplating shooting the first victim of the case that got confirmed. Mental-emotional preparedness will form an even scarier crisis.

(b) There has been little emphasis on nutritional-immunal strength. There should be a campaign. If strong immunity is a function of food, then this is a cheaper but more reliable line of defense to push: the right foods including mangoes, g-nuts, lemon, ginger, tangerine, pineapple, garlic, etcetera – for their nutritional benefit not as medication.

On the other hand, caution against foods that weaken the immune system should be everywhere, carbonated drinks, fast foods, sugar, etcetera. We need more homegrown context-specific interventions.

These demons are in control while poor unprotected Ugandans are at their mercy!

But, tribal leaders standing down NOW & UNITY will give Ugandans the power they need to organise themselves!

Ugandans have no right to let their children live in fear, terror while they remain powerless to do anything!

Why go along with Museveni, wait for him, then die stupidly on land that belongs to us, yet we are not in control of any thing, but slaves who won't be missed by rwandese!
Quote | Report to administrator
12
Refresh comments list
RSS feed for comments to this post
Add comment