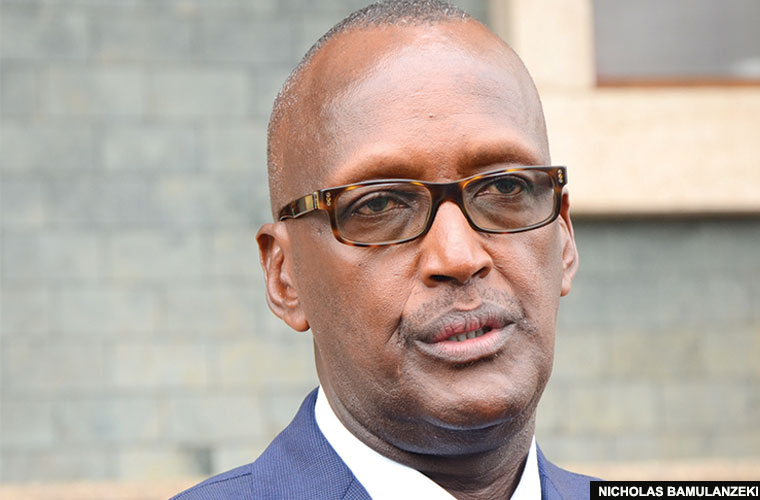 While all opposition to Museveni is pleased about another of his senior soldiers openly falling out with him, they are not particularly enthusiastic about his presidential bid.

There have been questions about the absurdity of Gen Henry Tumukunde’s timing – coming 34 years after – to the point of viewing him as a planted saboteur in the opposition.

Appearing on Capital Radio’s talk show, the Capital Gang, the retired soldier explained that his has been a painful long wait for retirement.

Of course, they can – and would be even more thorough than those on the outside. But the country ought to give Gen Tumukunde the benefit of the doubt. At present, however, he is like that witchdoctor in whose shrine a chronically ill patient dies having arrived the previous night.

It is difficult to explain your innocence in this death especially if there are other victims who, in the past, have died in your shrine quietly (even if this were a simple rumour).

After stealing with some people for 34 years, turning against them now, and appearing that you have actually turned against them might be only easy to scientifically describe, but difficult to believe. This is Tumukunde’s predicament. The facts count really little here.

In truth, it was a strategic mistake on the part of the former intelligence chief. If he had given thought to the challenge he would confront convincing Ugandans about his genuineness (maybe he never thought it mattered), his fight would have remained inside the NRM – especially after being retired.

If he were more theoretically conscious – as a political scientist – he would have been able to see the expansive space of struggle against Museveni from within the NRM or just within government.

See, it would be foolhardy for men such as Edward Ssekandi to come out now and announce their opposition to Museveni. Or Janet Museveni, Gen Salim Saleh, Afande Kale Kayihura, Ambassador Ruhakana Rugunda, or Gen Kahinda Otafiire. They could be scientifically convincing, but not believable.  But this does not mean, they can never end Museveni’s presidency.

Let me reiterate this old argument of mine here: it is painful for those genuinely in the opposition fighting against Museveni that they will never succeed Museveni.

But, rather, Museveni’s cronies will be the ones to rightly harvest their struggle. Theoretically, reading from the flow of events across the continent, neither Bobi Wine, Asuman Basalirwa nor Kizza Besigye will take over after President Museveni.

In this phase of this colonial imposition, this breed of technocratic autocrats – Robert Mugabe, Omar Al-Bashir, Hosni Mubaraka, Joseph Kabila -- are falling and being replaced by their close associates. In Egypt where a fellow right from the opposition took over, he never lasted long.

Close associates of falling autocrats are often agreeable to multiple vested interests that range from the merchants in town, to the international pirates often in the extractives industries.

Indeed, it is inside the NRM that Museveni finds a more complex challenge. They are not insulting him like the eloquent FDC spokesman Ssemujju Ibrahim Nganda or the Makerere University academic Stella Nyanzi.

They are actually stealing with him, and oftentimes telling lies on his behalf. They are on the campaign trail chanting his praise. But in doing all these, they are simply taking care of their interests.  These are more confusing than all the opposition combined.

Again, my intention is not to downplay or completely erase the work of honest opposition, especially the wananchi (for, again, this revolution, will be led by the everyday people, those ready to die on the streets of major cities, not “our dark-suited brothers with a public opinion protruding,” as Ngugi Wa Thiong’o described this lot).

This is the other painful fact: Bobi Wine, Asuman Basalirwa and Kizza Besigye have to heighten their activism so as to inspire Museveni’s senior but currently cowardly surrogates (such as Gen Salim Saleh, Ndugu Ruhakana Rugunda, or Gen David Muhoozi) into turning against their man.

They need to see him as a liability to their local interests.  To this end, Tumukunde, sadly, actually reduced his clearer chances of being there as one of the senior soldiers to take over after a running Museveni.  This presidential aspiration is simply a strategic failure.

Wainainchi, since you have established partnership with evil; go ahead and vomit out you stomach, intestine, liver, lung, heart, kidney, pancreas, balls, etc.

Wainainchi, since you have established partnership with evil; .....

Take it easy, you both. We risk missing the points here. Gen T did not decide HIMSELF to come out. He was forced to come out.

Summary: (a) He & Gen KK wanted the top job BUT nether of the two wanted to give up for the other - thus their animosity.

(b) M7 (probably) knew about the two rival plans but had to take them out one at a time, this being Gen T's turn.

(c) You heard directly from Gen T's mouth that M7 would be escorted to his farm & guarded securely there ( = Farm imprisonment).

Think Late Robert with his Sona Gens when they realized that the natural clock was running out of their sole president.

(d) My inferred opinion is that Gen T is (probably) not in agreement with or aligned to "M7 to Son" transfer of power, for that would again block his own ambition for the top job. [NO MORE SPACE HERE. The Observer also!!].
Report to administrator
0 #13 kirya 2020-03-25 03:41
Educated where m7n is a college drop out the wife purchased her degree from Makerere University.

The other say they are lawyers but they act like rapists.. We Should hang theses thugs
Report to administrator
12