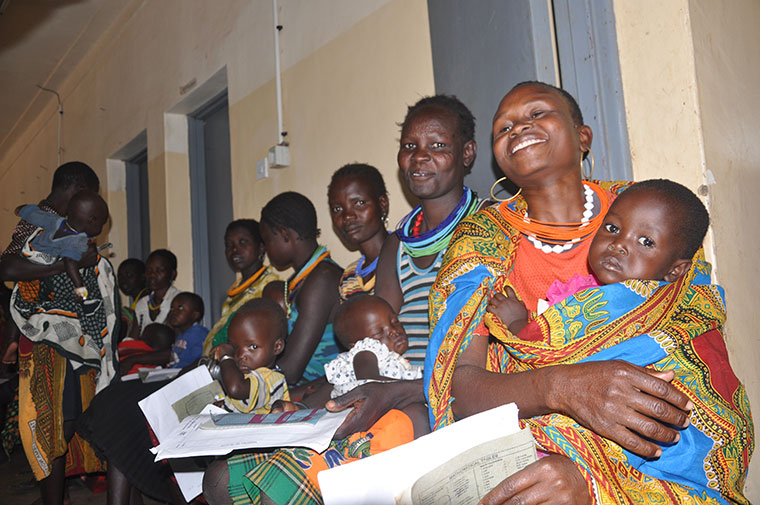 Dear beloved president, take special interest in the corruption issues in Moroto regional referral hospital, because it is one of the places in the country where both private and government individuals are jointly supporting corruption in the hospital.

The system is deeply entrenched that they are even still fighting so that the culprits of Moroto regional referral hospital are not brought to book under the guise of ongoing investigations that never seem to end.

Some of the investigations conducted so far have come up with suspects. But these suspects still occupy office. And yet the suspects must be arraigned in courts of law like any other Ugandan citizens.

Does it mean that the laws of Uganda only apply to some Ugandans?

Following the group of opposition raising a petition to the International Criminal Court against President Museveni, looking for two million signatures is simply political mischief basing on the human rights record of Uganda and the NRM leadership.

The bid is a time-wasting gimmick and laughable.  The NRM government under President Museveni is the greatest defender of human rights basing on its 10-point program. The petitioners are attempting to use ICC to advance their political interests on the account of failure to gain popularity from Ugandans.

ICC is a high-level body that should not be used in cheap politics. One of the primary roles of the ICC is to help put an end to impunity by perpetrators of the most serious crimes against humanity.

Uganda has been described as “an island of peace and stability” because of the responsive policies of President Museveni. That’s why Uganda hosts the largest population of refugees in Africa.

It is known that Dr Kizza Besigye, a key opposition figure, is the lord of defiance and he has been engaged in campaigns to subvert the will of Ugandans by confronting security forces. He has made it clear that his interest is to overthrow the NRM government.

Museveni is known as the leading champion of democracy and the rule of law with clear and authoritative policies.

Employment is not a favour conferred on an employee by an employer. An employment relationship is an engagement where an employee performs work under certain conditions in return for remuneration from their employer. Rights and obligations are established for both parties in this regard.

Ideally, a worker should be able to offer their labour and be paid a commensurate wage relative to the value they are adding to a company, among other things.

However, in a society with multiplicities of bias interwoven with a capitalist culture of profit over people, measuring value becomes quite subjective.

This means that if you have little social power - you are poor, disabled, uneducated - the value ascribed to the work you do may be eroded because of your position in society and, in turn, so are your wages.

These groups are at the mercy of their potential employers who dangle threadbare wages in front of them, comfortable in the knowledge that if they do not want the job, another desperate person definitely will.

Is it the responsibility of an employer to ensure that the amount paid to an employee is sufficient to afford adequate shelter, food, and other basic necessities? Would the employer still be in business without the input of their employees? Probably not.

Paying a fair wage is, therefore, not charity but the fulfillment of a contractual obligation, and a moral imperative under those terms.

So, how do we fix this? We can start with initiating pay transparency where employees’ wages can be visible to others internally or externally. This does two things; employers are held accountable, many times by being shamed into paying competitive rates, and workers are emboldened to ask for more, if they are all similarly disenfranchised.

The president who declined to sign into law the Minimum Wage Bill passed by parliament earlier should, therefore, rethink his decision. Workers’ welfare and dignity depends on it!

The Shs 3.8bn bus terminal in Moroto which was tendered to Rock Trust Ltd and handed over to Moroto Municipal Council authorities on April 24, 2019 and commissioned in June has developed cracks on the floors and walls, and is hardly being used for its initial purpose.

The coat of paint applied to it is peeling off, pointing to shoddy works, which are an underlying symptom of poor supervision.

Considering that it is not yet a year since this project was commissioned, it would be prudent to note that the contract had provisions to cover the defects liability period. How is it that the structure was handed over without this provision being invoked and how hard is it for the leadership of Moroto to compel the contractor to fix these anomalies?

The bus terminal is one of many such projects in Uganda funded by the World Bank’s International Development Agency.

The ministry of Lands, Housing and Urban Development implemented this project, named the Uganda Support to Municipal Infrastructure Development (USMID) Programme, through a $150 million loan for a period of five years (2013 – 2018).

The programme was designed to enhance institutional performance of 14 municipal councils so as to improve urban service delivery.

However, the project was rocked by challenges that included cost and time overruns, undocumented changes to project designs, collusion with suppliers, cost revisions and outright corruption.

A number of district and municipal officials in the 14 municipalities were put on notice, interdicted, forced to resign for corruption-related instances over the duration of this project.

In Jinja, the district and municipal leadership were locked in unending and often bitter public spectacles over the management of this project. They also often disagreed on the award of public land by the district for private developments.

In Mbale, as was with most of the other municipalities, roads were rendered unusable because of heaps of soil dumped by the contractor.

In Gulu, Arua and Mbarara districts, for instance, where the projects were effectively executed, it took keen interest from the district and municipal leadership to ensure that the projects were done as per the specifications.

The Moroto bus terminal has been shunned by the bus operators who are still taking passengers from the roadsides, especially in the Camp Swahili suburb of Moroto.

The ministry of Lands, Housing and Urban Development together with ministry of Local Government should ensure value for money by effectively monitoring, supervising and executing of these projects.

He compromised Andrew Mwenda who ststed the other day that m7 is very smart. Haa the man never graduated from College. he is smart at manipulating and looting the country. There many who are very smart and can do the job better than m7.
Report to administrator