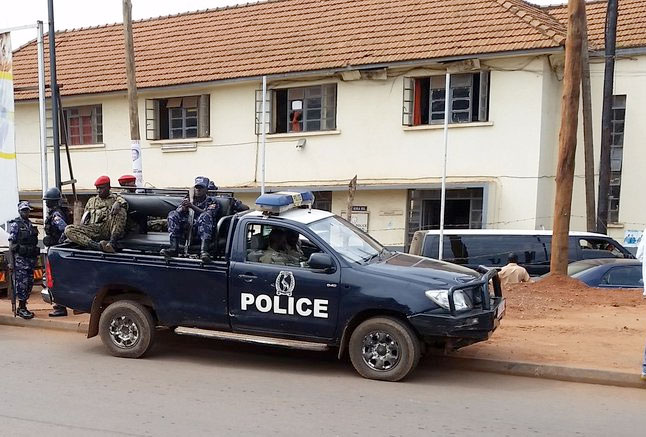 What is Uganda Electoral Commission’s role in election security going into the 2021 general elections?

There is a lot of work to do to secure the elections. Election security isn’t a problem that will be solved just with technology. Democracy depends on people – specifically, their trust that the system is valid and secure. If that trust continues to erode, fewer of them will participate in elections, and some may begin to reject officially reported results.

As part of the preparation process, police officers at all levels need to undergo specialised training. The contents of the training should primarily be based on identified threats and security requirements as well as: electoral principles; rules and processes relevant to the police; police roles, rules of engagement and code of conduct; electoral security threats, electoral legal framework and corresponding strategies; command and communication structures and mechanisms; and management of major types of incidents.

In my view, a proper understanding of the police’s role in electoral processes, as well as the principles of policing elections, is key to providing effective electoral security.

Police duties during elections include protecting electoral stakeholders such as candidates, voters and observers; safeguarding election materials and facilities such as polling stations and counting centres; ensuring the lawfulness and orderliness of electoral events such as debates, public appearances and polling; and investigating allegations of criminal wrongdoing by candidates, government officials and other electoral stakeholders.

The police should also promote transparency and accountability by enhancing consultation mechanisms with electoral stakeholders such as political groups, civil society and other organisations. The effective electoral security starts with a proper assessment and understanding of both the security risks and the corresponding security measures.

This assessment must clarify the forms, sources and locations of potential conflicts and violence at different phases of the electoral process; that is, problems associated with demarcation of electoral boundaries, voter registration, voter education, campaigning, ballot printing, storage and distribution, balloting, the count and announcement of the results, and the settlement of any dispute.

At the broadest level, the electoral security risk assessment should comprise contextual, historical and stakeholder analysis. Specifically, the assessment must consider the relationship between the contesting parties, key political figures representing the parties, and the people or groups they represent. The behaviour and implicit intentions of the leading political figures, as well as the contesting strategies of the parties and candidates, need to be scrutinised and interpreted.

How does Uganda assess the readiness of her police towards safeguarding polling on an election day?

The electoral security plan should specify police intervention strategies and standards, deployment arrangements, coordination and control mechanisms, and resource and training needs. The security response plan should detail the police roles and responsibilities during the election, including rules of engagement, codes of conduct and use of force standards so as to be able to question accountability and performance of the police before, during and after election in the country.

I would suggests that any electoral security plan put in place to safeguard the #Ugandadecides2021 general election should also clearly define the operational boundaries, chain of command, and coordination arrangements among different security agencies, institutions or units like the military. Communication and coordination mechanisms with Electoral Commission, political parties and other relevant civil society organizations responsible for the administration of the election should also be included in the plan. In this regard, joint operation arrangements are needed to be set up between the election and security authorities.

Police officers will need to make sure that they stay clear of the common mistakes: intimidation and unlawful arrest. A last line of protection for election integrity is the ability to recount votes.

However, as mechanical voting equipment from the 20th century is increasingly replaced by software-driven electronic voting machines, recounts of paper ballots are no longer guaranteed.

In my view as a technologist, any modernization of voting equipment should include verifiable paper receipts provided to voters and election officials alike. That way, voters can be sure their votes were cast as they intended, and any concerns or disputes can be easily resolved via an objective, verifiable review process.

The author is a private investigator

0 #1 Akot 2019-11-26 19:31
Ugandans MUST bring down the tribalistic system that will give chance to UNITY & stop Museveni from using them as fire balls against one another, buying them off & rule them for life!

As long as the tribalistic system that goes against International Principles is maintained by Ugandans, they are alone with Museveni who will do as he wishes, whether they vote or not!

Why don't Ugandans want to live without Museveni in power?
Report to administrator
0 #2 Lysol 2019-11-26 22:17
What elections? A sham election is a complete waste of time and resources.

Those who participate in them also condone and abiet the corrupt regime and are parts of the Uganda's political problems.
Report to administrator