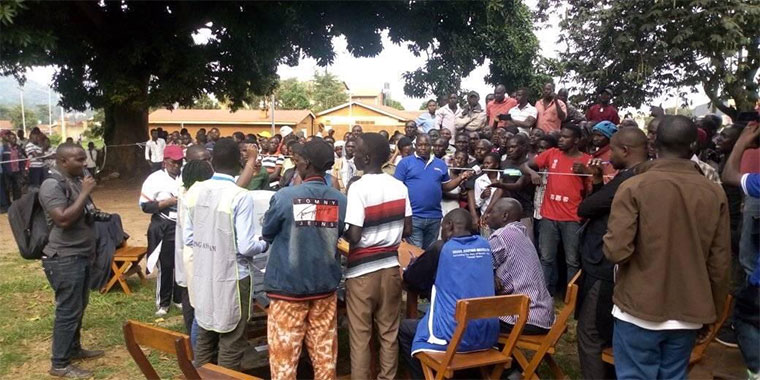 If the prognosis for Uganda’s future politics is hopelessly grim as the doubting Thomases and the inevitable Judas Iscariots [not so erroneously] maintain, the future doesn’t seem too promising.

It might be quite revealing for the incumbent and hopefuls to threaten not to stand in the 2021 election; hold their breath and see who their real supporters are. They will be surprised. A withdrawal threat, though, would not be necessary; such a calamity would introduce new insurmountable complexities, yet the ‘Pandora’s box’ is already full.

Few Ugandans have a mental image of the chaos of the terrifying times of the past to fathom the consequences of making wrong choices. However, simply staying the course won’t work either.

To deal with challenges that have defied sustainable solutions and guard against the resurrection of old ones, it is going to be more than business as usual. The winner of the next presidential elections will inherit a different country from that of the one the post-independence leaders left behind. He/she will inherit a more difficult combination of challenges than any of his/her predecessors faced.

After a long period of drift from normality in every domain, the chronic decline in key service delivery and disastrous mistakes, the first task will inevitably be reconstructing a new sense of national purpose; reviving public confidence and reshaping public policies over a wide range of issues.

The winner must learn or [if it is the incumbent] relearn how to build convivial working relationships with friends, foes, allies, estranged neighbours and foreign development partners [Western countries]; revitalize the economy and deal with unprecedented unemployment and under-employment.

She/he will have to tame a national budget awash with red ink audit markings that keeps leaping by geometric progression. He/she must turn the corners on the existential problem of environmental degradation, and continue improving the defence of the nation against global terrorism.

He/she must have a coherent vision for Uganda’s regional and world diplomacy based on enduring national interests, values and realistic assessment of overarching priorities; understand that not even the most powerful presidents in the world can shape every event according to their own preferences. The electorate expects legislation to conform to public opinion, not public opinion to yield to legislation.

As Brian Pusser cogently put it, “an essential concept that has occasionally surfaced at the periphery of public good is the idea of universities as public space, not in relation to the state or the broader political economy but as sites of complex, autonomous political contest in their own right; sites for the production of critical thinkers, fundamental to the rise of a vibrant democratic culture.”

Legendary British war-time prime minister Winston Churchill’s allusion to the empires of the future becoming empires of the mind in his monumental speech of September 16, 1943, further confirms it.

In a keynote address delivered at the first joint meeting of university chancellors and vice chancellors [July 22-23, 2004] Prof Apollo Nsibambi [RIP], described universities as “factories of ideas.” The winner should, therefore, recognize academia as a public good, treat it as an enabler of development; not political enemies or saboteurs.

He/she mustn’t ignore or persecute anyone because of the regions they come from, their religion or political convictions, but form an all-inclusive national government; ensure that public institutions become more democratic, accountable and relevant to policy priorities rather than personal self-interest, and give them the discretion to demonstrate accountability in ways consistent with national interests.

The author teaches governance and politics of public policy

m7 wins by stealing the election and deploying the army to protect and intimidate the natives of Uganda. Uganda the land of looters corruption and opposition graves!
Report to administrator