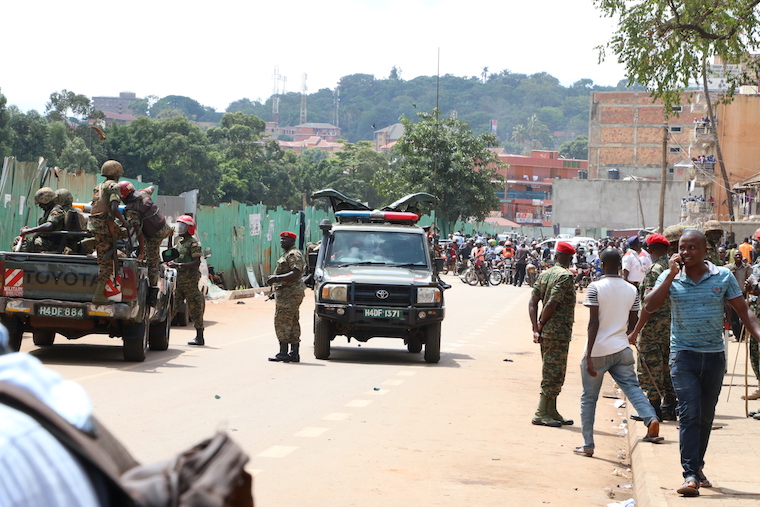 Nigerian novelist Chinua Achebe tells the story of Eneke the bird:  asked why it had learned to fly without perching on the twig, it responded that it was because men had learned to shoot without missing their mark.

Perching on the twig would mean being shot. Thus, for safety, it had to keep flying. Put simply, the times had changed and it, too, had changed with the time.  I want to use this image of Eneke to reflect on time and temporal moments, and the complexities of political struggle in Africa – with Uganda in mind.

If there are any lessons to learn from Egypt’s Tahrir Square of 2011, or the Tunis vendor, Mohamed Bouazizi who set himself ablaze, or the Harare protestors against Mugabe in 2018 or La-Lucha movement in DRC, it is that capital cities have become the new battlegrounds for political struggle.

A decade on, we have learned that the claim that Arab Africa was unique; and that the “Arab spring” could not be replicated in sub-Saharan Africa was inaccurate.  Countries with long-serving leaders – often continuously elected with big majorities – may have unique political contexts, but are not exceptional.

They will have to go through similar political phases in their lives as modern states. We are in the era of street protests as the language of political negotiation. Not too long ago, protestors managed to inundate Khartoum and force Al-Bashir to step down.

Protestors stampeded Kabila from changing the constitution and only settled for a deal – which still saw him out of office. The times have changed.

From the 1960s throughout the early 1990s, long-serving presidents/ autocrats were deposed through force of arms. Violent rebellion was a legitimate form of political struggle.

The phrase “going to the bush” attests to this.  This was the time of the Cold War where major powers – USSR and USA – would take sides in these struggles.  Oftentimes, these powers actually started the wars for their interests.

The winner was their winner – the new regime was their regime.  The defeat of Russia, the dismantling of USSR, marked the end of the Cold War, and ended the legitimacy of violent rebellion as forms of political struggle.

Two things happened after the collapse of USSR: The rise of the free market economies across the world, marked by the IMF and WB violence of Structural Adjustment Programmes [getting government out of the markets, business, employment, etc.].

With IMF and WB fully entrenched in the life of African economies, only leaders elected through universal adult suffrage were legitimate. IMF and WB would only lend money to people borrowing on behalf of the people who would have elected them.

[It is worth noting that elections in Africa happen not because leaders want to be democratically elected, but because they want their borrowing credentials renewed and confirmed]. To this end, it is not that there are no more bushes in Uganda. It is just the time that has changed.  Leaders pursuing violent rebellion will neither have support (arms, money, intelligence) for the struggle, nor legitimacy in the event of victory.

But something else also happened: human rights were born. Over the last two decades, the requirement to respect human rights has become more demanded and more palpable in the lives of the governed.  The right to assembly and free speech.

The right to protest.  One major development was responsibility to protect (R2P) which despite its selective application, it granted the wananchi protection from the excesses of merchants and thieves – common in African states.

In the language of human rights and freedoms, bad leaders can be resented and protested not through the bush, but through the streets of major capitals.  This provision of resenting bad leaders through street protest was least applied on the African continent before 2010 when Mohamed Bouazizi set himself, and the continent, on fire.

To this end, if resistance to autocracy had received the imagery of “going to the bush,” the bush has now become a discursive term denoting “any legally protected space and form of political struggle.”

It is not the thickets and jungles locatable in the countryside.  Surely then, Kampala could be unique as regards the social political conditions, but it is not exceptional.  Like Khartoum, Cairo, Harare, Kinshasa, Tunis, or Kigali, whose supreme leaders are by all definition “democratic autocrats,” the struggles against them take a singular format. Opposition players have to quickly realise Kampala is constantly inviting them for their struggle.

But at the same time, they need to beware that their opponent has this invitation too – and is bent on intercepting it. Items like security cameras; personnel like LDUs may be pitched as responses to crime, but are actually protection for power.

There is something called the right of expression and speech. One can be stupid or make no sense at this forum or just annoy the sensitive ones with weak nerves like Opolot and watch them tear themselves apart or have sleepless nights.

You may actually enjoy it. Or if you're sexually attracted to pig/ zoophilic. you can wrestle with it in the mad. It might turn you on instead of Lakwena or Spire.

No wonder Lysol thinks with his lower parts. Hence all the filth comes out through the mouth. Eish!
Report to administrator
+1 #12 Akot 2019-10-21 20:04
[Kampala as ‘new bush’ for political struggle]

What if every tribal land becomes the new bush for political struggle?

Will Museveni still be in State House as chief tribal leader ruling through the tribalistic system in a zone he has no tribal land, yet is the only one who has right to freedom of speech?

Where is Dr S. Nyanzi & why is she in prison?

Ugandans have right to freedom of speech when they get at one another, but not when they do so against Museveni!

So, how will change that Ugandans so desperately need, come & who will bring it for them?
Report to administrator
+1 #13 kirya 2019-10-23 01:28
m7 is a scared thug the noise oi rat terrifies him. he knows the money tricks are running out .

The population is tired of corruption and meaningless promises. The man run out of his empty box of ideas.

Uganda is starving for new leaders from a different part of the country. I support the suspension of AID.

I support the boycott of the thugs. m7 the beginning of the end is coming sooner than later.
Fellow Ugandans we are in this struggle together.
People power in the morning,in the day and at nighttime. keep the frame burning!!
Report to administrator
12