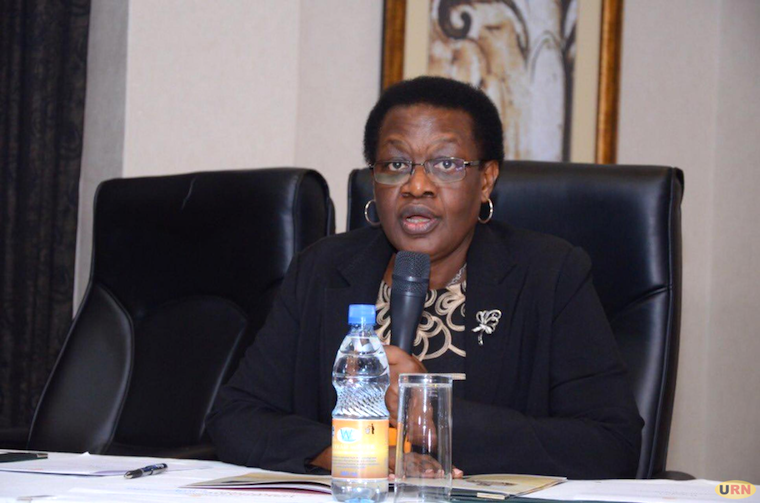 The Inspectorate of Government was established to majorly tackle corruption

Ugandans are faced with a myriad of questions over the high levels of corruption. Why is corruption so endemic in Uganda? Why are we not winning the war against corruption? What is the way forward?

Corruption is characterized by dishing out money, giving unfair marks, favouring a certain group/tribe/race over another. Every Ugandan I know attacks and criticizes some of our leaders as corrupt, greedy and irresponsible.

Is it not strange that our leaders did not just drop from the sky? They are normal human beings like the rest of us, who were raised by their parents, went to the same schools like the rest of us and joined politics so as to address the challenges of our time.

But as soon as they get elected or selected, they change immediately. They cease to be servants of people; they instead behave like overloads or even warlords. It’s the people who serve them, and not vice versa. The same man who once upon a time stood before the national television, speaking and criticizing the corrupt leaders and even heaped curses on them is now a parasite, a fat cat, acting in an unacceptable manner without shame whatsoever.

The reason corruption has become endemic is simple and straight-forward. It begins from severe need and chronic want. Most of us were born poor. We struggled to go to school, and then graduated into poverty and unemployment, ultimately joining the rat race.

Even when we eventually get the jobs, it is not usually what we craved and desired. There is a common saying among the corrupt: “Everybody is doing it. It is the way to go these days; otherwise, you cannot survive or you will be taken for a fool.” This is the first build-up to the vice.

Mass unemployment has made lives tougher. Those who went to school with the hope of finding jobs to do afterwards would soon wake up to reality. There is nothing for them.

Those with brilliant ideas cannot activate and actualize their dreams. There is no credit system to assist in fertilizing their brains. Most civilized societies thrive on credits and overdraft. Ours is totally dependent that a handful is beneficiary of credit systems by the government. These are some of the reasons corruption is very attractive and extremely endemic in our time. It has also become a crime not to have money in Uganda.

The weak and ineffective judicial system is something to ponder about. You find an individual embezzles millions of dollars, when he is summoned in the courts of law; he pleads not guilty and pays bills which are normally a small fraction of what he stole so that he is not sent to prison during the court proceedings.

Since he still has the money, he is able to destroy the evidence and later hires expensive and smart lawyers who will argue the case to the effect that the magistrates concludes there is no substantive evidence. And then the case ends up dismissed. This is the tragedy of our time!

Are we the most corrupt people on earth? The answer is NO. Ugandans are among the most hardworking people on earth. Most of us work hard but without commensurate results or rewards.

Some combine several jobs and juggle this with a couple of gigs to survive in the forest of a thousand demons. Those who let others give us the tag of the most corrupt people on earth are few and far between. They are people who stole in arrears and in advance. They stole more than they or their families, and even generations unborn, would ever ordinarily need.

How do we then tackle corruption? We need to start the fight from family and school levels. We should also address the issues of unemployment. Moral regeneration programmes are vital.

The Anti-Corruption Coalition and other non-government organisations are doing a great job but we are still far off the target. The dangers and evils of corruption on the economy should be constantly put in the dailies and other magazines. Finally, zero tolerance should not just be a slogan but a common practice in all offices and situations.

The writer is a lecturer at Muteesa Royal University.

Ugandans of good will have to fight back by all means to dislodge the man fro Rwanda from the state house.
Report to administrator
+2 #2 kirya 2019-10-20 02:00
I laughter when m7 described Bobi Wine as the problem .M7 you are too old to manage Uganda let the young ones take over.

Our people are being killed in the streets. The roads are graveyards.dictator you self imposed yourself . The elections are meaningless because you rig them.

I am sure m7 you have never won any elections. m7 you are a thug a looter and a corrupt low life killer.
Report to administrator