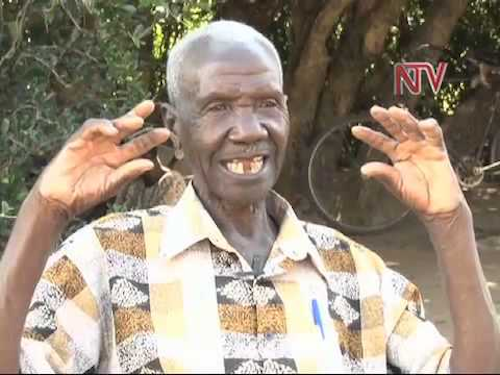 Major Kanuti Akorimo was the only professionally trained man (not just a soldier) with all the skills and credentials to hoist the Uganda National Flag (UNF) on October 9, 1962 when Uganda got her independence.

He was not simply picked out of the blue to hoist the UNF at our independence. His contribution to the making of Uganda’s history is indelible and cannot be wished away!

As I marvelled at the thrilling parades during the Independence day celebrations on October 9, 2019, memories of Akorimo lingered in my mind.

Is he still alive? How is he faring health-wise? Will there be a mention of him at these celebrations? It has since emerged that Akorimo is still alive.

He has been hit by a stroke and is battling for his life in Kumi district. The family is in dire financial need and cannot even afford the basics like transporting the patient for the routine medication!

The last time I saw Akorimo at an Independence day celebrations, he left a very disappointed and bitter man, protesting the litany of unfulfilled promises and failure by the state to accord him his due respect as a statesman.

Akorimo’s plight reminds us of another national icon who died a pauper. His name was Brigadier Shaban Opolot. Opolot was Uganda’s first army commander, the humblest and most civilised of all the army commanders Uganda has produced, according to eye-witnesses.

He was a neutralising figure who won the trust of both the Central and Mengo governments during a tumultuous period in Uganda’s history. Opolot may be dead but we must and should accord people who have made their contribution in the making of Uganda’s history the honour and respect they deserve when still alive.

It is hypocrisy of the highest order to celebrate at their funerals only after death! I call upon MPs to move a motion compelling government to assume full responsibility towards Akorimo’s welfare.

In defence of his proposal, Kigozi argued that a hike in the nomination fees will see the electoral process attracting only serious candidates who are capable of delivering on their constitutional mandate.

Kigozi’s argument is laughable. If we are to use money as the standard to measure one’s leadership capabilities, then that would mean that in a family—the most basic unit of any community—the more affluent the parents are, the better leaders they are.

But that is not true. If there is anything the EC should be doing about nomination fees it should be lobbying parliament to scrap them. As Africans, we of all people should be able to appreciate the unfairness that the lack of financial means brings to leadership.

The abundance of great leaders in Africa notwithstanding, look at the world and see who much influence Africa has. To address Kigozi’s concern, I suggest that the EC instead tweaks its current nomination process.

Because leadership is about mobilising and galvanizing people, the number of signatures of endorsement required before one is nominated can be raised to a threshold enough to prove that one is capable of mobilising the people they intend to lead.

There seems to be a titles and accolades epidemic in Uganda. The tendency to unnecessarily stratify society into classes based on titles, accolades and celebrity stature among Africans has reached a new crescendo.

The command and demand for titles in Uganda needs to be examined. Titles are earned and well deserved, alright. However, when titles and accolades begin to define us and who we should hang out with, then it becomes socially problematic.

A sudden exuberance for meeting acquaintances could easily descend into a title race of sort. People lavish in their professions, office positions, or association memberships as a sign of class accomplishment, or achievement.

The desire to climb to prominence, and to shun the stark ugliness of failure have generated a society of duplicitous generation studded with often trust-deficit relations.

I recently realised that interpersonal relationships have generally declined substantially among Ugandans, both in value and practice. There is a low level of social capital’s basic elements of trust and reciprocity.

Everyone seems to be in a competition for an invisible crown. Uganda has become an extremely stratified and indifferent society.

There are those who have done extremely well for themselves – acquiring education locally and abroad, set in good jobs and connected to the right people in the right spheres of power. These are not afraid to swing their power at you.

Then there are those who have grassed as providence deemed – mostly for belonging to a wrong ethnic group, age category, history of conflict and you know, lack of titled background.

To overcome the class divisions, one must lie, pretend, or project self above their real means. We should be conscious of our privileges or even the power that we hold and how these may harm others.

Titles and superimpositions come with certain prices. More of our peers have become materialistic to show accomplishment, others bullish and yet many have turned rogues and predatorily callous.

Every company needs a retreat

One of the most important things in a company is that there are very good employee-employee and employee- employer relationships.

Company owners can improve productivity by investing in a company retreat. Getting away from the stressful atmosphere of the workplace can do a world of good.

A company retreat allows them to regroup, rediscover their passion for their job, and reduce their stress levels. These retreats include team activities and trainings that enable workers to identify and incorporate the strengths of the individuals to achieve company goals.

These retreats give an atmosphere that can encourage communication and build a feeling of appreciation and trust between the workers and their employers.

The beauty about all this is that our country is well endowed with the best sites to hold these activities. Nothing would beat a retreat to one of the resorts, game parks, islands, or any other site in this rich country.

Section 160 of the UPDF Act 2005 states: “The Minister shall, by notice published in the gazette, declare and make known what mark or marks when applied to any arms, clothing, equipment, vehicle, aircraft or boat shall denote them as property of the State.” To interpret this statement, the qualifier is to make known what mark or marks [is recognized under the UPDF Act].

The offence is committed under section 160 (1) in the same Act. “Any person who with fraudulent intent applies to any arms, clothing, equipment, vehicle, aircraft or boat any mark referred to commits the offence.”

The red berets used by the People Power pressure group is not a mark within the meaning of section 160. The violation is when you get a mark declared and apply it on the beret (or any clothing).

If I am to wear my intellectual property law hat, one cannot monopolize the colour. According to a number of rulings by the Court of Justice of the European Union (CJEU), it is necessary to prevent certain colours from being monopolised by companies for reasons of general interest and free competition.

However, a colour or a combination of colours can be registered as a trademark when it acquires distinctiveness. Practice shows that colour can only obtain trademark protection when it has acquired distinctiveness.

It will be disturbing for the government of Uganda to monopolize the red colour.