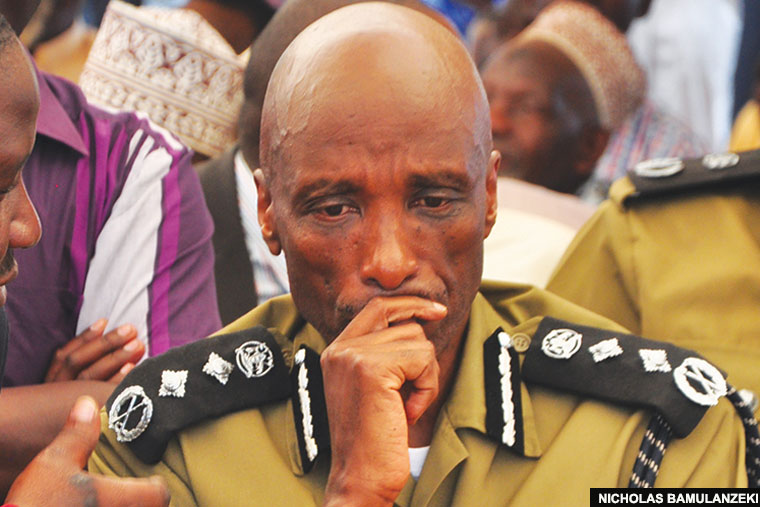 Anyone who is opposed to imperialism and all its manifestations would have received the news regarding Kayihura’s sanctions with mixed feelings.

You know that you have been around long enough when you witness a whole spectrum of double standards with which Ugandans and Africans at large embrace American values.

For instance, when America implores the Ugandan government to ensure that the rights of sexual minorities are observed, we are quick to remind Americans about the need to mind their own business, leave Ugandans alone, and recognize the sovereignty of Uganda.

However, when America intervenes by sanctioning General Kale Kayihura - whose public opinion rating is at its lowest - we applaud America and even volunteer to offer more names of people who should be sanctioned.

At this rate, I worry that should there ever be a referendum on whether Uganda should be re-colonized by a Western country, it would be a no-brainer to bet on most Ugandans preferring a re-recolonization than continue with the current brand of governance.

As a country, how did we suddenly get to a point where even after 57 years of independence, the institutions we have built cannot competently caution, sanction or reprimand individuals who have abused the powers of office entrusted to them?

For instance, while committing all the alleged atrocities, I suppose that General Kayihura had a loving family to return to; he subscribed to a church for his spiritual nourishment; he had a concerned appointing authority to report to; and he had a circle of personal friends with whom to share light moments.

It is easy to understand why complaints and warnings from opposition leaders, whistleblowers, human rights organizations and newspaper columnists could have been ignored. The “noise” from such groups could have been summarily written off as coming from people with personal interests such as pleasing their funders.

However, the question that remains is whether General Kayihura’s supporters did their best to save him from his current predicament. Had Kayihura created a semi-automatons state within a state in which he was the alpha and omega of all his operations?

Three possible conclusions can be deduced from Kayihura’s current crisis. The kind of crisis that has lately made him appear like an angry man overwhelmed by a deep sense of betrayal, inflamed by anger, twisted by confusion and withered by sadness.

That all Kayihura’s support systems had no clue of how he was handling his office; everyone knew what Kayihura was doing and approved of it; people knew that what he was doing was wrong but were too powerless to influence him. All the three possible conclusions require a deeper introspection from whoever is close to or cares about him.

Upon visiting most modern and middle-class homes, one will notice that as long as there are children in that home, the main program on most television screens are children’s programs.

In some cases, the children’s programs continue running even when the children are away. Similarly, it is common to find husbands watching TV programs in which they have zero interest but do so in the interest of their wives, just like some women will watch Premier League matches with their husbands when they are clueless about the teams.

Also, most people will probably know that for most males living with a partner, regardless of the titles and ranks possessed, the dress code for any particular day is usually a reflection of the partner’s choice.

Therefore, by analogy, mutual dependence generally has a reflexive reciprocity of mutual vulnerability. In a family situation for instance, even army generals are not blind to the wisdom that choosing peace is better than choosing to be correct, or doing what pleases self.

Anybody who is keenly observing and reading between the lines will correctly speculate that more sanctions against other high-ranking officials are imminent. Therefore, considering that a sanction against one person affects several thousands of people, we should all be contemplating what it is that we are doing to prevent further sanctions.

In our various capacities, we all have roles to play in ensuring that the institutions we have created work for everybody. Otherwise, if we continue to detain some people like they are criminals while others are treated as though they are on vacation, we shall have indirectly and unfortunately given any foreign powers an open invitation to interfere in matters that are ideally internal.

The writer is a social worker in Alberta, Canada

0 #1 Lakwena 2019-10-02 16:31
Thanks Deo Sselwanga. It seems African/Ugandans are cursed with the Pauline Dilemma. In Roman 7:15, St. Paul curses himself for the lack of self-control over his conduct in life.

In other words, like many others before him; Gen Kayihura must be feeling like a used, useless idiot.

But I think in 57 years, we have not built institutions. But we only succeeded in destroying institutions bequeathed to us by our former colonial master.

E.g., from our highest institution of learning like Makerere University, I only see decay in all aspect.

In other words, there is no value addition to write home about. Everywhere and everything you turn to see, is fake and improvised.
Report to administrator
0 #2 Lakwena 2019-10-02 16:42
As you have mentioned above, I suppose, like in the "Beautiful Ones are not yet Born" Ayi Kwei Armah says that: “… the soldiers came back to homes broken in their absence and they themselves brought murder in their hearts and gave it to those nearest them”

In other words, from Mr. M7 downwards, most of our corrupt, cruel and foul politicians and/or decorated General, must be feeling dirty and yet they want our salutation and respect.

At the expense of the rest of Ugandans; they feed, house, dress, educate, transport provide 5-star health care, etc. for themselves and their family members on stolen (blood) money.

Am one of those willing and ready to provide more names including a General who changed his name for reasons i have never known, i dont see the distinction between Paul and Soul, a Rose known by any other name remains a rose.
Report to administrator
+1 #4 Lakwena 2019-10-03 07:44
Quoting WADADA roger:

Am one of those willing and ready to provide more names including a General who changed his name for reasons i have never known, i dont see the distinction between Paul and Soul, a Rose known by any other name remains a rose.

But Wadada, it is not the secret of the universe that; the only General who changed his name is non other than Gen Tinyefunza sic Sejusa, cam Tinyejusa.

The guy superintended over the worst atrocity, terror and murder, committed on the people of Acholi sub-region.
Report to administrator
+2 #5 Lysol 2019-10-05 22:05
For some of us who helped bring his downfall, we celebrate.

The pen is stronger than the sward. Who is next? Guess!!!! Get them one by one before you reach the very top.
Report to administrator
-2 #6 kambarage julius 2019-10-06 02:58
I hate to see so called intellectuals like this author make sweeping vindictive conclusions about people with no attempt at analysis.

It is obvious that Kayihura was vindicated by forensic investigations of the evidence against him which was found to be driven by personal vendetta with his colleagues and which was well known to the public.

It hurts to see these so called analysts join the vindictive wagon of press-dependent public to demonise an innocent man. Indeed the suspected mastermind of the false accusations about the police in the last 3 years of kayihura's leadership mentioned in a recent interview that ' the press can make or break', indirectly revealing that he used it to destroy his comrade.

Notably the enrolled press went on to falsely accuse Kayihura, a known teetotaller, of drunkenness!!!!. Anyway may these kind of uninformed submissions stop featuring in credible press like The observer and I advise the General to sue some of these so called authors of falsehoods.
Report to administrator
0 #7 kirya 2019-10-10 01:20
The list should be longer but not complete until all the bushmen are listed!

I hate to see so called intellectuals like this author make sweeping vindictive conclusions about people with no attempt at analysis.

It is obvious that Kayihura was vindicated by forensic investigations of the evidence against him which was found to be driven by personal vendetta with his colleagues and which was well known to the public.

... Notably the enrolled press went on to falsely accuse Kayihura, a known teetotaller, of drunkenness!!!!. Anyway may these kind of uninformed submissions stop featuring in credible press like The observer and I advise the General to sue some of these so called authors of falsehoods.

In other words Kambarage Julius was one the beneficiaries of Gen Kayihura's Organized Crime Syndicate.

Otherwise, in the real world, there is no smoke without fire.
Report to administrator