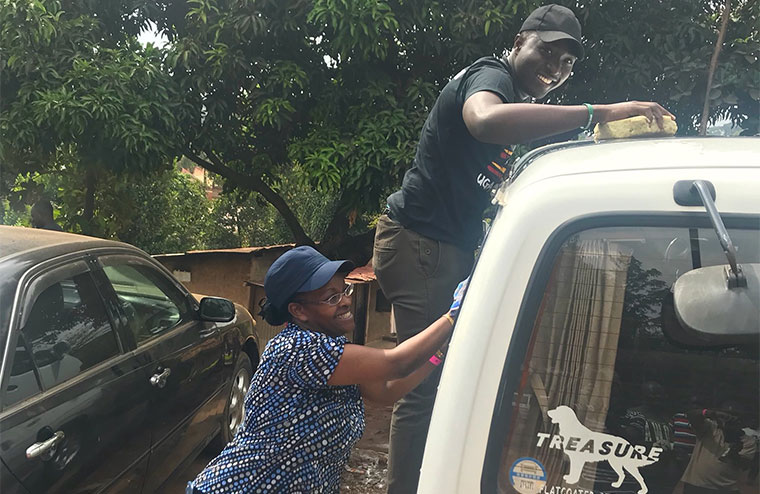 Among other things that distinguish us as Ugandans is how we spend our income, or money we don’t earn, and the expectations we have on other people’s monies. As some people have argued, these tendencies are partly rooted in our cultures but have sometimes taken an awkward turn in interaction with changing circumstances.

Many of our ethnic cultures in Uganda promote/encourage sharing and being there for each other. Some have called this Ubuntu, for the Bantu people; others have broadly placed it under communitarianism.

For instance, when someone dies on a village, on top of not being expected to go to the garden for about two days, members of the community are expected to contribute to the food to be eaten during the funeral, the water and firewood to cook it, and the labour to cook, serve, usher, dig the grave, and bury the dead. The bereaved would spend very little, sometimes nothing. As such, the saying that it is the owner of the corpse to carry the smelly side is not literal.

This approach as well applied to last funeral rites, weddings, and introduction ceremonies (which were usually small). Besides, such occasions were generally few and as such would not constitute a burden to the community.

Whereas contributions were voluntary, without constant reminders, there still was a price to pay for consistently not giving a hand when you had the means to. The community would revenge when you needed similar help, to the extent of collectively boycotting funerals.

Fast forward, many things have changed, and they had to. In some parts of the country, food became scarce – sometimes hardly enough to allow giving. Many energetic young people left for jobs in cities, mostly leaving behind the old that couldn’t do much on their own – usually relying on their urban relatives. Many cultural practices as well had to either change form or die away.

The culture of contributions metamorphosed to become mostly monetary. But at the same time, with increased interactions with the outside world, the number and form of celebrations/funerals changed too. Parties increased in frequency and pomp, and funerals largely went to paid handlers (funeral services).

As we became bolder and more formal, contributions were now directly sought through pledge cards, distribution of budgets, and ‘invitation’ cards. Gradually, the socially bonding cultural practice evolved into an urban nuisance – with all sorts of fundraising meetings.

A few weeks ago, a friend told me about his cousin that is organising a Shs 12,000,000 wedding yet he says he only has 700,000! For the balance, he has printed enough pledge cards. As the late Paul Kafeero sang, today some people count money in others’ pockets more than the owners – with precise estimates of how much you will give them.

Whereas helping each other is good for social living, the costs of our begging economy (both by individuals and the state) are becoming higher than the benefits. We have learnt to live larger than our means; including jobless people throwing very extravagant parties while crying about lack of capital!

Uganda’s combination of poverty and pomp is paradoxical! It is an expression of liberty, but a perplexing one. At an introduction ceremony in a family with an almost collapsing house, the bride has an entourage of over six other girls, all donned in new expensive gomesi that they change up to three times. A fleet of gifts bought from a begging spree fills the entire courtyard; only to go back into unemployed yawning soon after the occasion (if they do not have a balance from the contributions).

Because now everyone is each other’s beggar, workplaces are filled with endless contribution lists making rounds all year through. You have just finished filling a condolences collection list of a colleague that lost a mother, another list for condolences towards a colleague that lost a grandfather follows. No sooner has that one passed than another list for a colleague who has given birth arrives. Then a last funeral rites reminder!

Meanwhile another group is organising a baby shower, and they contact you too. Not forgetting that the cousin wedding the following month has already issued you a budget too. At the same time, an acquaintance has created a birthday WhatsApp group and added you, with constant reminders counting down to the ‘D Day’! Politeness keeps you there, but internally cursing the day you gave out your phone number.

Back home, in your suburban dwelling, the LC-1 is circulating a fundraising list for fixing your road. Your local church has also sent you three envelopes; one for tithe, another for supporting the choir, and the third for ‘development’. And each of the fundraisers seems to have a minimum expectation, below which the contribution may not be appreciated.

In an earlier article, I estimated that in Uganda if one randomly threw a stone into a crowd, chances are high that it will hit a beggar. I must add though, that the probability is also high that the stone will hit a person tired of begging messages and lists.

In Baganda morality, kindness is projected as a good thing, but, as in Aristotle’s notion of the golden mean, they set limits to its exercise and advise that too much of it can be dangerous. A flea can kill the dog that hosts it.

Whereas the communitarian spirit behind the rampant fundraisings is commendable, the excesses of the latter are inadvertently breeding vices of extravagancy, dependency, upside-down prioritisation, boastfulness, and entitlement without hard work. All these, though legitimate expressions of personal freedom, have profound implications to our development.

-2 #1 Akot 2019-09-04 17:30
Well, it seems Uganda is a well governed country that doesn't need change of leader as they have Education for ALL, Subsidised/Mondernised Agriculture, National Healthcare, good roads/housing...!

Ugandans are attached to tradition, culture, tribal belonging, yet are tribalistically divided & ruled by Museveni who has no tribal land in the zone, yet owns tax money & doesn't bother Ugandans.

Ugandans continue going to polls to legalise, officialise, constitutionalise Museveni & parliament, to reaffirm their satisfaction as to how they are governed!

Uganda sounds the most peaceful well governed country in today troubled world in which people are out in UNITY as & when needed to bring change of leaders to ensure they are served.
Report to administrator
+3 #2 Timothy Ainebyona 2019-09-04 22:29
I have always loved the humor that comes with your articles Jimmy and most especially the touch of reality that always beautifully tones every experience you capture.

I actually thought that I was one of the few that will actually hate this practice up to tomorrow. The poverty and pomp in Uganda goes to extremes.

I have however failed to find your earlier article where you have estimated that 'a stone would probably hit a beggar in a crowd'. Would love to have a piece of it as well. Good stuff mate!
Report to administrator
+3 #3 Ensi eno! 2019-09-04 22:31
Great piece indeed, Ugandans need to style up and stop this begging culture, it takes us no where and other serious countries laugh at us!

My annual budget for begging meetings is 200k only and once exhausted, I cant give any more.
Report to administrator
+1 #4 Lakwena 2019-09-10 12:29
Thanks Dr. Ssentongo, especially for the sense of humor about the high probability of a random stone-throw landing on a beggar.

In other words, just as the donor communities in the West have hit the donor fatigue and exhaustion button, so have many Ugandans with fundraising for this and that.

Moreover, attending some of the functions towards which one has contributed is becoming a bore and nuisance; considering the long-hour waiting, the plastic attitude and showbiz that goes with it.

At the end of the function, instead of satisfaction; one departs with a sense of void/emptiness.
Report to administrator