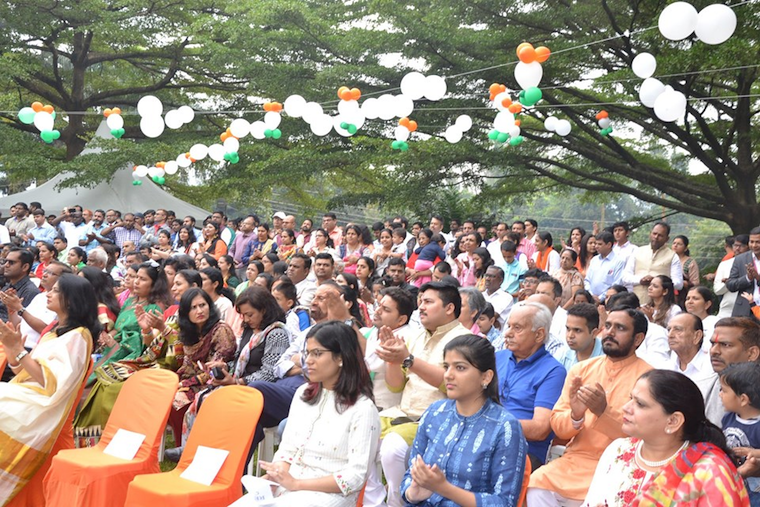 A picture of a man of Asian descent bleeding heavily with a shirt soaked in blood dripping from his head, as he was being helped to safety has not left me ten years on.

So are protestors holding placards reading, “Asians Must Go” and “For Every One Tree Cut, Five Asians Dead.”

I have neither forgotten the gruesome murder of an Asian man who was pulled off his scooter before being bludgeoned to death with stones and thick sticks. All these happened in one day, April 11, 2007.

On this same day, a group of over 40 Asians had to be evacuated from of an Indian temple under heavy security.  An angry mob of natives was waiting outside to assault them for their Asian-ness, which had become synonymous with the plan to cut down Mabira forest – for just sugarcane growing.

These incidents were quickly branded racist and condemned.  I do not intend to downplay or appear to condone their racist undertones. But I want to extend the ways in which we thought about this “racism” in the aftermaths of violence.

My contention is that violence has often been instructive – as it never happens in a vacuum but builds upon a series of events.  First, the poor cannot be racist. Racism is an infrastructure which privileges one group over another – and is often set into motion by the powerful.

Racism has material benefit which is often either denial of access to resources or is a method of stealing labour. It is not merely labelling and name-calling. Second, in moments of exploitation – say, the attempt to cut down a country’s largest natural forest with potential to damage an entire ecosystem – those protesting against exploitation cannot be called racist when they target the exploiter and the entire political-cultural system upon which the exploiter thrives.

One would then ask, why did the Save-Mabira forest protestors target an entire community – Indians/Asians – and not the individual exploiters, that is, Mehta Group/family or SCOUL?

This question can only be answered through the context of Uganda’s colonial history. At the conclusion of colonialism, the slaves of the British – often euphemised as “indentured labour” – who had been ferried into East Africa from India/Bangladesh were actually left privileged at independence.

These yesterday’s slaves had become plantation owners, manufacturers and monopoly traders – to the absolute disadvantage of natives.  Left in firm control of Uganda’s economy – controlling 97.5 percent of retail trade in Kampala, and 92 percent countrywide; banking in British banks and selling British-manufactured products, Indians/Asians came to be seen in the same light as the colonisers.

Matters were not helped with their acute racism and absolute bad manners shouting and ridiculing the natives they employed as hands.

Stories of Indians spitting, throwing rocks, and constantly berating their native workers were too common across East Africa. To this end, native Ugandans felt truly independent only after 1972 when Indians had been expelled – a matter even confirmed by the Ugandan-Asian academic, Mahmood Mamdani who has made a career writing and theorising their eviction.

[His major book, Citizen and Subject, is so embarrassingly biographical that, for his lack of ethnic rootedness in the land, he spends copious amounts of time fictionalising that there were no ethnic natives in colonies – and tribes were an invention of colonialists].

The events described above ought to be rudely instructive to our Asian-Indian compatriots (less to native-Ugandans) for they have gambled a lot. By the way, this is not an effort to bundle an entire community into the crimes of a few.

As a Muslim, I know first-hand, how dangerous generalisations and broad-brushes can be. Sadly, however, our Indian compatriots have created all those discriminative and self-group-profiling institutions projecting themselves not only as a singular group, but one that is also distinct, and exotic: the Indian Association in Uganda; Indian Community in Uganda; magazines such as Indi-Vision.

These groupings are nothing but racist self-profiling and self-alienation in the name of uniqueness. To this end, the crimes of one Indian are seen as the crime of the group – already self-identified and defined.

Is it not absurd, that in addition to living in secluded and secretive circles, these Ugandan-Asians still celebrate independence of the Republic of India – yet they seek to relate as integrated citizens.

Ten years on, the socio-political discourse in Uganda still sees “Abayindi” as a loathsome and abhorred group of people in Uganda. As I argued last week, our privileged Indian compatriots continue to project themselves – in overtly racist terms – as special and different.

They forget that privilege and exploitation tend to mean one and the same, and the exploited will often seek for an opportunity to bring them down.  I will return with part three on the theft of re-appropriation after expulsion.

123456
+1 #51 Stewart 2019-08-28 12:50
[quote name="Lakwena"]Winnie's biggest problem is lack of understanding and over generalization. E.g, unless she does not comprehend the English language, Yusuf's article about the Mabira Forest Riot debacle/blues is a caution not hate monger.

In other words, when you caution a reckless person or people, you do so not because you hate them, but because you unconditionally love him/her them.

Folks, it's high time we agreed that we are dealing with a first class punk, remember there are only two items without and end, that's the universe and Winnie's folly which you wont exhaust, let move on folks. CHAPTER CLOSED.
Report to administrator
-2 #52 Winnie 2019-08-28 14:08
Stewart is a total imbecile. Now he is pretending to 'love' Asians. Do you show love by abusing people and encouraging others to hate them? You pagan fool. Go and join LRA. You will find many friends there.

Akot, talk less and think more. Maybe then something reasonable will emerge out of your confused head.

It is always satisfying to demolish the attempts of scoundrels to reduce us all to being monsters. Let the "fellow" know that we have his number.
Report to administrator
+3 #53 PaulK 2019-08-29 08:35
The best thing that ever happened to Uganda was the expulsion of the asians.

These people are extremely racist to the point of discriminating agains their own( they have a caste/class system). Africans are taken to be subhumans.

Without their expulsion we would still be slaves in our country. And for all please get to know the real reasons why Amin expelled them.

Its not the garbage. we. have been told about that he had a dream. He had real reasons such as
Extreme racism and refusal to intermarry/intergrate with Ugandans

Stewart is a total imbecile. Now he is pretending to 'love' Asians. Do you show love by abusing people and encouraging others to hate them? You pagan fool. Go and join LRA. You will find many friends there.

Akot, talk less and think more. Maybe then something reasonable will emerge out of your confused head.

It is always satisfying to demolish the attempts of scoundrels to reduce us all to being monsters. Let the "fellow" know that we have his number.

In other words, Winnie has lost the argument and resorting to insults and threats.

The best thing that ever happened to Uganda was the expulsion of the asians.

These people are extremely racist to the point of discriminating agains their own( they have a caste/class system). Africans are taken to be subhumans.

Amin expelled them ... He had real reasons such as
Extreme racism and refusal to intermarry with Ugandans ...

In other words PaulK, in a country/world of surplus poverty, it is impossible to be or become obscenely rich/Wealthy without being unfair, unjust, exploiting, and manipulating others.
Report to administrator
0 #56 WADADA roger 2019-08-31 12:23
Winnie and Namulu, am looking for a house girl, one of the conditions is that she must be an Indian ASAP, if you are available, get in touch with me and if you cant find me, get in touch with sane Ugandans like Opolot or Lakwena, they will give you my contact.
Report to administrator
123456